Is the deeply divided U.S. ready to embrace paid family leave for all?

In this "Inflection Point" conversation, Katie Bethell is seizing the moment to fight for radical policy change 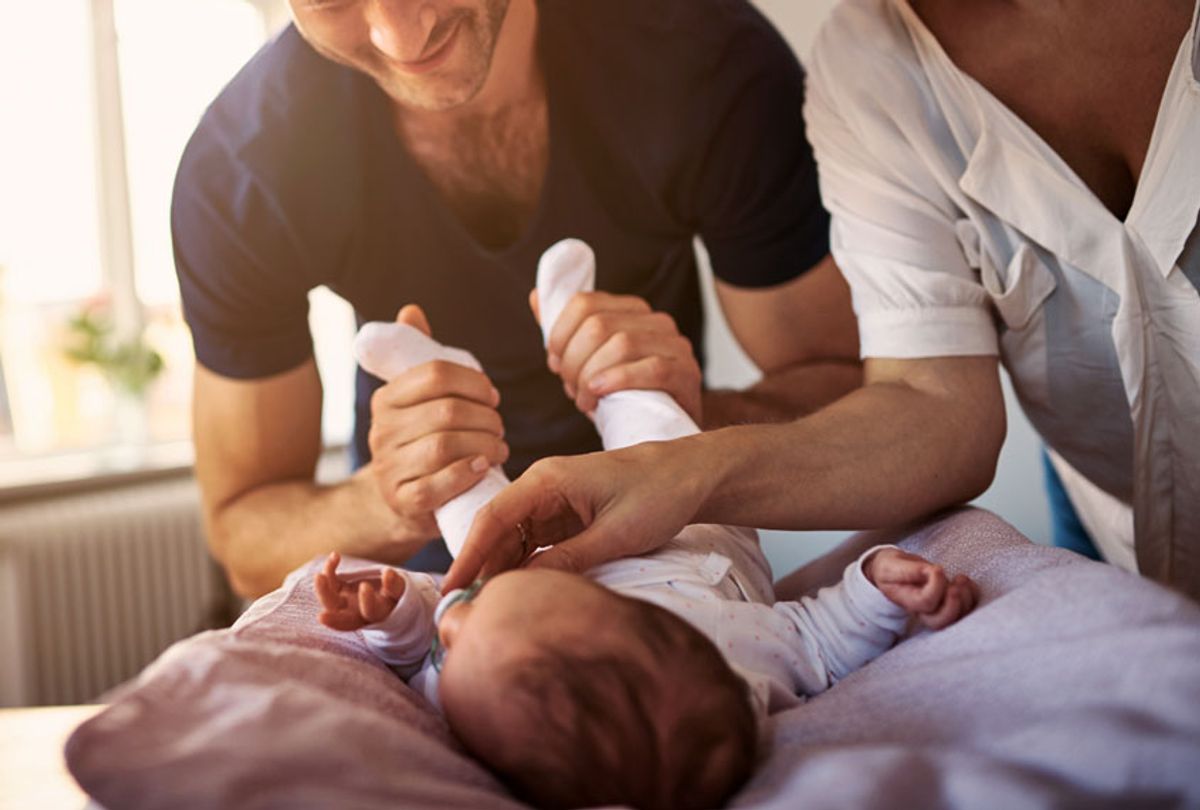 There are only two countries in the world that don’t guarantee paid parental leave: the U.S. and Papua New Guinea.

If you’ve never heard the above stat before, you might be surprised to learn that the "most powerful country on the planet" is tied for last place with one of the world’s poorest countries when it comes to caring for caregivers.

HEAR HOW THIS CAN CHANGE:

If you’re all too familiar with how the U.S. ranks for paid family live, the statistic is a painful reminder of how little progress has been made since the passing of the Family Medical Leave Act (FMLA) in 1993.

The bill, introduced as part of Bill Clinton’s first term agenda, only promises that if you take parental leave, you won’t get fired from your job for up to 12 weeks. But your employer isn’t required to pay you while you’re off. And if you work for a company with less than 50 employees or work as a freelancer or part-timer, you’re out of luck because FMLA won’t cover you.

So what do you do if you’ve just given birth and you have no income to cover medical bills and diapers?

If you’re like one out of four Americans, you drag your aching, wounded, leaking postpartum body back to work as soon as possible — usually within 10 days of having delivered a child. You risk developing major conditions like postpartum depression, post-Cesarean hemorrhaging, uterine infections, and breastfeeding complications, just so you can get that paycheck. And especially if you’re African American, you are more likely to die from postnatal complications than your mother was, a generation ago.

If American moms and dads are paying the ultimate price for a paycheck, can you imagine how this is affecting an entire generation of kids? And we haven’t even covered the effects shoddy family leave policies have on caregivers of elderly parents.

But this may be about to change. Katie Bethell, the executive director and founder of Paid Leave for the US, or PL+US, believes everyone should have paid family leave. On the latest episode of "Inflection Point," we explore how to create a radical shift in thinking about a not-so radical policy implemented by every major nation in the world except the U.S.

According to Bethell, we’re long overdue for systemic change, and now is the time to demand it.

“We’re starting to see this upswell of women's political empowerment,” says Bethell. “Big companies are starting to put out press releases bragging about their parental leave. So they are starting to view support of employees in a different way. So all of those were indicators to me that not just paid leave is important [and] paid leave is something I want to work on. But the third really important element is: we can win this. And as soon as you have those things together you have to go, because those windows of opportunity to win major transformational policy change do not come along very often.”

The question is, is the deeply divided U.S. even ready to adopt a social safety net like universal paid family leave?

Listen to my entire conversation with Katie Bethell, executive director and founder of Paid Leave for the US.