On the dangers of stereotyping. 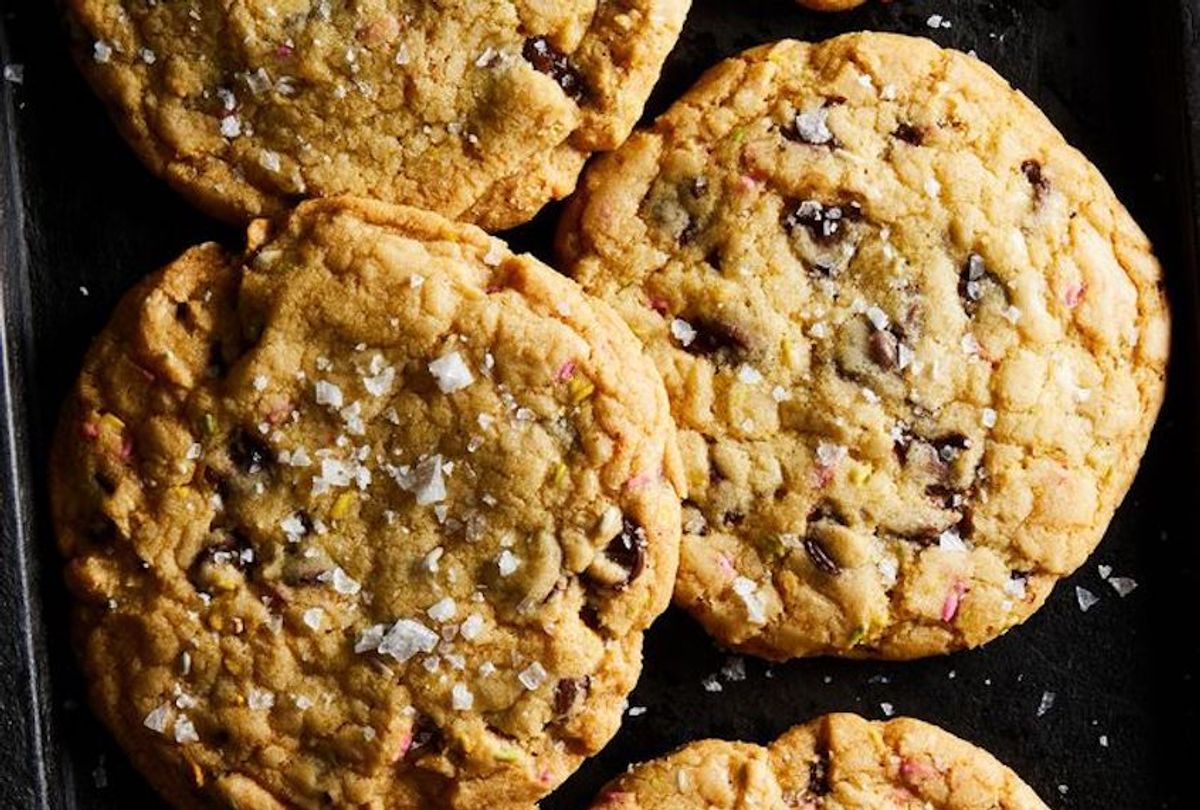 When I was 13 years old, I had a food blog called Eric Cooks. Once a week I’d write about a new baking discovery I had made, mostly cookies and cakes and muffins inspired by Gale Gand’s Food Network show, "Sweet Dreams," which I watched religiously after school every day.

With the show, and with the nudging of my cousin Becky who introduced me to box cake mix, I became enwrapped in the satisfying, comforting world of baking. I even had my own “Book of Shadows” filled with each recipe that came out successfully. Baking soon became my own version of magic, a reassuring sorcery I could rely on as I found my footing in the kitchen for the first time.

It was also an art, each perfect layer cake a performance with which I could impress friends and classmates and family members. Everyone at school knew me for my baked goods. My parents asked me to bake whenever we had people over. After 9/11, I raised hundreds of dollars for the Red Cross selling my cookies on the side of the road. I found a calling in baking, and with it a burgeoning sense of identity, empowerment, and purpose.

Until one day, another cousin made fun of me for it.

“You’re baking now?” he commented on one of my blog posts. “Are you gay or something?”

I hadn’t even thought that my love of baking could have anything to do with my sexuality — and at 13, I wasn’t yet sure that I was gay. I felt betrayed by this new hobby that had given me so much joy up to that point. Suddenly, it became a cause of great stress: Was baking going to be the thing that outed me to the world? There’s nothing worse than being outed before you can out yourself, let alone before you even know yourself.

I don’t speak to that cousin anymore. But in recent years, as I’ve started to open up about my sexuality, on the page and in my personal life, I often find myself thinking back to that interaction and how it must’ve been a turning point for me.

Maybe that cousin had a point: Even after RuPaul took over reality television, after gay marriage was legalized in the States, after openly gay political candidate Pete Buttigieg came into the public consciousness — baking somehow has always been gendered and fueled by sexual politics.

“The stereotype of baking being ‘gay’ has nothing to do with sexuality and everything to do with deeply rooted misogyny,” Buzzfeed food writer Jesse Szewczyktold me in an email. “Baking has been portrayed as a traditionally feminine activity, so naturally it has evolved into being labeled ‘gay’ — as the two often overlap. Homophobia is born out of misogyny, and we cannot tackle one issue without addressing the other. Men who genuinely think that baking is ‘gay’ have been programmed to think that women belong in the kitchen, and that they bake to bring pleasure to men, not to themselves.”

I asked pastry chef Zac Young if he’s ever brushed up against people who hold these stereotypes, and his views on whether or not baking can ever be “gay.”

“If a sensitive, delicate, studied blend of art and science is gay, then YES,” he said. “There is a patience, a precision, an aesthetic, an intuitive intelligence in working in a field based on creativity within the confines of science that could be perceived as ‘soft,’ ‘feminine,’ ‘dainty.’ But calling pastry ‘gay’ would be akin to categorizing meat cookery as some super masculine, butch, barbaric, ‘me man, this fire, I cook buffalo” task that could only be executed by a brute neanderthal.”

One way to diffuse these nonsensical stereotypes is to lean into them, reclaim them. In the way that Nigella Lawson has declared home cooking a feminist act, there may be an opportunity here, too, to call baking a queer act.

As food writer John Birdsall wrote to me, “For the generation of LGBTQ Americans who made the great queer migration to coastal cities with welcoming communities, a family recipe for a layer cake, a torte, or a pie was one of the things they brought with them, or re-created from memory, to communities in San Francisco or New York City to share with their new chosen families. This was a generation rejected, usually, by blood family, so these heirlooms were bittersweet links to hometowns they could often never return to.”

The notion of “chosen families” has for decades been rife with deeper resonsances in the queer community. What happens when you come out to your blood family only to be cast away? This is one of the main fears of coming out of the closet, and why so many people wait until they’re financially and emotionally independent before doing so. Because that risk of losing home is always there.

On the other hand, one way to preserve that sense of home is to bring it with you, wherever you end up — a recipe, a memory, a confrontation with homophobia in search of something better.

“I have always believed that baking breaks down barriers and brings people together to share their unique traits and flavors with others,” Brian Hart Hoffman, editor-in-chief of Bake from Scratch magazine, wrote to me. “A gay baker can certainly be gay, and bake, without the label ‘baking is gay.’ I like to think that baking is for everyone.”

Baking itself may not be gay, but it can certainly serve as a healing act in queer narratives. In many ways, my decision to lean into baking at 13, in spite of my cousin’s homophobic words, was the first step to leaning into my queerness and saying to the world, “Yes, I like to bake—so what?”

These cookies came about one night in my kitchenette when I was craving something sweet. I peered into my pantry and found dark chocolate chips and a bag of rainbow candy-coated fennel seeds that Jesse had given me early on in our friendship.

Before moving to New York City, I didn’t have a single gay friend. Now I have a posse. I call them my "Gaggle of Gays," all professional bakers, chefs and home cooks, and food writers. All confident in the aprons they put on every day at work.

I put on my own apron, tying it at the back like armor, and started on my go-to chocolate chip cookie recipe (one I've adapted over the years from this boss blogger recipe a friend once sent me).

After creaming the butter and sugars, then whipping the eggs almost into a meringue (to aerate them), I added a fearless tablespoon of vanilla (which I'm convinced is what makes this dough taste amazing). Finally, I mixed in the flour and baking soda and folded in the chocolate chips and fennel seeds, which dotted my blonde canvas rainbow. On parchment-lined half sheet pans, I scooped out 12 cookies with an ice cream scoop and baked them for 15 minutes exactly at 350°F.

@jesseszewczyk gave me a bag of rainbow candy-coated fennel seeds once, and I forgot about them until I had to drum up a cookie for the @food52 edit team’s holiday cookie swap last Friday. Threw them into my go-to chocolate chip cookies (a recipe I got years back when I was visiting a friend at Princeton, from some girl named Flora, which she got from some guy named Jaay). In addition to adding color, crunch, and light anise flavor, I have a theory that “candy coat” has a taste as well, because these reminded me of M&M cookies, which are my favorite. ?

As they cooled, they slowly deflated, leaving behind the most gorgeous crinkles, which in turn signaled to me that they would be just crisp at the edges, but unutterably chewy in the centers.

The slight bitter, aniseed flavor of the candy balanced the dark chocolate and salt in a way that only Book-of-Shadows baking magic can achieve.

To my knowledge, I don’t believe that these cookies themselves are gay.