Ki's grilled ribs with salt and pepper are to die for. 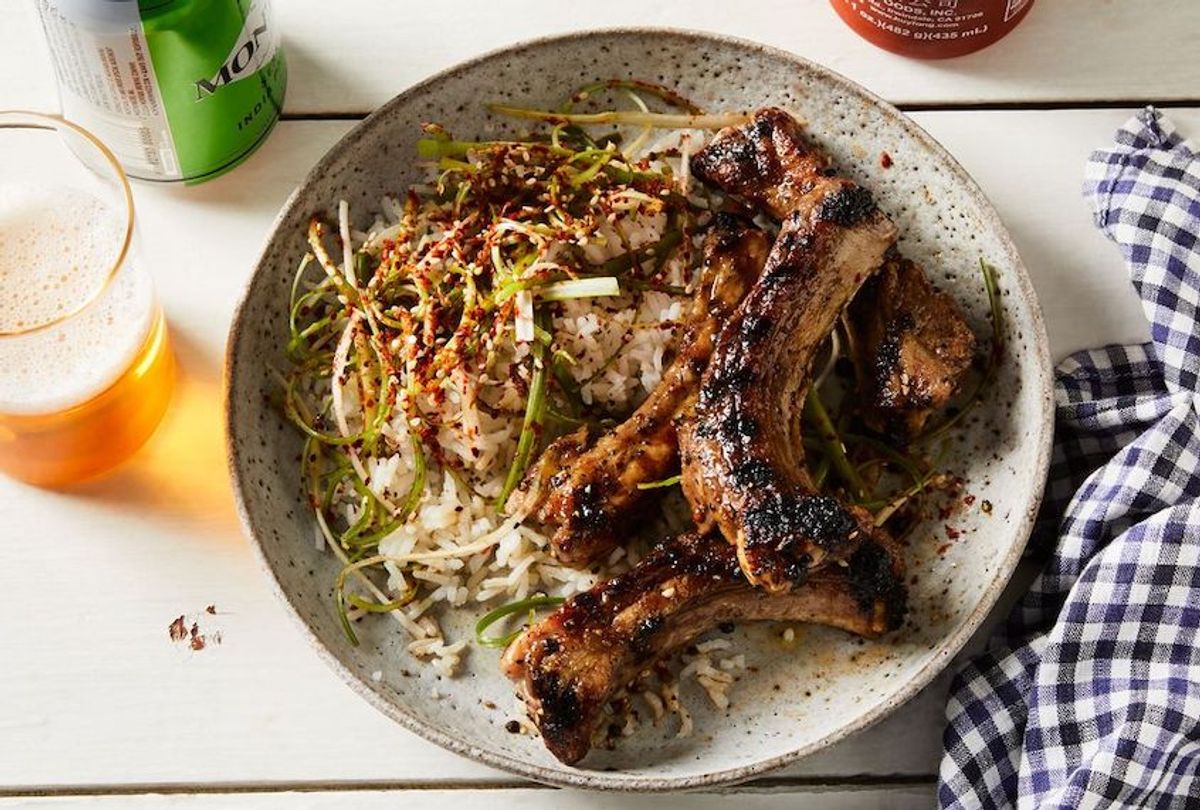 "We are HAPPY FAMILY." That's my dad's punchline on the rare occasion that all four of us — he, my mom, my brother, and I — are together in Atlanta. It's always in the car on our way to our favorite sushi restaurant, or to church for Christmas Eve mass. His voice, exaggerated and clown-like, booms from the driver's seat.

We laugh and tell him to cut it out: That voice is ridiculous!

Over the years it's been difficult to align our schedules to exist in the same city and time zone, even during the holidays. My brother lives in Los Angeles, I'm in New York, and my parents are in the South, where they've been since the 1980s.

But when we're lucky and stars (and flights) do align, we celebrate being under the same roof together by having a big reunion dinner. Even better when the weather's warm and we can eat outside on the patio.

There, my family has a grill. I don't know what kind it is, but it's big and shiny and steel. Ki Kim is great at many things, but the man can't cook to save his life. For some reason, however, he does happen to be an expert griller in the summer. To this day I still think one of his greatest contributions to the world is his signature dish: grilled salt and pepper ribs.

I love a saucy, slow-cooked rack of baby back ribs as much as the next guy, but my dad's grilled ribs are on another level entirely. When they came out of our test kitchen a couple weeks ago, the entire office descended on them like vultures, muttering, mouths half-full, "What's on these?"

I eye-smiled and said, "Salt and pepper."

How to cook ribs on the grill

My dad's recipe is simple: Cut a rack into individual ribs, salt and pepper them, then grill on direct heat until just charred and cooked through. An internal temperature of 145°F is what the scientists would say, but Ki the Libra always goes by eye.

I love these grilled ribs because they taste so much more complex than they sound, and take hardly any time at all to cook. There's something about the simple preparation, too, that lets you appreciate the pork's aromatic, gamey flavor (which I'm a huge fan of).

It reminds me of the way Korean BBQ is all about quick, high heat, even with cuts like beef short ribs, which in Western recipes are generally braised low and slow until fall-apart tender. These ribs are almost like mini bone-in pork chops you get to eat with your hands — charred on the outside, tender and juicy on the inside, and pleasurable to eat in their own way.

While they're great on their own, these ribs go with:

Grilled Ribs With Salt & Pepper
Serves: 1 (but can be easily scaled up)
Ingredients