The problem with Biden’s plan to push China on climate

In his climate policy plan released last week, the former Vice President had a lot to say about China. 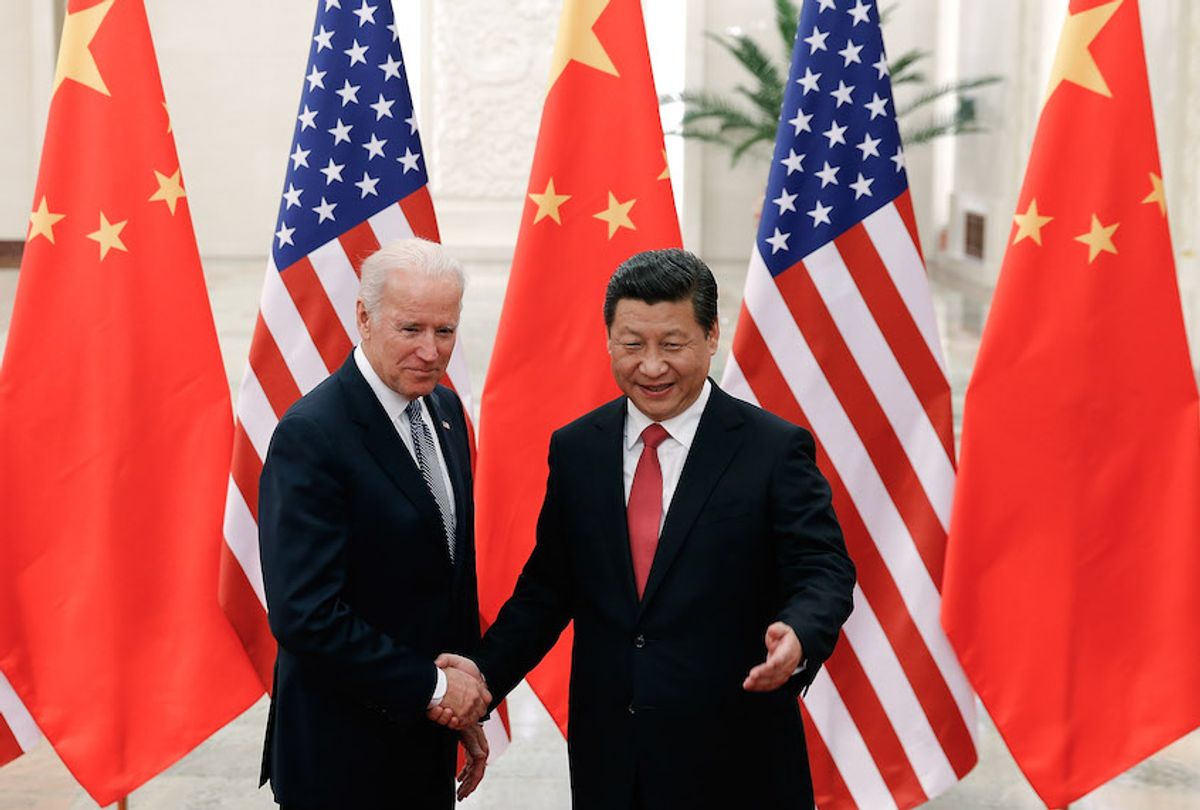 When former Vice President Joe Biden released his climate policy plan last week, he was the first presidential candidate to vow to use U.S. foreign policy to address the climate crisis. In his 22-page climate plan, Biden dedicates section three to “Rallying the rest of the world to address the grave climate threat.”

But he seems less concerned with “the rest of the world” as he does one particular country. Biden’s plan mentions China by name 13 times.

Not to be outdone, his plan mentions China 21 times. To be fair, Inslee also addresses the U.S.’ relationship with other major polluters, like India. Biden doesn’t mention India once.

Chris Nelson, executive director of the Harvard-China Project, thinks he knows at least one reason for the focus — and it’s clearly something our current president has figured out. “It’s politically advantageous to be tough on China, even within the Democratic party,” he told Grist.

Both Biden’s and Inslee’s plans essentially call for the U.S. to become the world’s climate hype man. On the agenda: Pushing for more aggressive targets than agreed upon in Paris; ending fossil fuel subsidies worldwide; setting a carbon tax on goods imported into the U.S.; and, yes, wrangling China. China as a competitor in developing green tech, as a big bad polluter, as a partner in averting the climate crisis.

Why? It’s true that Chinese cooperation is essential to overcoming the climate crisis. In 2017, China emitted 11.7 billion metric tons of heat-trapping gases, a quarter of the world’s total, making it the top emitter globally. According to experts, if Chinese emissions don’t start declining by 2030, we may as well throw the Paris goals out the window.

But can the U.S. make China clean up its act? And is this something we need to do?

The Trump administration has yanked the U.S. from the global climate stage, instead heralding the merits of coal and whatever the heck “freedom gas” is. Meanwhile, China is on track to meet its Paris agreement goal of topping out emissions by 2030, and may even end up doing so sooner than scheduled.

While the Paris targets now seem like they might not be up to the task, the fact that China has kept its word and the U.S. is withdrawing from the agreement has not been lost on the Chinese. An editorial from state-run media outlet Global Times questioned why China should be making concessions on fossil-fuel use while the U.S. was scrapping its promises: “How can China, still underdeveloped, give away a chunk of room for development, just to nourish those Western countries that are already rich?”

But Biden wants to hold China fast to stronger standards. In his plan, Biden says if he is elected he “will not allow China to game the system by becoming destination economies for polluters.”

Nelson, an expert on China and climate change, isn’t convinced the U.S. can force China to do anything. “Biden’s wrong to suggest that China is ‘cheating’ on its Paris commitments,” Nelson said. “That neither the Chinese or U.S. commitments are adequate is a separate matter. You can’t cheat on commitments that haven’t yet been made.”

As long as the U.S. has one major political party full of climate deniers, the rest of the world can’t exactly count on it to hold up its international climate agreements, said Gary Hufbauer, a nonresident senior fellow at the economic think tank the Peterson Institute. The U.S. has to re-establish its own credibility on climate change before it can tell others what to do, echoed Nelson, including re-engaging with the international community.

And here, Biden seems to agree as well. “While Trump is pursuing a damaging and erratic trade war, without any real strategy, China is positioning itself to lead the world in renewable energy,” Biden said in a speech in Iowa on Tuesday. “While Trump is attacking our friends, China is pressing its advantage all over the world. So you bet I’m worried about China — if we keep following Trump’s path.”

For Hufbauer, the U.S. does still have some climate credibility stored up — but the next election could be a huge turning point for international cooperation and averting the climate emergency. “If we end up with a new president, and they made a 180 degree turn, it’s possible we could re-establish American leadership on climate,” he said. “But if we re-elect President Trump for four more years, the world will look a whole lot different in 2024.”

In addition to garnering praise for coming in ahead on their Paris agreement emissions goals, China is beating the U.S. 3-to-1 on dollars spent on renewables and is (slowly) scaling back its reliance on coal.

But the jury might still be out on China’s newly obtained climate leader status.

For one, take its Belt and Road Initiative (BRI). A massive network of maritime routes meant to mimic the old Silk Road route, the initiative is worth $6 trillion, spans a good portion of the globe, and focuses on trade, energy, and infrastructure development. And from 2014-2017, the majority of financing in BRI countries went to fossil fuel sectors.

Biden’s climate manifesto says that he “will rally a united front of nations to hold China accountable to high environmental standards in its Belt and Road Initiative infrastructure projects, so that China can’t outsource pollution to other countries.”

Although Nelson said he thinks China’s motives with the initiative have been largely mischaracterized, “Biden is right that the carbon footprint of China’s investments under the Belt and Road Initiative is legitimate cause for concern.” Nelson went on to call the BRI a somewhat “shadowy” program — he pointed out that there’s no complete list of projects associated with it. Thus, there’s no way to fully track the “greening” of the process, as President Xi Jinping has committed to do with the United Nations’ help.

An official progress report issued this year on the BRI says,“The Belt and Road Initiative pursues the vision of green development and a way of life and work that is green, low-carbon, circular, and sustainable.” Yet, it’s been reported that multiple coal deals resulted from a summit regarding the project held in April.

Regardless of China’s climate crimes, real and perceived — and how good it might look to voters to use fiery language about China — both Hufbauer and Nelson agree diplomacy needs to be the name of the game.

“A hostile approach to China is not going to work on this,” Hufbauer said. “China is too big and too strong to be pushed around. But a cooperative approach is certainly possible. I hope there’d be some kind of dialogue.”

Nelson underlined the delicate balance that’s needed for the world to make climate progress: “It’s a really bad idea for the U.S. and China to be at loggerheads,” he said. “It’s essential for the two countries to be working together on climate.”