Trump has a special incentive to win the 2020 elections: to avoid facing charges

If he loses, he could end up in jail 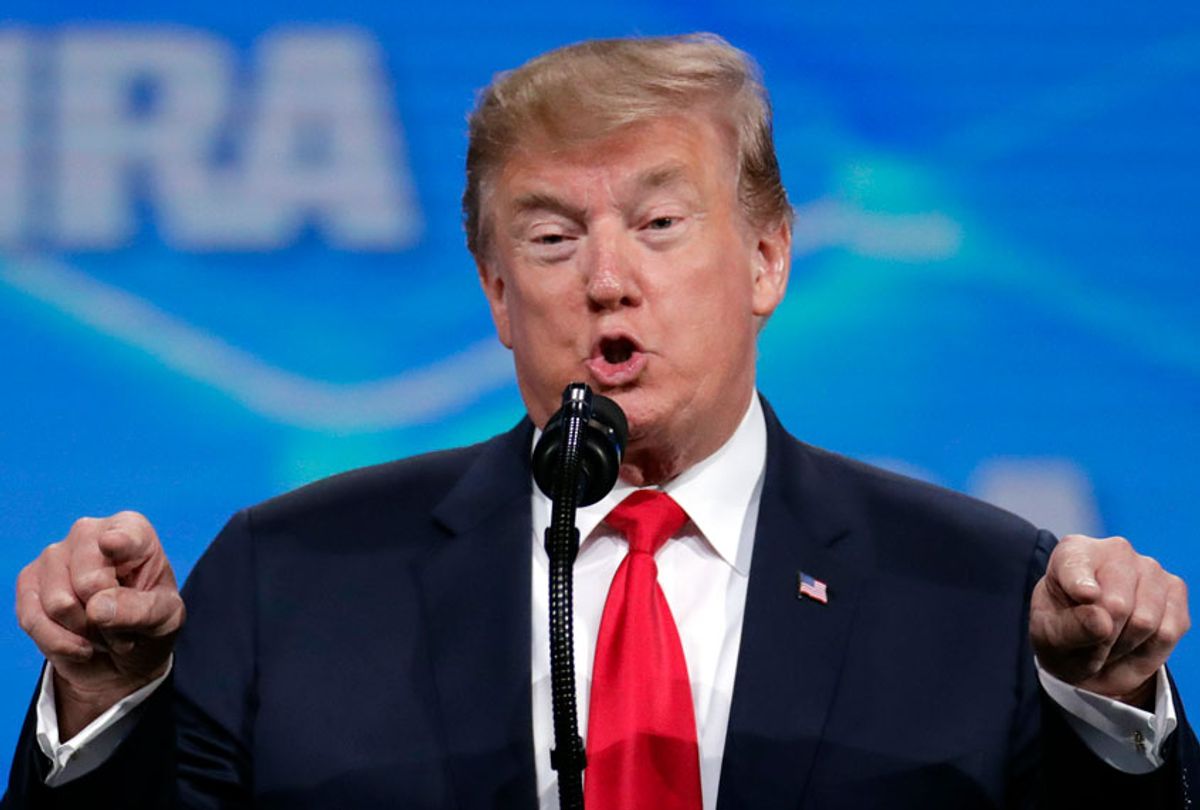 There is an idea growing in popular distribution, perhaps myth as much as aspiration, that Trump can be — or is likely to be — prosecuted if he is not re-elected president next year.

The idea is that all the prohibitions against prosecuting a sitting president would fall away if he is out of office and that any competent federal prosecutor ought to be able to pick up the pieces of the Mueller Report, follow the bread crumbs and file a slew of criminal charges.

Plus, the semi-independent Southern District of New York prosecutors and in Eastern Virginia might well act on cases tangential to the obstruction of justice cases outlined by Mueller, including those that came about through Michael Cohen and others discussing attempts to hide payments to women with whom Trump had affairs.

All the prohibitions against prosecuting a sitting president would fall away if he is out of office, and any competent federal prosecutor ought to be to file a slew of criminal charges.

Put all this together and it says Trump has a special incentive to win the 2020 elections by any means to avoid facing charges.

Ever since the Mueller Report emerged last month, Congress has diddled about exactly how aggressive to be; they have been aided in the drama by a White House that has simply refused to participate, has blocked or ignored subpoenas, and by a president who regularly boasts about his innocence and ridicules those who would pursue the obstruction angle. For his part, of course, Robert S. Mueller III, as special counsel, offered Yoda-like remarks that left all thinking that action is up to Congress.

There is nutty, endless debate among House Democrats about whether to pursue impeachment immediately or in a month; about whether to open an impeachment process as a tool to air public testimony about possible obstruction; and about whether alternatively to simply vote Trump out of office next year and let the justice path find its own way.

Speaker Nancy Pelosi, who has been advocating as deliberate a process as possible, finally was quoted by several people attending a private Democratic meeting that she wanted to see Trump put in prison rather than impeached.

While we watch from afar, the players in Washington are all acting out their prescribed parts. But stepping back from the would-be political theater it would be wise to examine whether it’s true that Trump as a former president could be prosecuted.

Any new, presumably Democratic president, would have to order or allow a Justice Department to file charges against a former president—a kind of reverse “Lock Her Up” situation. That may be politically untenable to new White House holders who consider how future presidents should be treated. Indeed, the worries associated with that thought should drive an immediate impeachment drive in Congress as an alternative.

Renato Mariotti, a former federal prosecutor and legal affairs writer for Politico, recently pulled together some of the threads that have appeared in multiple publications about a post-White House prosecution. He argues that “the outlines of a potential civilian prosecution of a former president Trump are already emerging. While there are reports of tax dodges, illegal campaign contributions, and improper foreign contributions to his inaugural committee —  among other things — investigations into those claims are ongoing. There is, however, an overwhelming case that the president engaged in obstruction of justice — his effort to stop the special counsel’s office from probing his campaign’s ties to Russia.”

The Mueller Report sets forth at least 10 instances of evidence of obstruction of justice. Mueller himself made clear himself that his detailed report was intended, in part, to “preserve the evidence” because “a President does not have immunity after he leaves office.”

Three of those potential charges are strong enough that more than 1,000 former federal prosecutors signed a letter stating Trump would be indicted if he were not the president. The charges would involve Trump’s attempts to fire Mueller to stop the investigation of Russian interference in the 2016 elections and any possible conspiracy with the Trump campaign. Oversimplified, obstruction of justice happens when someone acts to undermine an investigation with the intent to do so, and there can be no serious question that firing Mueller would have curtailed the investigation. Trump tweeted about how he was under investigation a day before he tried to fire Mueller, and White House counsel Don McGahn warned Trump about his “exposure” for obstructing justice. Trump directed McGahn to get Deputy Attorney General Rod Rosenstein to remove Mueller. Though McGahn did not, it was an attempted obstruction, complete with records and memos.

Two days later, Trump asked former campaign manager Corey Lewandowski to get then Attorney General Jeff Sessions to limit Mueller. Again, Lewandowski declined to follow through, but the directive is at the heart of another obstruction attempt. Then Trump pressured McGahn to create a false record to hide the fact that Trump had directed him to fire Mueller, essentially a sequence that represents a third attempted obstruction.

Any possible prosecution post-presidency might also include the facts around Trump’s efforts to dissuade Paul Manafort, his former campaign chairman, from cooperating with Mueller; the firing of former FBI head James Comey Jr.; and other events that create a pattern of activity.

Trump’s defense would be a legal claim that the president cannot obstruct justice by exercising his power as president, the argument advanced by Attorney General William P. Barr before his appointment. Mueller rejected this legal view, as most legal scholars have, but no court has ruled on the issue because no president has ever been indicted for conduct while in office.

Then there are the New York cases, both federal and state.

Federal prosecutors in the Southern District of New York told a federal judge that Trump directed payments that were campaign finance crimes for which Trump’s former lawyer Michael Cohen pleaded guilty. This does not necessarily mean that there is sufficient evidence to charge Trump, but it does represent a danger to Trump.

There are numerous other ongoing federal and state investigations of Trump and his associates, from a probe of his inaugural committee’s finances to an investigation of the Trump Organization for which Trump cannot be pardoned for them by another president.

There is also the possibility that Trump’s non-cooperation with Congress is also building a legal case against him.

Should Trump win re-election, there is a five-year federal statute of limitations that applies to obstruction of justice. If he did not leave office until 2025, Trump will be two years beyond the obstruction incidents.

There is plenty of legal meat to chew on here. Whatever is mythical, however, should prompt Congress to act sooner than later.