From Kyle Kashuv to AOC, Republicans want to turn all discussion of race into pointless culture-war debates 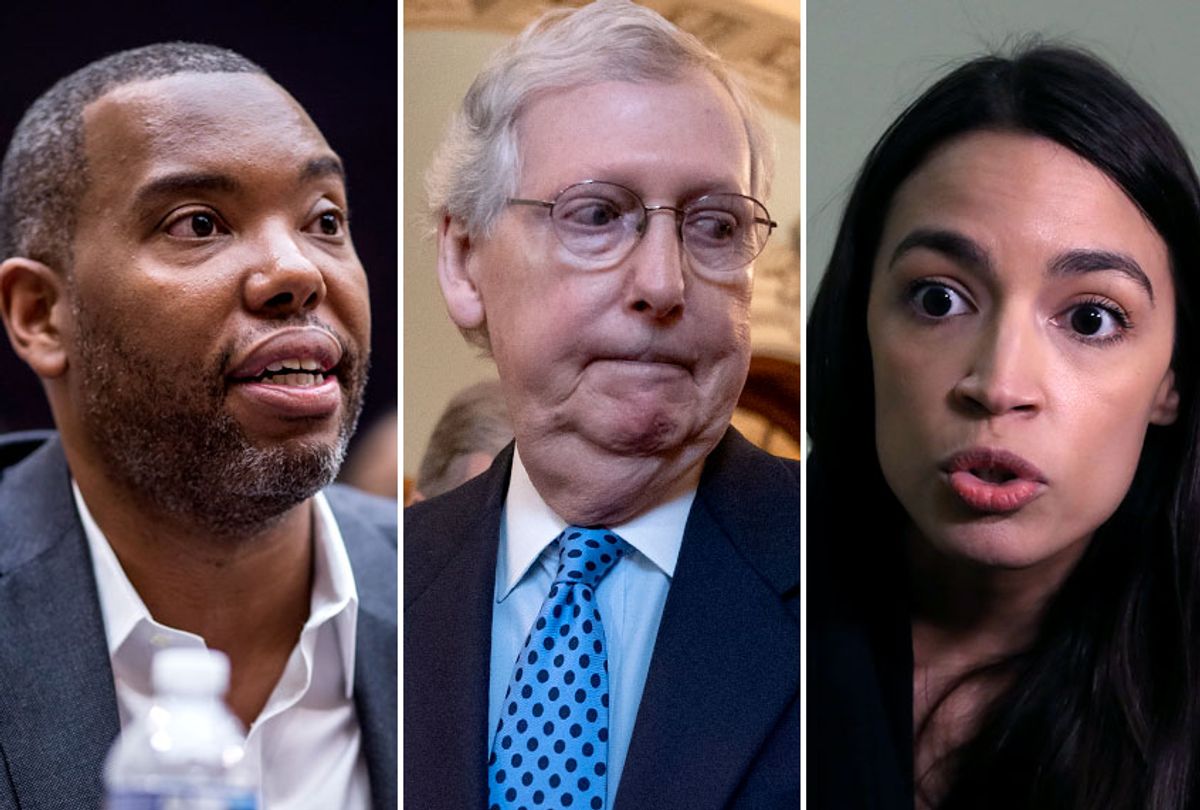 It wasn’t slavery. They are concentration camps. Racial slurs are not a youthful indiscretion.

This week has seen a series of culture-war debates dominate the discourse only to be derailed by bad faith arguments about semantics.

First, on Monday, nearly all of the right-wing ecosystem was engaged to defend the honor of Marjory Stoneman Douglas High School senior and gun rights activists Kyle Kashuv after he revealed that his admission to Harvard had been rescinded. At least one of Kashuv’s classmates in Parkland, Florida, released a number of text messages from him which included racist and misogynistic attacks on fellow students, including the description of black athletes as “n***erjocks.” (Except without the asterisks.)

New York Times columnist David Brooks argued that by rejecting Kashuv for his comments, Harvard had set an impossible standard.

Conservative outlets from the Washington Examiner to the National Review were quick with columns expressing outrage over the injustice of stripping a young right-wing icon from his seat at the country’s most elite academic institution. They said little about  Kashuv's repeated expression of vile and hateful sentiments just two years ago, which is the actual substance of the case. The entirety of the conversation instead revolved around the harm to Kashuv’s reputation and ignored any harm he might potentially have visited on future classmates.

That was the point. By handwaving about Harvard’s admission policy, conservatives were able to dismiss the real scandal of yet another one of their rising stars caught in a racism controversy as an overreaction to "profanity" used by typical teenagers.

“N***erjock” is not typical teen-speak, but conservatives know that. The countless ensuing responses that had to explain such a basic concept to supposedly high-minded political thinkers this week were necessary but ultimately a waste. What should have been a conversation about the enduring edginess of racism, even amongst some members of Generation Z, was derailed into a debate about how harmless racial slurs are and how little accountability certain teenagers are expected to own.

The very next day, conservatives were once again united in outrage over an issue of semantics, while ignoring the substance.

"The U.S. is running concentration camps on our southern border ⁠— and that is exactly what they are," Rep. Alexandria Ocasio-Cortez, D-N.Y., said Monday night in an Instagram live video responding to recent reports of overcrowding and maltreatment at the facilities.

This time Republican leadership in the House of Representatives piled on to criticize her use of the term "concentration camp," not her description of the atrocities occurring at these sites.

"I think Congresswoman AOC needs to apologize," House Minority Leader Kevin McCarthy, R-Calif., said. "Not only to the nation but to the world. She does not understand history.”

Rep. Liz Cheney, R-Wyo., the third-ranking House Republican, tweeted: "Please @AOC do us all a favor and spend just a few minutes learning some actual history. 6 million Jews were exterminated in the Holocaust."

When actor George Takei, who was placed in a U.S. internment camp for Japanese-Americans during World War II, defended Ocasio-Cortez by pointing out that even then those camps did not separate families as the Trump administration, conservative commentators jumped to explain the difference between an internment camp and a concentration camp to him.

Despite the overwhelming current of coverage Ocasio-Cortez’s comments generated, the conditions at these camps still haven’t been highlighted by the press or her conservative detractors. Her point has been ignored and that is deliberate.

Even in official discourse sanctioned by the federal government, like the House hearing on reparations for descendants of slavery and segregation on Wednesday, Republicans successfully managed to hijack the discussion over issues with semantics.

H.R. 40, a bill that aims to create a committee to study and develop proposals for reparations, was finally granted a hearing on Juneteenth, the annual holiday meant to commemorate when the last slaves were freed, nearly three years after the signing of the Emancipation Proclamation. Democrats called economists, academics and activists who have studied the issues for decades to testify. Republicans, who largely abstained from attending the hearing, called only a former NFL player and current college student to testify against the need for redress.

Coleman Hughes, a Columbia University undergrad and columnist for the right-wing outlet Quillette, dismissed economic and health disparities as a natural occurrence of society unrelated to race or racism. This came right after author and journalist Ta-Nehisi Coates had testified about the devastating legacy of redlining, white flight and employment discrimination on the African-American community, even years after the official end of Jim Crow segregation.

Burgess Owens, a former Oakland Raider turned frequent Fox News guest, inexplicably blamed BET, rappers and baby mamas for the depressed economic status of the black community. He repeatedly brought up the Democratic Party and what he claimed was its support for abortion and open borders to call the party racist and an impediment to progress.

The Republicans who invited such experts displayed even more frustrating dishonesty about the issue.

Rep. Louie Gohmert, R-Texas, discounted the need for hate crime legislation and advocated for the death penalty, tool of a criminal justice system built on racial injustice, with his allotted time. The highest ranking Republican on the committee, Rep. Mike Johnson of Louisiana, used his opening statement to insist that the few Republicans who bothered to show up were operating in good faith, before dismissing reparations as unconstitutional. He then cited Dr. Martin Luther King Jr. to call for black excellence as a means to fight continued racism.

These are not good faith arguments and they don't even deal with the substance of the matter at hand. As one witness responded, the bootstrap myth is a falsehood meant to redirect focus away from the root of the problem: systemic racism.

These hearings are not just about slavery  and the first proposed approach is only a study. Yet Republicans refuse even to allow for that.

It is remarkable how unserious the GOP is when faced with real issues of race. But watching elected Republicans squirm when slavery is mentioned or when the memory of concentration camps is invoked makes it worth the effort. These conversations are sorely needed in a country that would elect Donald Trump.