The U.S. tangles with China in the economic space is a fierce, often dishonest economic competitor 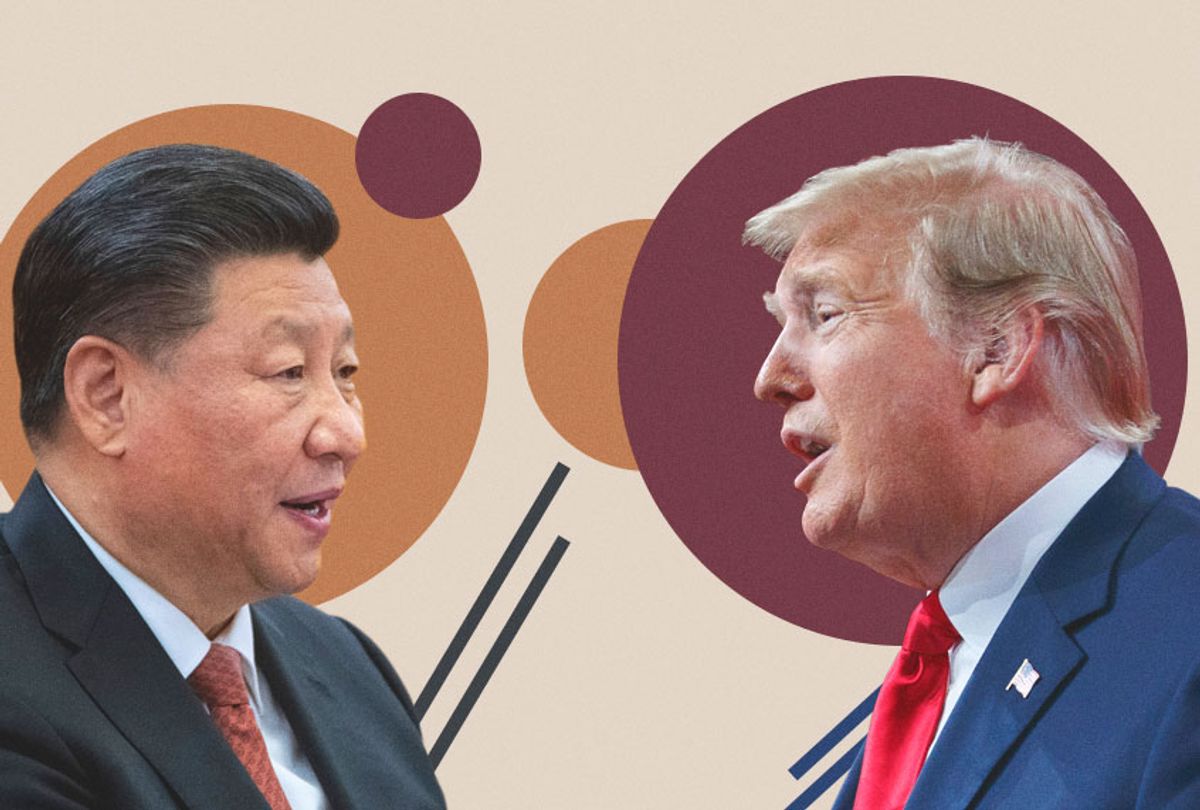 Is China a competitor of the United States or an enemy? This is a key distinction. It is the most important geopolitical question of our time. In a high tech knowledge-based world, competitors are a positive, forcing a company or a country to step up their game, just like Android/Google did against Apple. But in a Trump-based twitter/ black and white world, competitors are easily interpreted as enemies with all the danger that implies. And this is especially true when you need an enemy, when the economy might be slowing and an election approaching.

China is not an ideological enemy as was the Soviet Union or Nazi Germany.  And China never attacked American sovereignty as Russia did in the election of 2016.  And historically China has never been territorially aggressive outside its own realm.

Moreover, during the Cold War the U.S. and the Soviet Union did very little business together.  China is not only fully integrated into the global trading system it is deeply intertwined economically with the United States.

China is a massive industrial nation that economically grew up on the Nobel Laureate, Arthur Lewis’s concept of investing cheap labor into basic manufacturing and then using the profits from that to move higher on the industrial scale. No one can take credit away from the Chinese people and the Chinese government for their extraordinary growth, moving in the short period of approximately 40 years from one of the poorest countries in the world to one of the richest.

This growth was however helped by the United States. During China’s period of rapid economic expansion, the United States protected China’s sea lanes assuring there was no interference with oil flows to China or shipments of newly manufactured goods out of China,  freeing China from the cost of external defense. Most importantly the United States allowed itself to become the market for inexpensive Chinese goods.

Of course, the United States did not do this altruistically. It was initially done to provide a counterweight to the Soviet Union.  In addition, the theory that economic prosperity will lead a country into democracy was very much in vogue in Washington. This theory failed to recognize the fact that in the 5,000 plus years of Chinese history, China has only been somewhat democratic for a minute of time.

Modern-day China is a merchant state run by an Orwellian-like, authoritarian government whose claim to legitimacy is that it made China rich. It is also a government of grievances, using the memory of how badly China was treated during the colonial era to maintain political support.

But it is important to keep in mind that China’s wealth is not an anomaly, for hundreds and hundreds of years before the European age of exploration China was the wealthiest country on earth. And while in the aggregate China is an extremely wealthy country today, the reality is that according to the IMF its per capita GDP (in PPP) was $18,100 compared to the United States per capita GDP of $62,606 per year.

In recent years China has also been a spur to America’s economy. For sure millions of American low wage jobs went to China. But that trend stopped about ten years ago. Today the fact that as an American consumer can buy jeans at retail for around $80.00 — which would cost more like $340 if made in the United States — or affordable running shoes, iPhones or TVs, greatly diminishes inflation in America and puts additional dollars into the consumers hands.

Yet while helping the U.S. economy, China has been stealing intellectual property from the U.S. , as well a playing fast and loose with recognized data regulation.

The U.S. has a variety of ways to handle China’s illegitimate behavior and seek redress. The question is, do you treat China like a competitor who has played fast and loose with some of the rules or like an enemy. You take a competitor to court as we see the various tech companies regularly do to each other.ou pressure an enemy to the breaking point with all the risk that implies.

And with China,  industrial or agricultural trade disputes means  going to the World Trade Organization (which strangely the Trump administration is trying to neuter). While on tech matters (the WTO rules were written before there was a tech industry)the U.S. should work with its allies to pressure China to conform to global norms, while taking the lead in writing new rules that can constrain China’s more disruptive behavior.

In addition, the Trump administration should reverse its illogical decision not to join the Trans-Pacific Partnership. The TPP would have created a trade alliance between the United States and 12 other Pacific Rim countries, counterbalancing China’s economic strength and, over time, encouraging China to play more fairly.

Of course, if China is a competitor then America should be working 24/7 just like Android against Apple to improve itself.  If Trump is really serious about competing with China then we should double down on basic research, fund infrastructure and triple-fund education.

One thing is very clear, when America is competitively challenged, especially in the age of human capital, it is impossible to beat. Our meritocracy, when shaken together with the melting pot of immigration and stirred with our culture of intellectual freedom, is the unbeatable formula in the age of knowledge. No other nation is so well suited.

However, if we mismanage the China relationship, see China as an enemy and not a competitor, then a full-scale cold war will for sure begin, and a hot one that would begin with a series of proxy wars could easily follow.