What its like to graduate at Paradise High, one of the few structures that remained standing after the wildfire 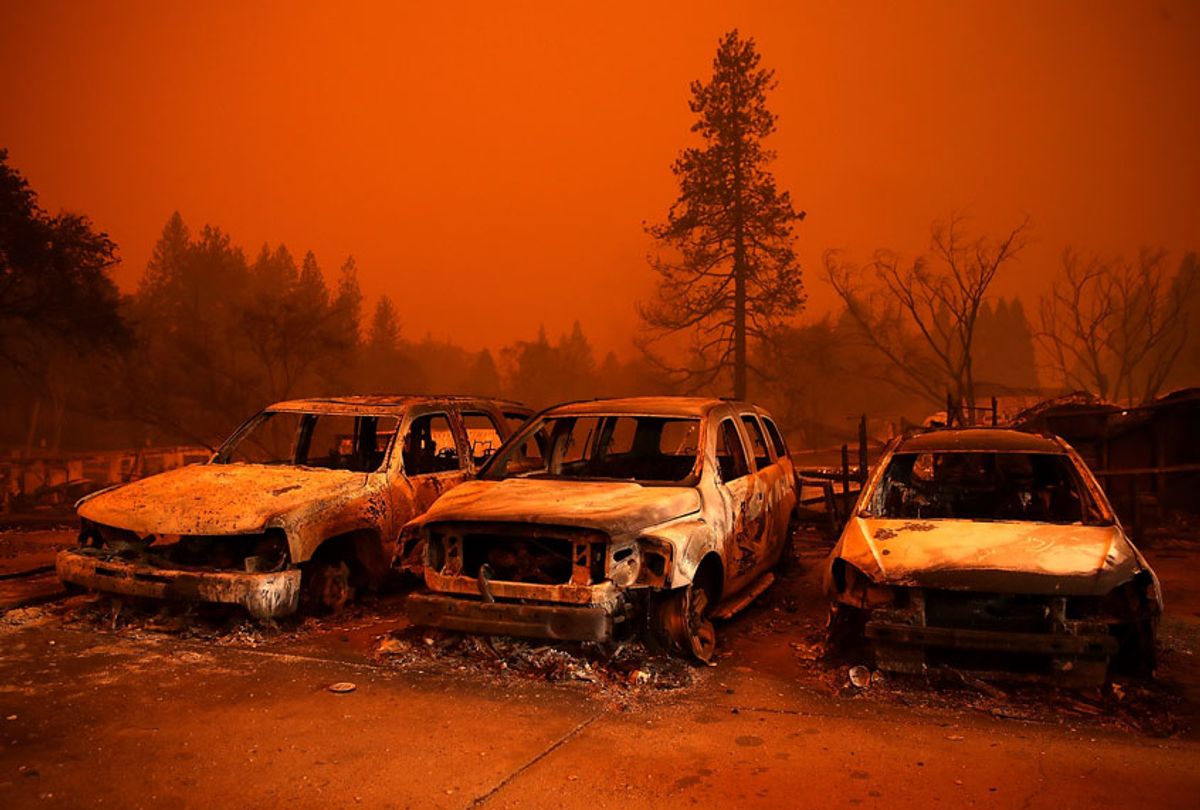 Speaking at his high school graduation in Paradise, California, this June, Garrett Malcolm described what he loved about growing up in his hometown: wandering into the woods, climbing down canyons, and walking down its dimly lit streets on quiet country evenings. It was a bittersweet moment for the local class of 2019, which last November saw their small, tight-knit town engulfed in flames.

“All of us here just wanted to stick together and finish our senior year together and that means something to me.” he said. “The fire could burn just about every physical object under the sun, but it couldn’t touch the connections we have built.”

When it comes to overcoming challenges on the march towards adulthood, Malcolm and his classmates have more to reflect on than the typical high school graduate. For young people so recently affected by disaster, the milestone comes with added significance. Across Butte County, students closed out a school year marked by tragedy and uncertainty as the region continues to rebuild.

Last November, the vast majority of Paradise was lost in the Camp Fire, the deadliest and most destructive wildfire in California’s history. More than 18,800 structures were destroyed across Butte County. Nine hundred of the Paradise High School’s 980 students lost their homes in the blaze. Despite those losses, 700 students came back to school, including 220 who graduated last week — about the same size as last year’s graduating class.

Paradise High was one of the few structures that remained standing. Other schools throughout Butte County weren’t spared by the blaze: four schools sites have since closed and 16 have had to relocate. The disaster left more than 5,350 students displaced, according to the county Office of Education. Data gathered more than three months after the fire showed that a quarter of the county’s students had left the area, while another 20 percent have been shuffled around other schools in Butte.

The inability to quickly return to routines — like going back to school — can make it harder for a child to cope with the stress of a disaster, said Regardt Ferreira, director of the Disaster Resilience Leadership Academy at Tulane University. Children whose lives are in prolonged upheaval can exhibit behavioral issues — like withdrawing from their surroundings, exhibiting bursts of anger, or developing post traumatic stress later on.

“Let’s fast forward: there might be a barbecue and a child can see a flame or there might be a smell,” said Ferreira, describing how a child might be triggered after surviving a fire. “Trust is very important to [children]. It’s almost like their trust has been broken when they’re exposed to this type of trauma.”

Young people aren’t the only ones potentially grappling with trauma in the classroom; more than 500 Butte County school staff lost their homes. Ferreira explained that stress that caregivers experience — from parents to teachers — can trickle down to kids. And even if a teacher wasn’t directly impacted by the trauma, they’re vulnerable to secondary trauma — sometimes called compassion fatigue — or burnout from helping students cope with their struggles.

After the Camp Fire, about five percent of Butte County students left California altogether. Another one percent have either graduated or are unaccounted for (it’s difficult to track where all the students have gone). It’s not exactly surprising that some families have decided to relocate — especially with wildfires becoming more frequent and more devastating in the region. But for some residents of the town, those moves feel like fresh losses to the tight-knit community. “A sad day is when a student comes to school and says, ‘This is my last day,’” said third grade teacher Laura Taylor in an interview with local news program Action News Now. “Sad days are when they talk about their friends and they hope they’re okay and they don’t know where they are.”

That displacement can come with additional costs.

Ferreira said kids may feel those moves as a double or triple loss. To them, it’s like, “I lost my household or my house. I lost my school and my friends. I lost my sense of being because I lost my social circle.” But he adds, kids are resilient, typically making new friends faster than adults.

With all these factors potentially affecting school performance in Butte County, Paradise High’s graduation rate is impressive: 80 percent of the class of 2019 is expected to attend college. (The school typically has a high school graduation rate above 90 percent.) The students’ graduation was attended by a California businessman who handed out $1,000 checks to every student after the fire and gave an address at the ceremony.

A scholarship fund has also been set up to help new grads pay for college tuition and complete workforce training to participate in rebuilding their community. And the county Office of Education has raised $306,305 to support local schools and bring back “normal and routine” activities to students’ lives.

With everyone gathered together one last time, Paradise High School’s senior class president Garrett Malcom recalled how the town’s perseverance was built on their close relationships with one another. “Paradise was never defined by its buildings to me. To me it was about the feeling of unified small community,” he said. “Nothing lasts forever. But I also know that because of the place we were raised in and the people we have grown up with, we will always carry the name and spirit of Paradise with us.”