Flight attendants, passengers and flight crew often breathe toxic fumes — and the airlines are in denial 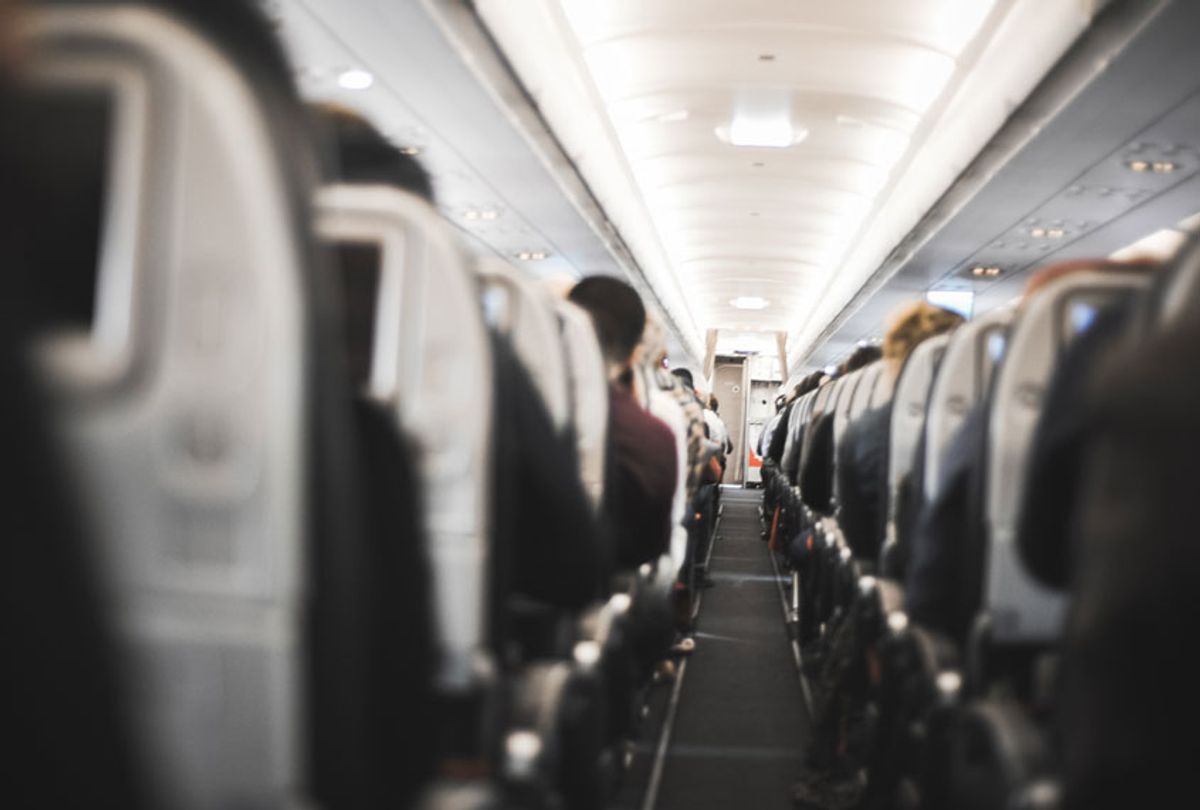 Flight attendants, pilots and the traveling public have complained for decades about health effects that they attribute to poor air quality in the aircraft cabin. Yet despite years of highlighting potential risks to air safety from toxic fumes, airline labor unions and airline safety advocates believe the aviation industry remains reluctant to address their concerns.

John Samuelsen, the president of the Transport Workers Union of America, a labor organization that represents over 17,000 flight attendants across the United States, characterized the problem as the  "dirty little secret" of the airline industry.

Samuelsen told Salon that while this is issue is by no means new, airline labor unions have struggled to convince airlines to take their concerns seriously. (He noted TWU represents flight attendants at Southwest Airlines, JetBlue and Allegiant Air.)

Samuelsen explained that the air individuals breathe on commercial airplanes is a combination of recycled air within the cabin (that passengers and crew inhale and exhale), along with outside air that has been compressed by the aircraft's engines, known as "bleed air."

For decades, aircrafts have relied on bleed air for a range of purposes — from cabin pressurization to anti-icing to air conditioning and starting the engine — but if a seal inside the engine leaks, bleed air can mix with cabin air and can cause toxic fumes to leak into the cabin. Most passengers expect bleed air to be heavily filtered, but Samuelsen said that's often not the case.

"There's always a potential. . . that flight attendants, passengers or the flight crew are breathing in chemicals and things that can make you very sick — even carcinogens," Samuelsen said in reference to bleed air.

He claimed that while airlines are in "absolute denial" over problems with air quality, his union's concerns have managed to capture the attention of members of Congress, who responded by introducing a measure called the Cabin Air Safety Act to tackle the issue.

The legislation, introduced in the Senate by Sen. Richard Blumenthal, D-Conn., and in the House of Representatives by Rep. John Garamendi, D-Calif., would require commercial aircrafts to install, operate and constantly monitor carbon monoxide detectors during flights. It would also require flight attendants, pilots, aircraft technicians and first responders to undergo training at least once a year on how to identify and respond to incidents involving toxic fumes on aircrafts involving smoke or fumes.

The bill would direct the Federal Aviation Administration (FAA) to develop a standardized system for flight attendants and other airline crew to report incidents of smoke or fumes on board a commercial aircraft. Investigators would have to take place no more than seven days after an incident is reported to identify "any replaced, worn, missing, failed or improperly serviced components," according to a draft of the legislation. The agency would also be required to publish the data collected every three months on a public website.

"This legislation can protect the flying public and airline crews by ensuring the cabin air they breathe during flights is safe — free from any hidden and toxic fumes," said Blumenthal, who is a member of the Senate Commerce, Science and Transportation Committee.

Samuelsen said the bill is "designed to compel operations like Southwest Airlines to pump air into the cabins that's chemical-free and carcinogen free."

Despite concerns by passengers and crews, the FAA told Congress in 2015 that the "risk for these issues" is "extremely low."

It remains unclear how often these toxic fume events occur. The FAA has said toxic fume events are extremely rare, while the Allied Pilots Association (APA), which represents approximately 15,000 pilots at American Airlines, has said approximately 20,000 fume events have occurred over the past decade — an average of five per day. This disparity may result from a lack of uniform reporting procedures among various carriers.

The issue has prompted four flight attendants, all of whom work for Alaska Airlines, to file two lawsuits against Boeing Co. because of "devastating health effects" from what they allege was exposure to toxic fumes on flights.

Though most pilots, flight attendants and travelers will never experience a serious fume event, airline labor unions believe the potential threats are too serious to ignore.

"This should be a no brainer," Samuelsen said. "The current system that exists across the board in this industry is that the air quality of planes is completely horrific."