The paternity testing industry traffics in doubt and mistrust of women 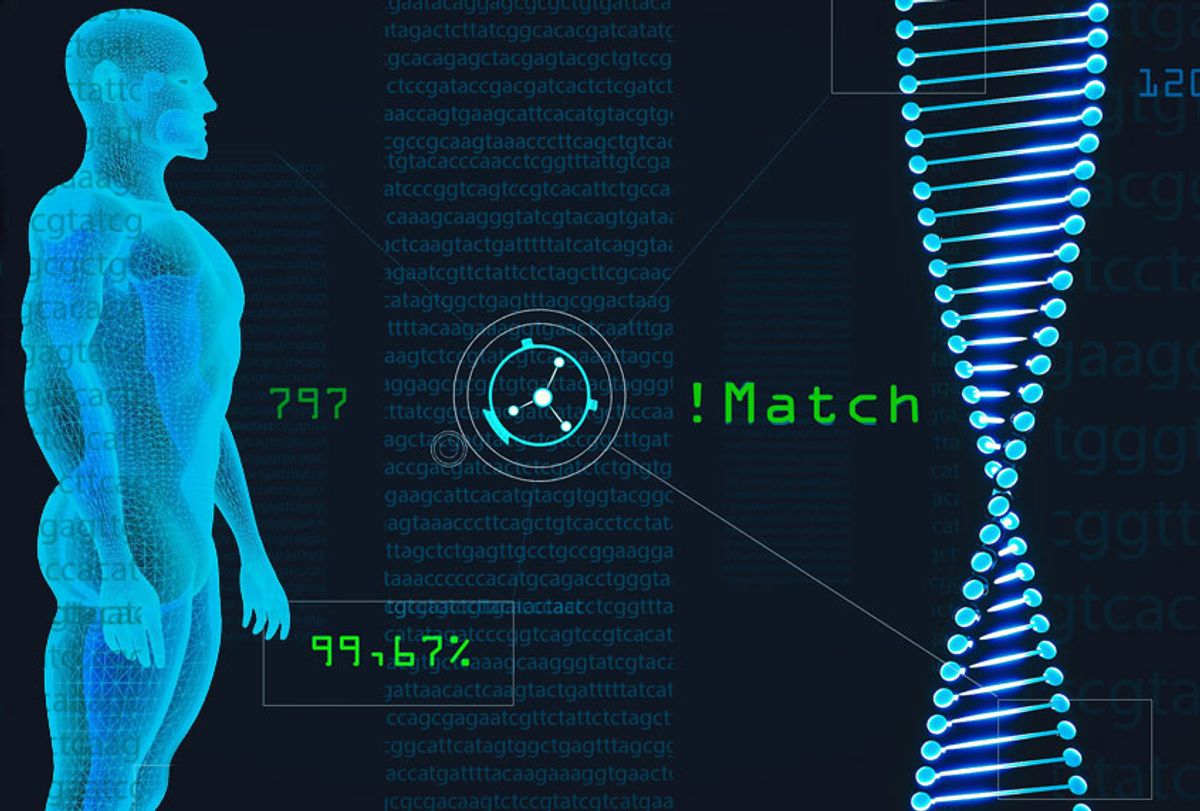 The annual ritual of Father’s Day has come and gone, and retailers are projected to be a record $16 billion richer for it. But paternity provides an enticing commercial opportunity all year round, in the form of paternity test kits. DNA testing is big business, but the industry is selling a peculiar product. While it purports to offer certainty about family relationships and personal identity, in fact what it markets is a toxic mistrust of women. This pernicious idea pervades popular culture and even threatens to shape legislation.

While there are no reliable data because not all testing companies are accredited, an analyst from one of the major companies estimates that a million paternity tests are performed each year in the United States. According to industry reports, Big Paternity is projected to be $3.8 billion industry by 2023.

There are two kinds of paternity tests. The first is the legal forensic test, ordered by courts for child support and custody cases. And then there is so-called discretionary testing that is not medically or legally necessary. These are the home test kits advertised on billboards and the Internet and sold in your local pharmacy. They’re what the websites delicately refer to as “peace of mind” testing.

But peace of mind doesn’t come for free. While the price of home paternity tests has dropped dramatically in recent years thanks to improvements in technology, the cost still exceeds one hundred dollars (the kits are offered at teaser prices, but separate lab fees quickly add up). Discretionary testing today accounts for about 36 percent of total revenues and in recent years has driven the DNA industry’s rapid growth. (According to analysts, “the industry has benefited from an increasing number of babies being born out of wedlock.”) At the same time, new labs have entered the market, profitability hinges on increasing consumer demand.

The only people who need a paternity test, however, are those unsure of its result. The precondition of a healthy paternity testing industry, in other words, is an abundance of uncertainty.

Little wonder, then, that companies traffic in doubt. “Find answers to life’s most important questions,” beckons one site. “Don’t let uncertainty tear you apart,” urges another. Companies cite a widely circulated — and thoroughly debunked — statistic that as many as 30 percent of people don’t know their biological father’s identity (the actual number, according to multiple studies, is in the low single digits). They warn consumers that thousands of men are unknowingly paying support for other men’s children. Identigene, which pioneered direct to consumer marketing of DNA tests, campaigns to raise awareness of paternity fraud.

In this context, daytime television is a giant product placement opportunity. Big Paternity forms partnerships with experts who double as media personalities. Ohio-based DNA Diagnostics Center touts its credentials as paternity tester to the stars. Its media portfolio, featured on its website, includes Maury Povich and twenty other television shows. On “Lauren Lake’s Paternity Court,” the judge dramatically pulls the DNA results from an envelope emblazoned with the company logo. It is not by chance that the paternity reveal became a plotline just as the DNA industry began aggressive direct-to-consumer marketing in the late 1990s. As the industry has gone global, so too has this entertainment genre: a paternity reveal show recently debuted in Uganda.

Most company websites, however, eschew celebrity and sensationalism for a staid and serious tone. Sunny platitudes normalize genetic testing. It’s quick and easy. It’s accurate and affordable. And the benefits! Paternity testing produces “strong and happy” families with “emotionally-expressive children” who exhibit “improved cognitive abilities.” The trite marketing copy can border on the absurd. One DNA Diagnostics Center press release chirps: “Father’s Day can take on a whole new meaning when you’re finding out if you’re really a child’s biological father.” Indeed it can.

Yet neither sensationalism nor platitudes should mask the deeply corrosive doubt that is the industry’s bread and butter. The high-minded quest for truth frequently taps a deep vein of misogyny. Decrying the epidemic of “paternity rape,” men’s rights groups call for expanded DNA tests. Paternity testing is about testing women’s credibility. If all women are suspect, some are especially so. Paternity shows play on crude stereotypes of poor, young, and disproportionately nonwhite “baby mamas”—as well as irresponsible black men. As sociologist Patricia Hill Collins has observed, these sexual spectacles also communicate messages about race and class.

It was only a matter of time before this social problem demanded a policy solution. Over the years, legislators in Tennessee, Kansas, and New Jersey have introduced bills to make DNA testing obligatory for all newborns (none have become law). “I’ve heard different stories about [duped] fathers who are raising children and paying child support,” observed one bill’s sponsor by way of explanation. One can guess where he heard those stories.

To be sure, the DNA industry did not invent doubt. Cuckoldry, sexual jealousy, and the ineffable mysteries of identity are tropes at least as old as the Greek myths. They recur in literature from Shakespeare to Thomas Hardy. Nineteenth-century social theorists posited uncertain paternity as a primordial foundation of human society. More recently, sociobiology and even some strains of feminist thought have suggested that the origins of patriarchy lie in the fact that men can never be certain of their biological offspring.

DNA testing was supposed to solve the millennial enigma of the father. Yet instead of eradicating doubt, the testing industry has commercialized it. It sells us the idea that without a genetic test, the honesty of all women, and the origin of all children, is inherently in doubt. The result is that in the age of DNA, paternity is as uncertain as ever.

Nara Milanich is a professor at Barnard College and author of PATERNITY: The Elusive Quest for the Father, out now from Harvard University Press.