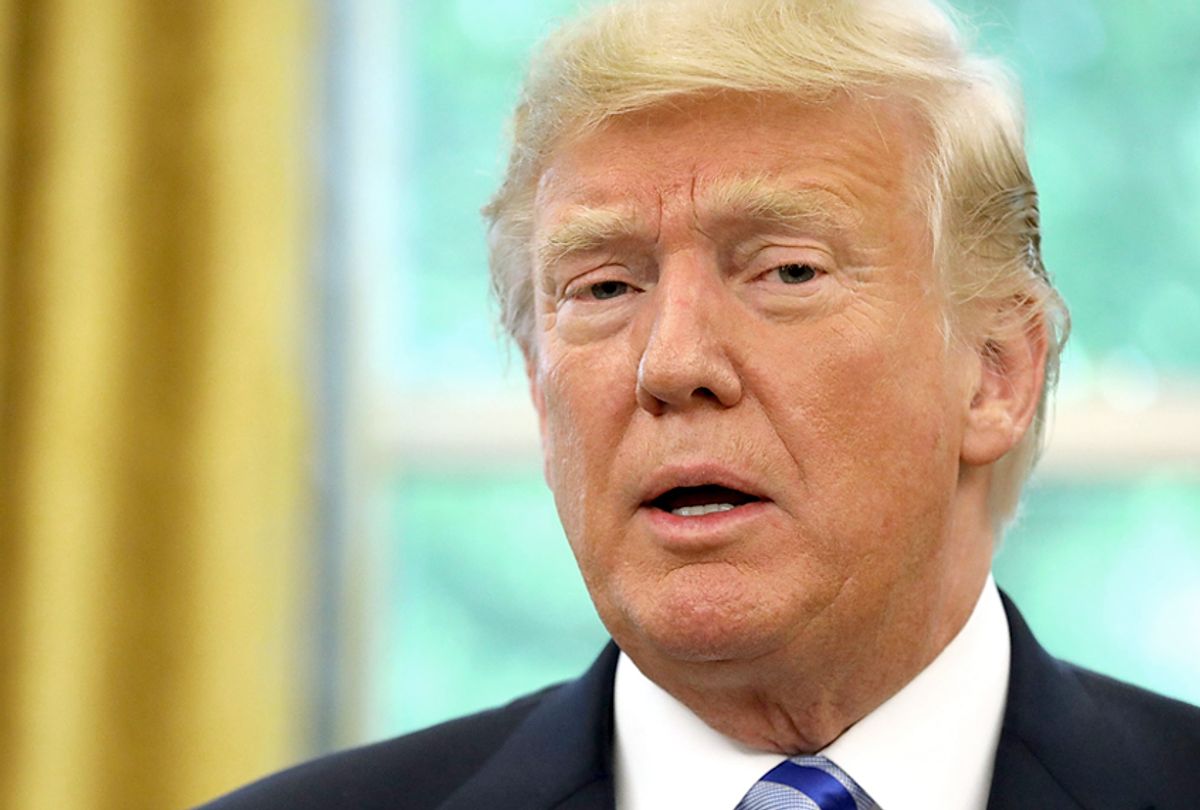 "The massive trove, and the story behind it, sheds light on the slap-dash way President Trump filled his Cabinet and administration, and foreshadowed future scandals that beset his government," Axios wrote of the leaked documents.

Former Health and Human Services Secretary Tom Price resigned in 2017 after it was revealed he had spent more than $1 million in taxpayer funds for travel expenses. Vetting documents for Price allegedly flagged "criticisms of management ability."

Mick Mulvaney, Trump's former budget director and current acting chief of staff, said the president "is not a very good person" and accused him of saying "racially charged" and "stupid things."

Nikki Haley, who became Trump's U.N. ambassador, said Trump was everything "we teach our kids not to do in Kindergarten." She announced her resignation in October 2018 from the White House's Oval Office, standing alongside Trump.

Trump's Interior Secretary Rick Perry had described Trump as "undefendable" and called Trumpism a "toxic mix of demagoguery, mean-spiritedness and nonsense that will leak the Republican Party to perdition."

The vetting process was carried out by "a team of about two dozen researchers, almost all of whom were in their 20s" from the Republican National Committee (RNC), Axios reported.

One RNC researcher described the vetting process as a "disaster" and a "sh*t-show." He told Axios, "There were so many unqualified people coming through."

RNC spokesperson Mike Reed defended the team's work, telling the news outlet: "These over 2-year-old documents were initial pre-interview briefings put together to inform the transition team of top-line issues of note in the candidates' background."

Christie looked over the team's vetting dossier in an interview with Axios.

"It's fascinating. And by the way, the interesting part of this, which shows you how disorganized they were, was they had an entire vice presidential vetting file on me," Christie said. "That's what makes this even funnier that they would go through this."

Christie said that before he was fired from the transition team, he turned over a "30-volume set" of transition planning with four Cabinet recommendations for each position.

"The longer term consequences for the president and for the country was that he didn't have the very best people in front of him to be able to make a full and fair decision about, and then he paid the price for that later on with people like Scott Pruitt, with people like Mike Flynn," Christie said. (Flynn previously served as Trump's national security adviser. He is currently awaiting sentencing for pleading guilty in December 2017 to lying to the FBI about his communications with a top Russian official.)

The White House appeared to confirm the authenticity of the leaked vetting documents in a statement to Axios.

Gidley added, "President Trump has done more to improve the lives of the American people in two years — than past presidents have done in eight — and no disgruntled, establishment, D.C. swamp creature's cowardly leaks can change that."

Axios has made the leaked vetting documents available online. You can view them here.