Samuel L. Jackson demands answers for "Spider-Man" poster gaffe: "What the f**k is going on here?"

Marvel has apparently made a very strange marketing blunder on a new "Spider-Man: Far From Home" movie poster 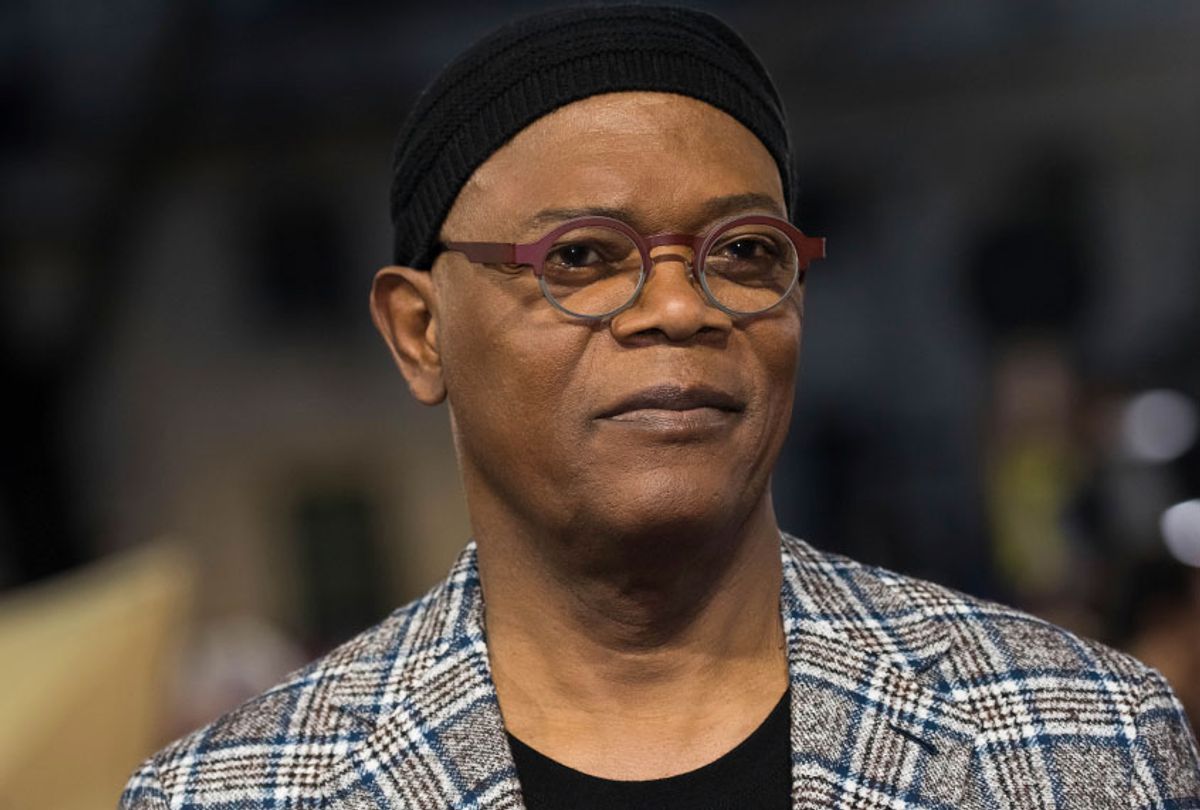 Samuel L. Jackson is having some fun with a big Marvel Studios gaffe. The actor recently took to Instagram to put a movie poster for “Spider-Man: Far From Home” on blast for featuring his character, Nick Fury, sporting his trademark eyepatch on the wrong eye. Jackson has been featured in a majority of Marvel Cinematic Universe films wearing an eyepatch over his left eye, but the poster switched things up by featuring a right eyepatch for Fury.

“Uhhhhhhh, What In The Actual FUCK IS GOING ON HERE???!!!” Jackson wrote on social media, accompanying his post with the hashtag “#lefteyemuthafukkah.”

Read more IndieWire: Marvel Aims for Black Widow Prequel Film to Be the 'Better Call Saul' of the MCU

Jackson is having a banner year at the box office thanks to his continued involvement with the Marvel Cinematic Universe. The actor was featured prominently opposite Brie Larson in March’s “Captain Marvel,” which grossed over $1 billion at the worldwide box office. The film is set in the 1990s and used de-aging VFX technology to make Jackson appear decades younger.

The actor also popped up briefly as Nick Fury in “Avengers: Endgame,” which is currently the second highest-grossing film worldwide with $2.75 billion. Throw in January’s “Glass” ($246 million worldwide) and Jackson is having a colossal year even with the recent disappointment of “Shaft.”

In “Spider-Man: Far From Home,” Jackson’s Nick Fury recruits Tom Holland’s Peter Parker to team up with Mysterio (Jake Gyllenhaal) in order to help save the world from a mysterious new threat. Gyllenhaal’s character claims he is from a multiverse created in the aftermath of “Avengers: Endgame,” although theories are already circulating that the new MCU multiverse might not be as real as Mysterio claims.

Following his latest turn as Nick Fury, Jackson will next star opposite Ryan Renolds in “The Hitman’s Wife’s Bodyguard,” a sequel to their 2017 summer sleeper hit “The Hitman’s Bodyguard,” and lead George Nolfi’s “The Banker,” a drama co-starring Anthony Mackie, Nicholas Hoult, and Nia Long.