Super rich to 2020 POTUS hopefuls: “America has a moral, ethical and economic responsibility to tax our wealth" 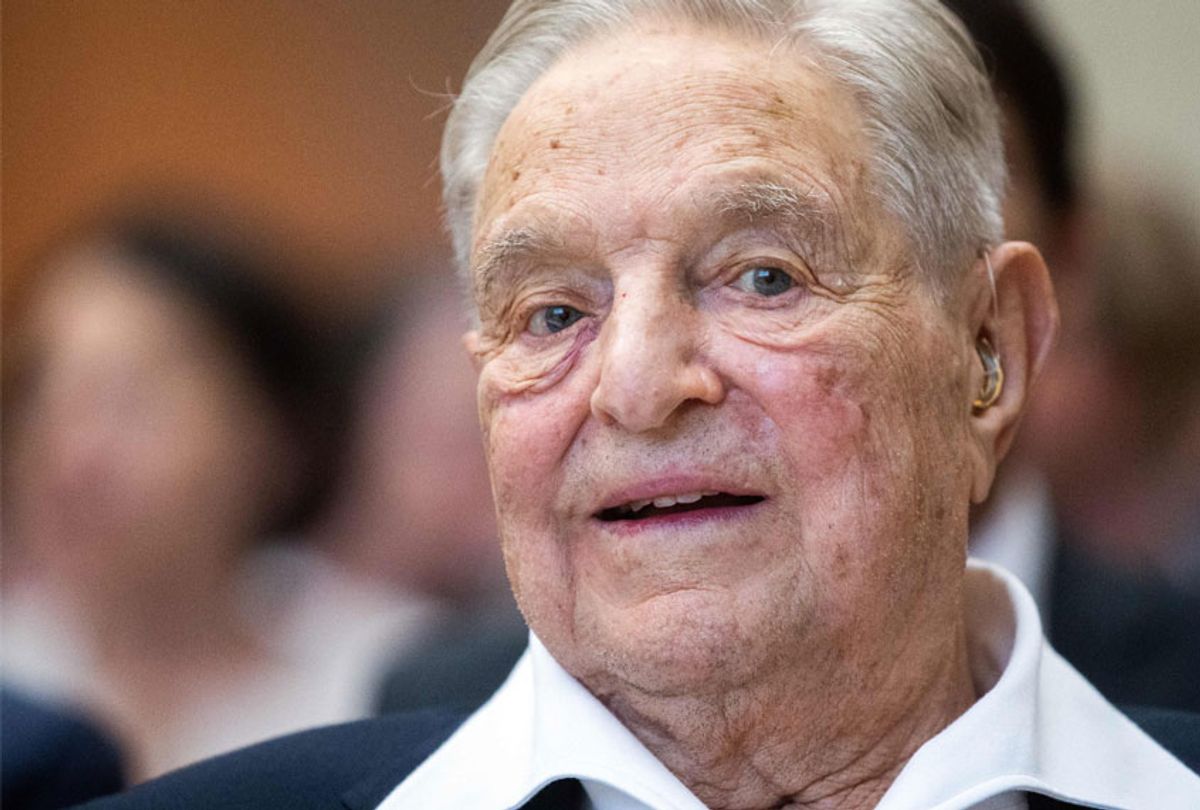 In an open letter to 2020 presidential candidates of all parties Monday, a group of billionaires active in progressive organizations called for implementing a wealth tax on the richest Americans and outlined the wide range of political, social, and economic benefits of doing so.

Published by the New York Times, the letter (pdf) reads in part:

We are writing to call on all candidates for president, whether they are Republicans or Democrats, support a moderate wealth tax on the fortunes of the richest 1/10 of the richest 1 percent of Americans—on us. The next dollar of new tax revenue should come from the most financially fortunate, not from middle-income and lower-income Americans.

America has a moral, ethical, and economic responsibility to tax our wealth more. A wealth tax could help address the climate crisis, improve the economy, improve health outcomes, fairly create opportunity, and strengthen our democratic freedoms. Instituting a wealth tax is in the interest of our republic.

It goes on to highlight polling which shows broad support for a wealth tax, the "vital needs" that revenue generated could help fulfill, and that some of the more than two dozen candidates for the White House already have expressed support for such a measure.

A proposal from Sen. Elizabeth Warren (D-Mass.), for example, "would provide millions of families with a better shot at the American dream by taxing only 75,000 of the wealthiest families in the country" by imposing "a tax of 2 cents on the dollar on assets after a $50 million exemption and an additional tax of 1 cent on the dollar on assets over $1 billion."

61% of Americans support a wealth tax.

So do some very prominent people who would pay it.https://t.co/14a3Up5y1n pic.twitter.com/o9N3p5iDmw

"Those of us who have signed this letter believe it is our duty to step up and support a wealth tax that taxes us," the letter reads. "It is a key to both addressing our climate crisis, and a more competitive, stronger economy that would better serve millions of Americans. It would make America healthier. It is a fair way of creating opportunity. And it strengthens American freedom and democracy. It is not in our interest to advocate for this tax, if our interests are quite narrowly understood. But the wealth tax is in our interest as Americans."

"We thought it would be a good idea," Ian Simmons explained to the Times. "Liesel and I decided to reach out to some other folks to see if they thought it was a good idea, too."

We hope all 2020 candidates of all parties consider, support & improve the hugely popular #wealthtax idea as they develop their platforms. As they do it may also make sense to understand why we who would pay more under the tax are actually in favor of it. https://t.co/pvosXPfTst

Hughes told the Times that "one thing that we collectively want to see is further research and more activism on policy design."

The letter came as Americans for Tax Fairness Action Fund on Monday launched a website detailing the tax proposals of each Democratic presidential candidate.

"It's surprising that this early in the 2020 race tax policy is emerging as a key issue and a defining one for Democrats," the group's executive director, Frank Clemente, said in a statement. "The utter failure of the Trump-GOP tax cuts to live up to the promises of more jobs and higher wages has given the candidates an opening to propose major tax increases as part of their campaign platforms. Virtually all candidates are saying they want to repeal or significantly roll back the Trump-GOP tax cuts."

The impacts of the Trump-GOP tax cuts, public support for higher taxes on rich individuals and companies, and voter demand for higher investment in public services, Clemente added, "have combined to create an environment in which candidates—far from having to shy away from the tax issue as in past years—will actually be rewarded for proposing major tax increases on the wealthy and corporations, and using the money to pay for vital public investments."