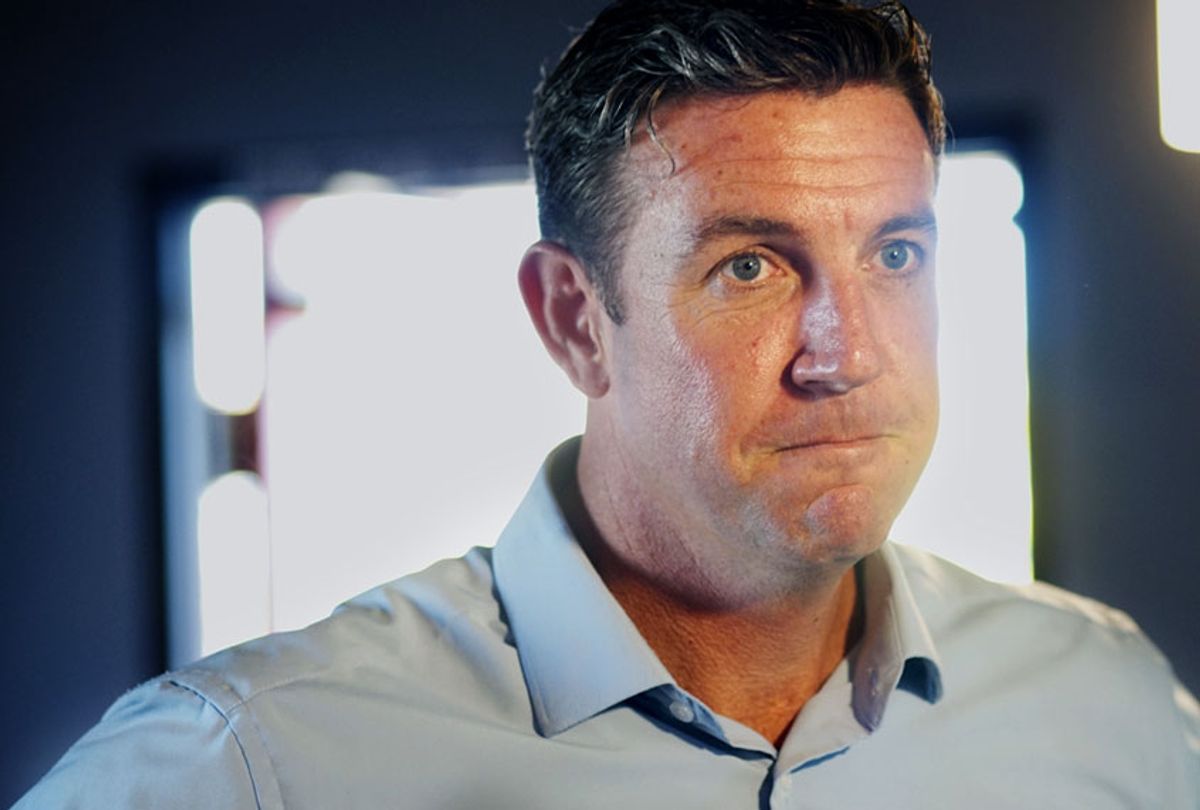 Prosecutors alleged that Hunter had affairs with at least three lobbyists, one of his own aides, and an aide to one of the members of the Republican leadership team.

Hunter and his wife, Margaret, were indicted last August on 60 counts after prosecutors alleged they used more than $250,000 in campaign funds to fund their lavish lifestyle.

Hunter, who now holds a seat in Congress that his father previously held for 28 years, blamed his wife last year for the misuse of campaign funds.

“When I went to Iraq in 2003, the first time, I gave her power of attorney and she handled my finances throughout my whole military career and she continued that when I got to Congress,” he told Fox News last year. “Whatever she did, that will be looked at too, I’m sure. But I didn’t do it. I didn’t spend any money illegally. I didn’t use campaign money.”

Margaret Hunter pleaded guilty earlier this month to conspiring with her husband to "knowingly and willingly" spend campaign funds for personal use, CNN reported, adding that she agreed to cooperate with prosecutors even as Rep. Hunter continues to insist he is innocent. In her plea agreement, she agreed to "make a good faith effort to provide substantial assistance to the United States in the investigation and prosecution of others."

Margaret Hunter told a judge that she and her husband spent tens of thousands of dollars on vacations they could not afford and that Duncan Hunter tried to set up a tour of a naval base in Italy in an effort to justify a vacation trip. She acknowledged that the couple had spent more than $200,000 in campaign funds for personal use.

Tuesday’s DOJ filing shed some light on why Hunter’s wife may have turned state's evidence against him.

“Among these personal expenses were funds Hunter spent to pursue a series of intimate personal relationships,” the DOJ said in a motion to admit evidence. “This evidence is necessary to establish the personal nature of the expenditures to demonstrate Hunter’s knowledge and intent to break the law, and to establish his motive to embezzle from his campaign.”

Prosecutors alleged in the documents that Duncan Hunter used campaign funds to pay for a ski vacation, a road trip and hotel stays with a female lobbyist over the course of three years. The relationship ended in 2012 and Hunter pursued affairs with four other women using campaign funds, the DOJ said. The filings detailed the dates and Uber rides to and from the women’s homes that Hunter paid for using campaign funds, according to prosecutors.

During this time, the Hunters found themselves mired in debt and had less than $1,000 in the bank, prosecutors said.

"Evidence of Hunter’s negative bank balances, overdue mortgage payments, credit card debts, and other aspects of their depleted financial condition is relevant to proving his motive, intent, knowledge, and absence of mistake in spending campaign funds for personal use," the court filing said. "It explains why he himself used campaign funds to buy everything from cigarettes to gadgets to groceries to getaways — things he wanted but could not afford to buy with his own money."

Hunter claimed in a Tuesday statement to the Washington Post that he was the victim of a “smear campaign” and political bias, even as his wife confessed to numerous crimes in which she said her husband was involved.

“This is all going to trial, so you have criminally political prosecutors in this case,” Hunter said. “This is a personal smear campaign.”

Hunter was one of the first members of Congress to endorse Donald Trump during the 2016 campaign. His attorneys cited that fact in asking a judge to move his upcoming trial out of San Diego.

“As President Trump’s first and most arduous supporter, it is hard not to see how a juror would be predisposed to cast their vote based on their politics,” Hunter’s lawyers wrote. “Hillary Clinton beat Donald J. Trump in San Diego County by 56.1% to 38.2%.”

The attorneys asked a judge to move the trial to what they described as a more fair location, like Lassen County, hundreds of miles away in rural Northern California, where the lawyers noted thatTrump beat Clinton 73% to 21%.