"No person shall sell or distribute an electronic cigarette to a person in San Francisco," the ordinance reads 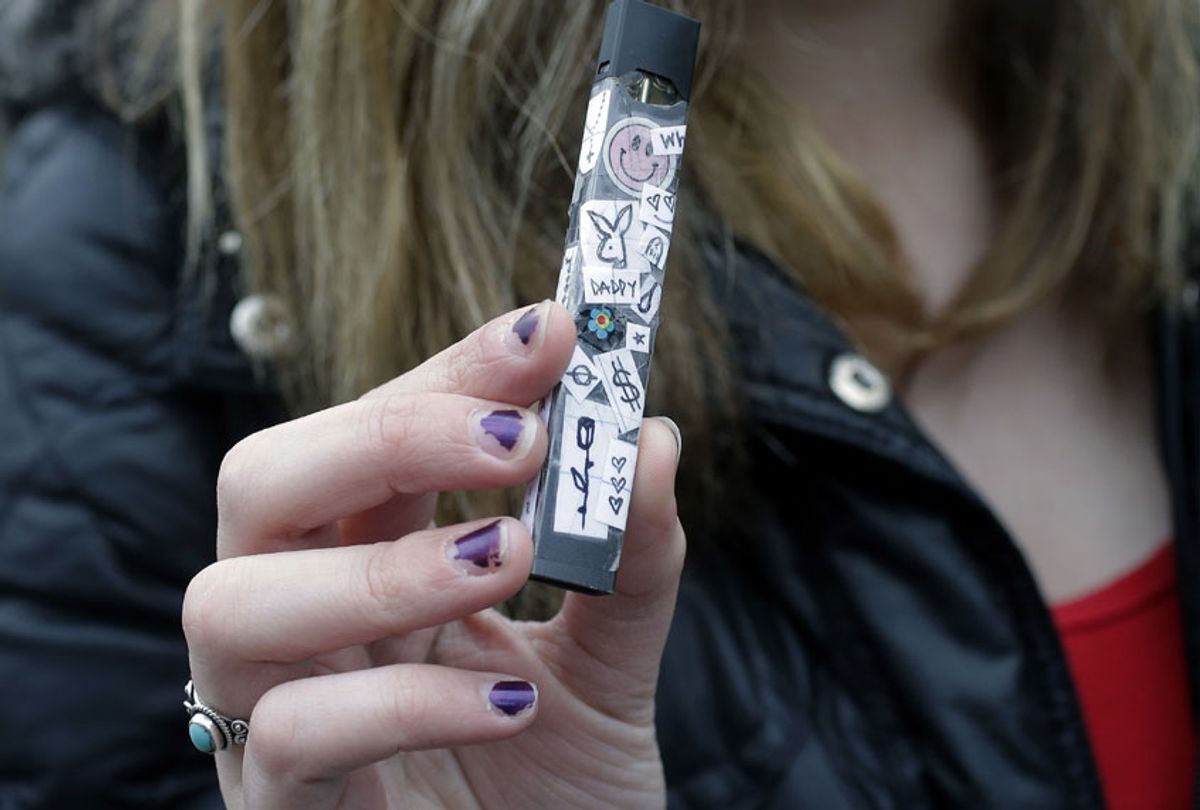 The days of e-cigarettes are limited for San Franciscans. In a first for the U.S., the San Francisco Board of Supervisors unanimously voted on Tuesday in favor of an ordinance that states that "no person shall sell or distribute an electronic cigarette to a person in San Francisco.”

The only exception, according to the ordinance, is if a product has undergone premarket review by the U.S. Food and Drug Administration. The catch is that none have to date. Ironically, Juul Labs, the country’s biggest producer of e-cigarettes (and whose products have greatly helped teenage nicotine addiction rise again after years of decline), is based in San Francisco.

The ordinance comes one week after an e-cigarette exploded in a Nevada teenager’s mouth, and years after public health advocacy groups have pressured the FDA to take action on the rise of vaping. Some public health experts warn that the inhaled chemicals generated during vaping are under-studied compared to the chemicals in traditional tobacco cigarettes.

While the ordinance will now be sent to the mayor's desk to sign, San Francisco’s mayor, London Breed, is expected to sign the legislation, as she has previously publicly supported the ban.

“There is so much we don’t know about the health impacts of these products, but we do know that e-cigarette companies are targeting our kids in their advertising and getting them hooked on addictive nicotine products,” San Francisco mayor London Breed said in a statement.

Once Breed signs the bill, the ordinance will go into effect seven months later.

San Francisco first announced its intention to ban e-cigs in the spring.

“These products are on the street despite the fact that the required pre-market reviews have never been done,” City Attorney Dennis Herrera said at a press conference in March.

On Tuesday, Juul said in a statement that it feared a ban would push smokers to revert back to smoking regular cigarettes. The corporation intends to continue to fight the ban.

"This full prohibition will drive former adult smokers who successfully switched to vapor products back to deadly cigarettes, deny the opportunity to switch for current adult smokers, and create a thriving black market instead of addressing the actual causes of underage access and use," Juul Labs spokesperson Ted Kwong said in a statement to Salon. “In San Francisco, we are supporting efforts going forward to enact new strict regulation and enforcement, instead of prohibition, on vapor products as part of the Coalition for Reasonable Vaping Regulation.”

Kwong added: “We are proposing a comprehensive set of new city regulations that require mandatory electronic scanning of IDs to verify age and ID validity to avoid human error, restrictions on bulk purchases to discourage unauthorized resale or sharing of products, city permits for all online vapor product retailers who wish to do business here, and increased restrictions on marketing for vapor products to name a few."

There is a chance the ban could be overturned, as Juul is pushing to nail down an initiative on the San Francisco ballot that would preserve the company’s right to sell e-cigarettes. The company has allocated $500,000 to securing the initiative, according to the San Francisco Chronicle, and experts say it could potentially do more harm than overriding the ban.

“It protects (e-cigarettes) from further regulation, at least by the elected representatives in the city,” Andrew Twinamatsiko, an attorney with the Public Health Law Center at Mitchell Hamline School of Law, told the San Francisco Chronicle. “It has bad public health consequences for citizens in San Francisco because it’ll remove that aspect of regulation from the board.”

Teen smoking was almost a thing of the past, until vaping came along.  Between 1997 and 2015, the U.S. high school smoking rate declined by an astonishing 70 percent — the result of almost two decades of public health initiatives, prompted by alarm over an uptick in teen smoking in the 1990s. The downward trend led some to predict that teen smoking could be entirely eliminated by 2035. But according to the FDA, more than 3.6 million middle and high school students smoked e-cigs in the past month in 2018 when students were surveyed. Beyond the nicotine in e-cigarettes, there are other less well-understood chemical threats like diacetyl, which Salon reported on in June. Diacetyl is commonly used to add flavor to food, but is also a byproduct produced by a majority of the flavored electronic cigarettes.