Warmer waters mess with the Northeast’s right to fish

As rising temperatures distribute all throughout the world, new research shows that fishing towns are very effected 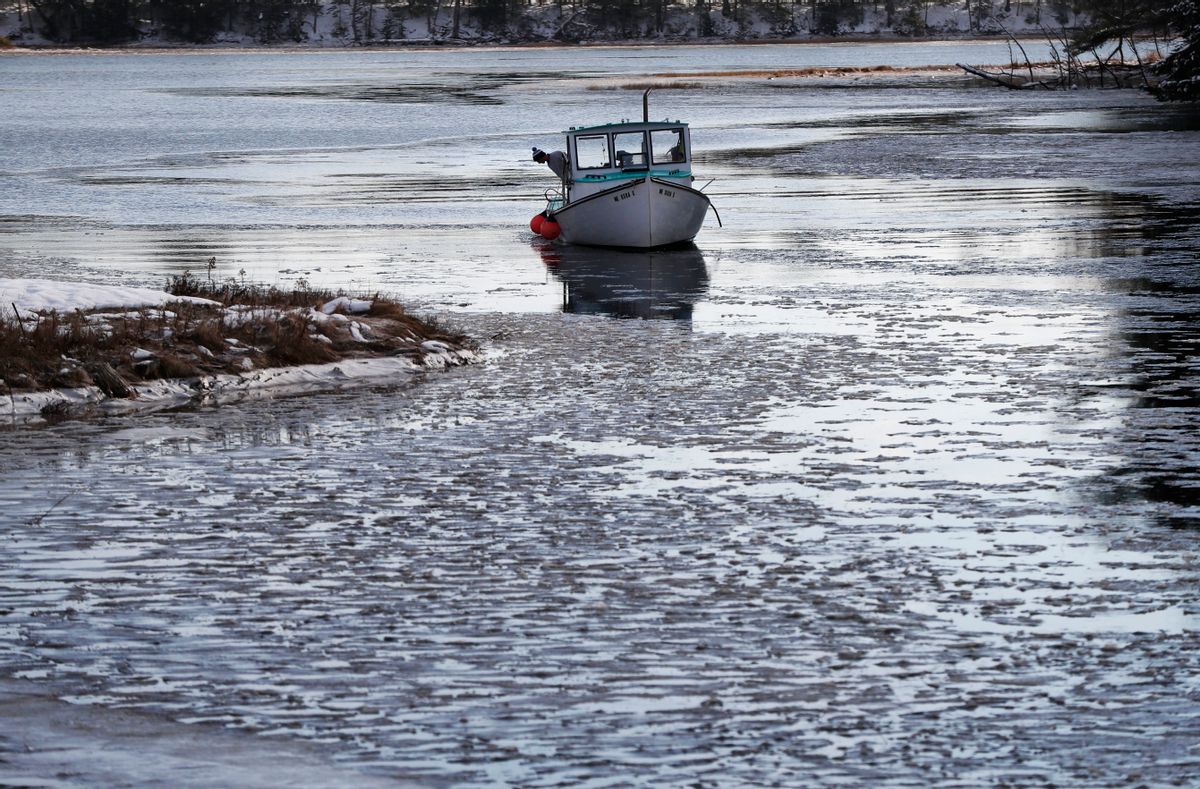 Lobsterman Jack O'Donoghue checks the icy waters of the Harraseeket River as he prepares to have his 30-foot fishing boat, the Mary Elizabeth, hauled out of the water for winter, Thursday, Dec. 15, 2016, in Freeport, Maine. (AP Photo/Robert F. Bukaty) (AP)
--

Fishing has been the economic and cultural pillar for many coastal towns along the Northeast coast for generations. But a warmer climate threatens the abundance and distribution of key species like haddock and Atlantic cod. And that will spell trouble for these fishing towns, according to new research.

“Fishermen need to travel farther from port to fill their nets, reflecting shifts in the location of their target species,” quantitative ecologist Lauren A. Rogers, who co-authored the study, explained.

A warmer climate makes species migrate north; the timing of species to arrive into fishing areas is shifting as well. This complicates fishermen’s jobs as they may not see a species during a time when regulations allow them to fish for it.

“Fishermen are on the frontlines of climate change,” Monique Coombs, director of marine programs at the Maine Coast Fishermen’s Association, told Grist. “Clam harvesters see the shells of the intertidal species softening because of ocean acidification. Changing weather patterns inhibits fishers’ safety because they are no longer able to depend on weather forecasts.”

The study looked at 33 marine species. Overall, seven species will generally suffer from climate change while only two, longfin inshore squid and butterfish, will have improved habitat throughout the region, the scientists found. Atlantic cod are poised to be the biggest victim. Even in the coldest areas, temperatures would exceed the thermal optimum for cod by 2050.

“Until everyone understands that we’re all responsible for the changes in our environment, I’m not sure fishing communities will get any better,” Coombs of the Maine Coast Fishermen’s Association said. “So cynical, right? But it’s true. That being said, fishermen are diversifying and attempting to alleviate pressure by fishing multiple fisheries over the course of a year.”

Fishing as Northeast fishermen know it will likely have to undergo big changes due to a warmer climate. This is already happening in some places, including squid fisheries in the Gulf of Maine that developed during the hot summer of 2012.