"Game of Thrones" cast reunite to watch Season 1 set footage, and they are mortified — Watch

Kit Harington's reaction to seeing his baby-faced younger self on the set of "Thrones": F**k off!" 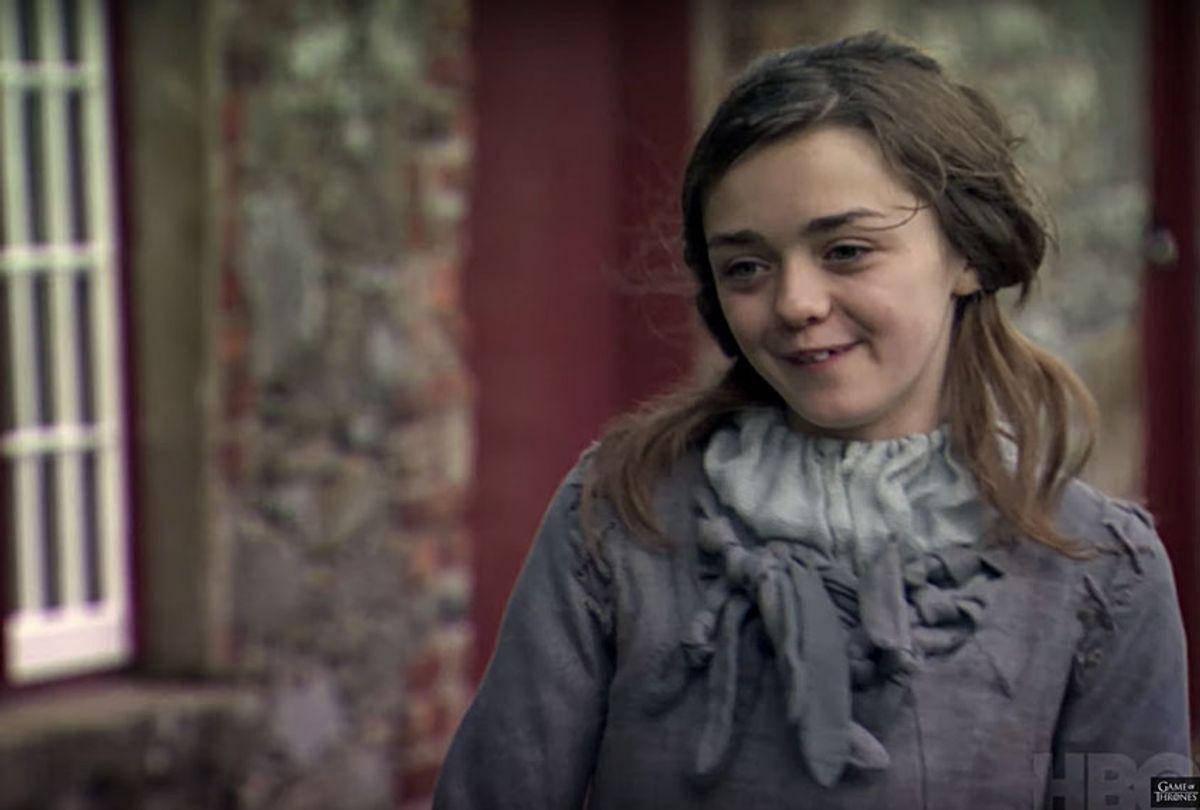 “Game of Thrones” came to an end with one of the most polarizing final seasons in television history, but if there’s one way to start winning fans back it’s with this epic reunion video. The full cast reunion, hosted by Conan O’Brien, will be included on the “Game of Thrones: The Complete Collection” Blu-ray set. The advance clip HBO debuted finds cast members Maisie Williams, Sophie Turner, Kit Harington, and Isaac Hempstead Wright reacting to Season 1 set footage. To say they are mortified by what they see would be an understatement.

Williams started production on “Game of Thrones” when she was just 12 years old, so watching her react to her baby-faced self is quite memorable. Nothing tops the casts’ reaction to young Harington, who is seen in his early 20s talking about how excited he is to take on the role of Jon Snow. Harington himself lets out a “f**k off” when his younger self shows up on screen.

Read more IndieWire: 'Spider-Man: Into the Spider-Verse': Here's the Tom Holland-Peter Parker Scene That Got Cut

The upcoming “Complete Collection” Blu-ray set will be available to purchase on December 3. The box set includes all eight seasons of the HBO fantasy blockbusters and a handful of bonus content, including “The Last Watch” documentary, deleted scenes, and a new 30-minute featurette on the show’s history with creators David Benioff and D.B. Weiss.

“Thrones” wrapped its run in May with a series finale that divided fans. Many of the cast members, including Lena Headey and Emilia Clarke, have expressed disappointment with the final season. Headey was a bit annoyed with how the show handled Cersei Lannister’s death, while Clarke felt it was a missed opportunity her character did not get to face off in person against Cersei. Despite fan backlash to the final six episodes, HBO saw massive ratings with the last episodes. The “Game of Thrones” series finale is the premium cable network’s most watched episode in history.

Watch a preview of the “Game of Thrones” cast reunion in the video below. The full series can be streamed on HBO Go and HBO Now.