Castro to O'Rourke: "I think you should do your homework" on immigration laws 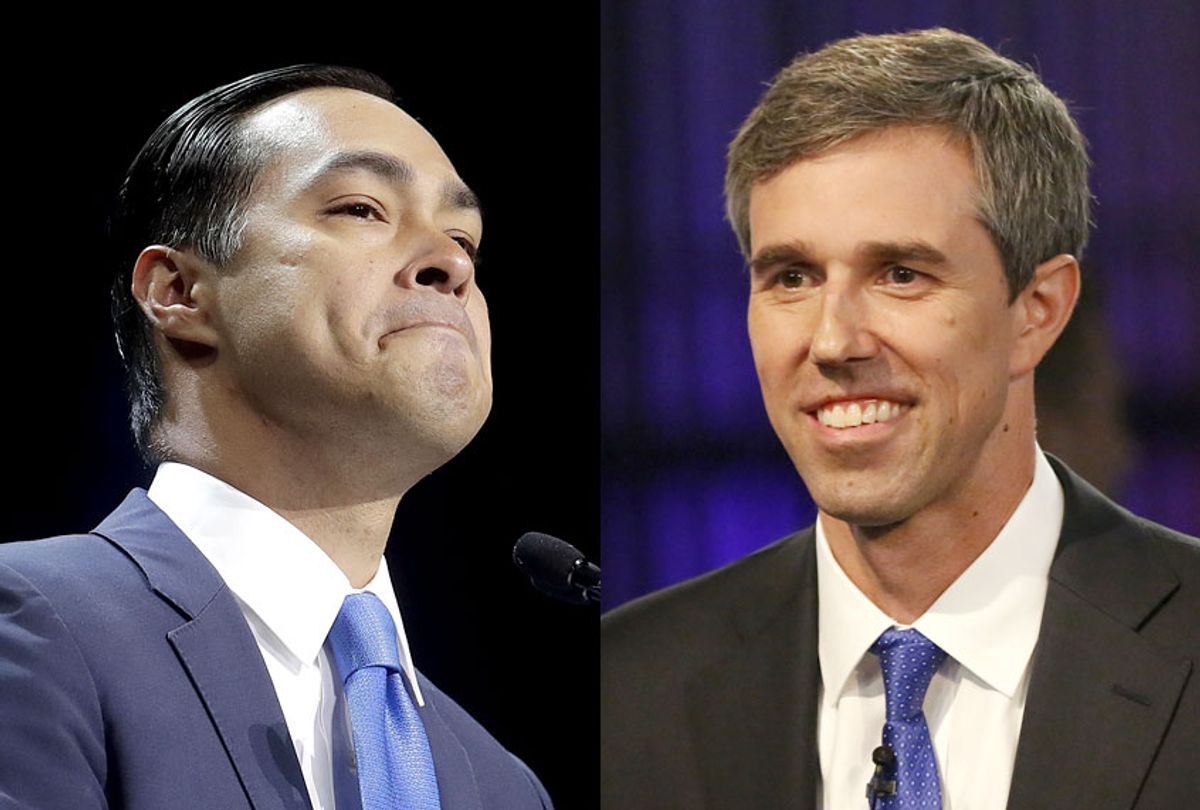 Julián Castro, the former secretary of housing and urban development under President Barack Obama and the former mayor of San Antonio, had a breakout night at the first Democratic primary debate on Wednesday in large part as a result of his heated exchange with former Rep. Beto O'Rourke over immigration.

Castro, who took the stage on Wednesday with a relatively low profile and a slim polling average compared to some of the other candidates, delivered an emotional and fiery performance as he challenged his fellow Texan over what he described as a "disagreement about the most important aspect of immigration policy."

Castro, the only Latinx candidate in the race, opened the immigration section of the debate by pointing out that he unveiled an immigration plan in April — the first of the 2020 contenders — that focused on repealing Section 1325 of the National Immigration and Nationality Act, a part of federal law makes it a criminal violation to enter the United States without authorization.

"Let me be very clear, the reason that they are separating these children from their families is that they are using section 1325 of that act, which criminalized crossing over the border, to incarcerate the parents and separate them," Castro said, referring to President Donald Trump's administration's controversial separations of migrant families crossing the border illegally.

He then turned to O'Rourke, who mixed Spanish into his answers throughout the night and had previously been nudged by the debate's moderators for not directly answering questions.

"Some of us on this stage have called to end that section — to terminate it. Some, like Congressman O'Rourke, have not," Castro said, glancing across the stage at the candidate and shaking his head in disbelief.

O'Rourke countered that as a member of Congress, he introduced legislation "that would ensure that we don't criminalize those who are seeking asylum and refuge in this country."

"I'm talking about everybody else," Castro interrupted.

"You are looking at one small part of this. I'm talking about a comprehensive rewrite of this immigration laws," O'Rourke responded.

"That's not true," Castro retorted. "I'm talking about millions of folks. A lot of folks that are coming are not seeking asylum. A lot of them are undocumented immigrants."

The heated exchange concluded with Castro delivering his sharpest jab at O'Rourke: "If you did your homework on this issue, you would know we should repeal this."