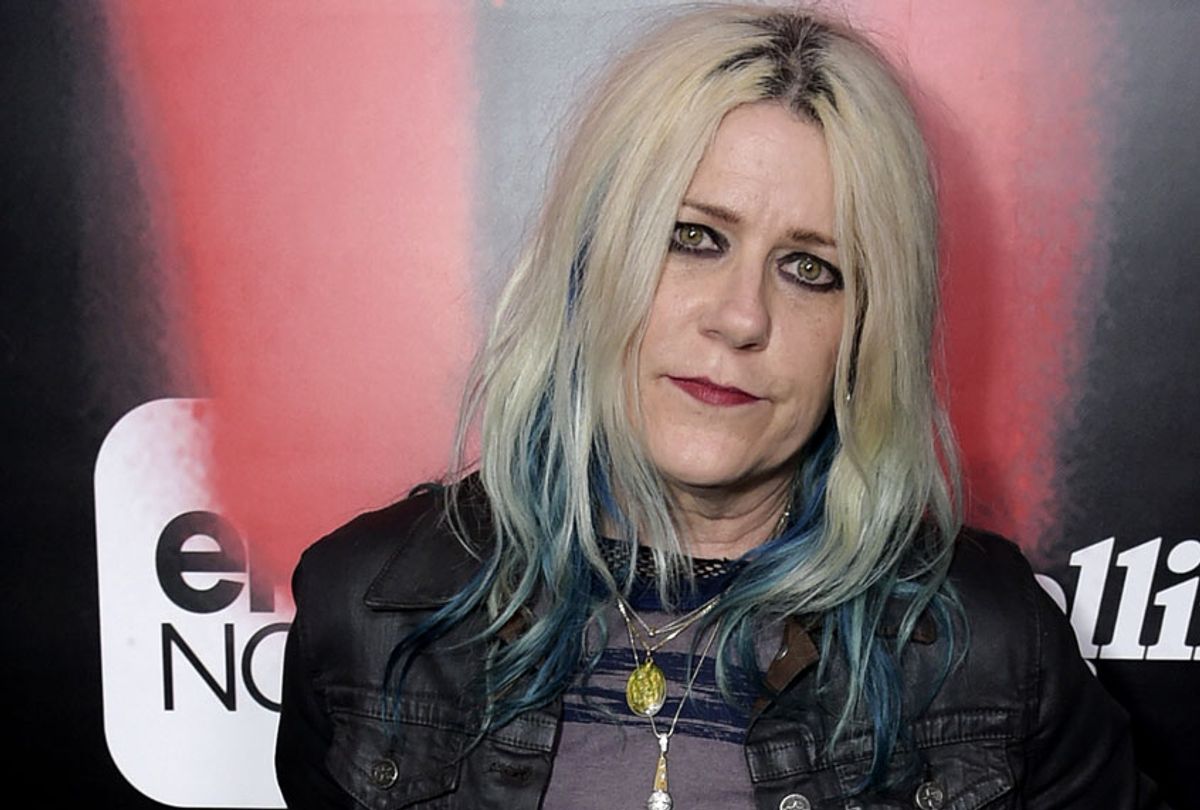 These are dark days for everyone interested in keeping abortion safe and legal in America. In just the first few months of 2019, 250 bills restricting access to the procedure were introduced by Congress and six states passed “trigger laws” that would make abortion immediately illegal if Roe v. Wade is ever overturned. It’s enough to make a progressive person yearn for a more liberal era in U.S. politics. But it’s important to remember that even in the halcyon days of the Clinton administration, abortion rights were under attack and artists and activists were moved to rally for pro-choice causes en masse.

One of these artists was Donita Sparks. As lead singer of the all-woman hard-rock band L7, she helped launch Rock for Choice, a series of benefit concerts held from 1991 to 2001 that raised funds for embattled women’s health clinics. All the biggest names of the grunge era participated, from Nirvana to Pearl Jam to Soundgarden to Hole. And along with the money raised, they also raised the profile of reproductive justice activism as something both men and women could participate in while rocking out.

Sparks recently stopped by my office at BUST Magazine HQ in Brooklyn to talk with my fellow editor Callie Watts and I for BUST’s Poptarts podcast about the reunion of L7 and their new album and tour. Before long, talk turned to the wretched state of reproductive rights in this country, and when I asked Sparks if there was any chance of her reviving Rock for Choice, she demurred. But later on, when I asked her about taking on the mantle of feminism throughout her career, she returned to the subject of Rock for Choice in a very pointed way.

“How has spending your life in rock affected your feminism?” I asked. “You’ve said you were endowed with feminism at an early age by your family. How has traveling the world playing rock helped your feminism to evolve?”

“Early on it was a real pain in the ass,” she replied, “because even though our peers were cool, I found the punk rock scene in L.A. to be very misogynistic. I didn’t connect with it at all. It was only when we started playing Seattle that I found progressive guys.”

“Those guys up there were more progressive,” she continued. “But I got made fun of a lot for being a feminist, all the time. My whole life I was always picked on for being a feminist. Now that it's become this great word in neon lights behind these pop stars . . . ”

“Thank you, Beyoncé!” I declared in response. But one look at Sparks’ face told me this was not the reaction she had intended.

My co-host Callie Watts agreed enthusiastically. “It would make so much f**king money,” she mused. “If she played one, it’d be like, ‘Abortions for you, abortions for you. . . .’”

“Hand ‘em out!” Sparks declared. “Hand ‘em out like key chains. But I mean, I think that feminism has become this big pop word now. It’s like, walk the walk. You know? Don’t just put it in a neon sign behind you. I don’t know what Beyoncé’s doing for women’s rights right now but a benefit would be great. Or Taylor Swift, do a benefit. Some of these pop gals who are making a s**tload of money off of young women buying their records, maybe they could get out there and do some feminist-based benefits. However, they may lose half of their fan base if they do it."

“Do you think so?” I asked, swept up in the notion of a Beyoncé Rock for Choice revolution.

“I think they would lose some of their fan base, yes,” said Sparks. “They don’t do it because they’re scared they’re going to lose fans.”

Listen to the rest of this interview, in which Donita Sparks opens up about feminism, pay inequality, and “the code of the road.”