MSNBC's Chris Matthews asks Kamala Harris: How do you not "have hatred towards white people?" 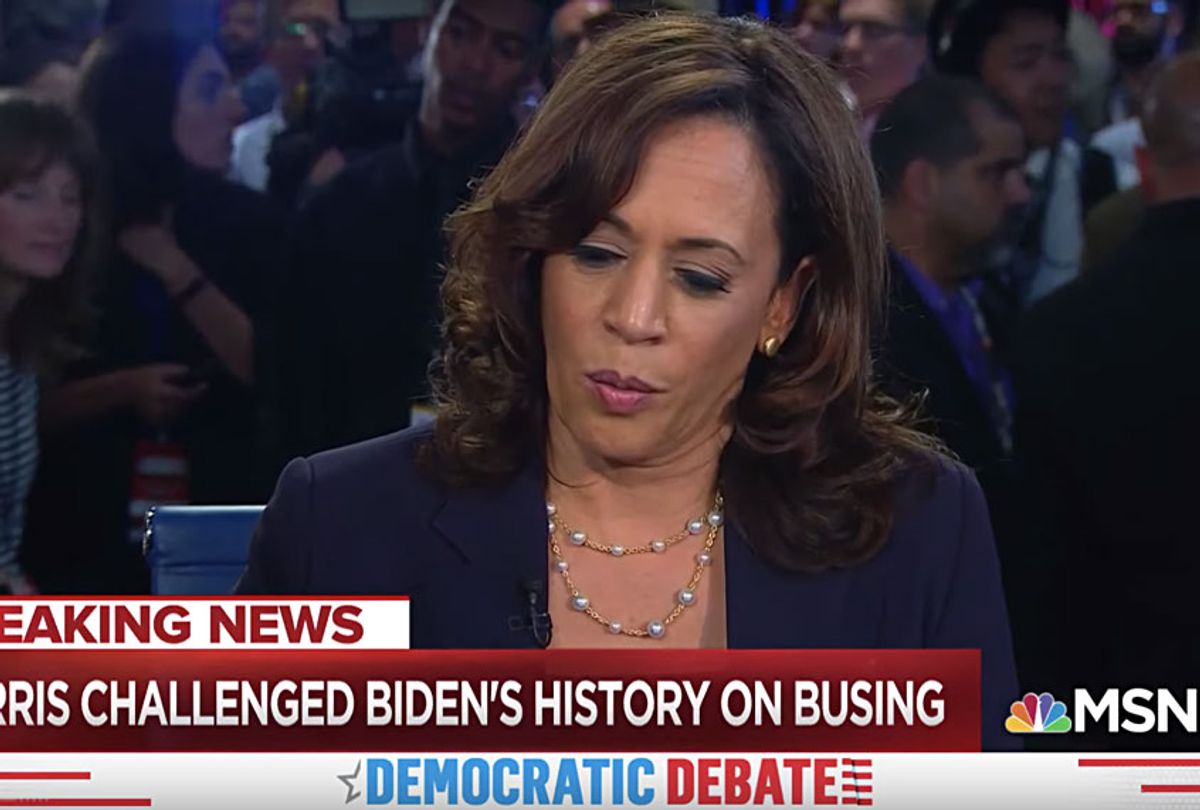 MSNBC host Chris Matthews on Thursday landed the first major post-debate interview with the crowned "winner" of the second Democratic primary debate, Sen. Kamala Harris. Among his questions for the California Democrat, who had a standout performance: How do you not "have hatred towards white people?"

The question came after Harris took aim at frontrunner Joe Biden during the debate over his civil rights record, as well as remarks the former vice president made earlier this month about his "civil" working relationship with segregationist senators in the 1970s.

Harris also took a shot at Biden's past opposition to a federal busing policy that provided transportation for black students to local schools attended by mostly white students before describing the experience of "a little girl in California" who traveled across districts as part of the second class of students bused to integrate the public schools in her county.

In her interview with Matthews after the debate, Harris reiterated several of the remarks she made on stage and explained that if the senators who Biden said he got along with had their way, then she would not be a U.S. senator — nor would she be on the debate stage making a pitch for why she's best-positioned to deny President Donald Trump a second term.

"Lester Holt would not have been asking questions on that stage. Barack Obama would not have been in the position to appoint Joe Biden vice president of the United States," Harris said. "So the consequences of their actions were very real and on the shoulders of a history in our country of really a very bad, awful, dark, dangerous and lethal time."

But "otherwise," Harris added, "I have a great deal of respect for Joe Biden. I do not believe he's a racist, but his perspective on those senators was something that was hurtful and it had consequences."

Matthews then told Harris that her attack on Biden was "very dramatic" and done "in almost a way that a prosecutor has to point a finger at a defendant and say, 'You did those things.'" He then asked her, "Do you feel that still? Do you feel that memory?"

"Of course I do. It's the memory of a child who felt pain," Harris said. "I mean, I have gotten beyond it obviously. I didn't let it cripple me, but it is a real emotion that a child feels based on a fact that these issues are real in our country. And we have to speak truth to it."

Later in the conversation, after explaining that he prefers the word "ethnicity" to "race," Matthews asked the candidate another question. Given the racism she was experienced as a child, "How did you come out of that and not have hatred towards white people generally?"

You can watch the full exchange here: