Demand for Impossible Burgers is so high that restaurants can't keep them in stock, it's past time for alt-chicken 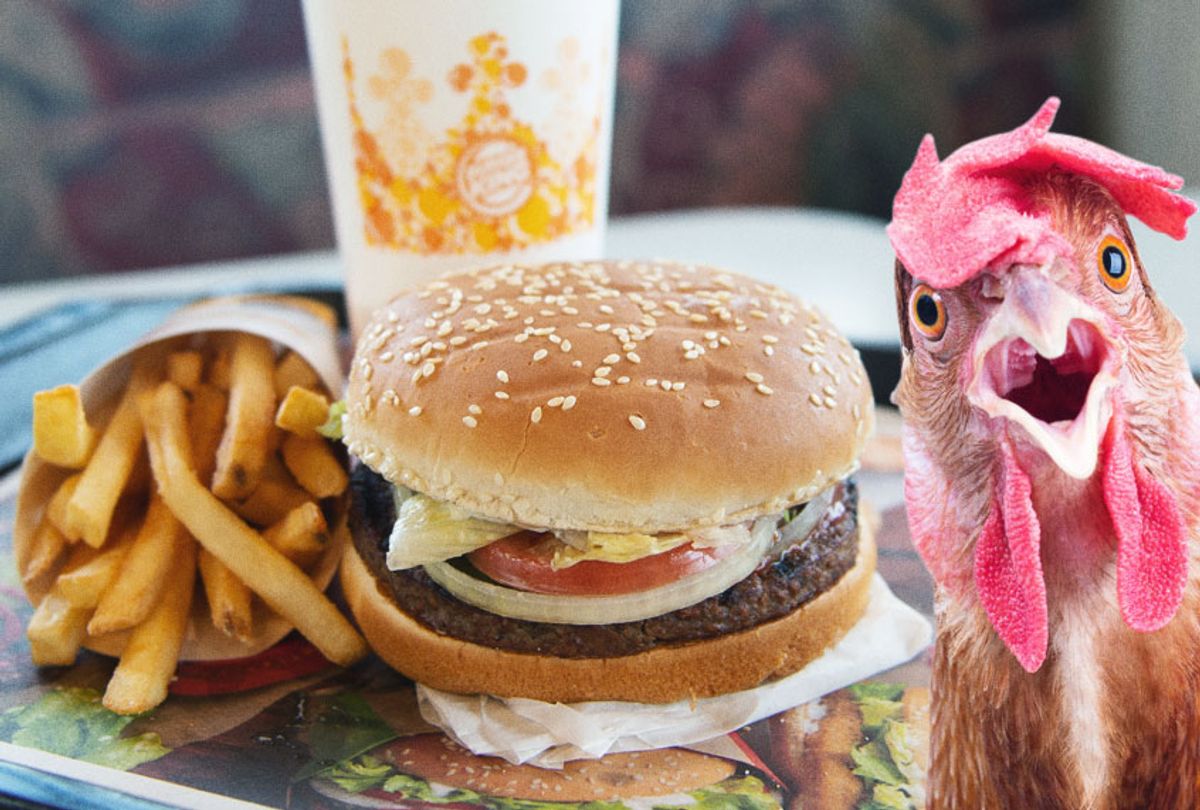 Not a day seems to go by without the launch of a new plant-based alternative from a well-loved restaurant chain or brand. In recent months, Burger King has introduced the new Impossible Whopper from Impossible Foods, while Del Taco has launched two meatless tacos and a vegetarian burrito, and Red Robin announced it will also start serving the Impossible Burger.

The rise in plant-based alternatives has soared in recent years, and fast food giants are rapidly getting behind the shift in eating we’re witnessing away from meat. This is undoubtedly helping to fuel attitude and diet changes even further.

However, it seems the tide is slowly starting to turn. Chicken company Perdue has partnered with The Better Meat Co. to develop nuggets, tenders and patties made from a blend of animal meat, cauliflower, chickpeas, and plant-based protein that will be available later this year. Perdue’s Chicken Plus line may not be a 100% plant-based alternative, but it signals a shift towards Perdue expanding into plant-based foods.

Other brands well established in the meat industry have recently announced plant-forward alternatives. Meat giant Tyson has announced it will be selling nuggets made partially from pea protein at grocery stores this summer under a new brand, Raised and Rooted.

And in the U.K., KFC recently started trialling a vegan chicken burger in restaurants across England. The Imposter burger features a fillet made from Quorn, coated in the Colonel’s Original Recipe herbs and spices. (The fast food chain officially sold out of it in just four days, citing that sales of the plant-based burger were 500 per cent higher than that of a normal burger.)

It’s not the case that plant-based chicken alternatives haven’t been available at all in recent years, but it’s an area that’s fallen behind the unprecedented innovation we’ve seen from red meat alternatives. While plant-based chicken alternatives available in grocery stores have served an important purpose for early adopters, it seems the investment into research and development of comparable chicken products has been far outweighed by the likes of recent start-ups like Beyond Meat and Impossible Foods.

“There are, and have been, lots of plant-based chicken products on the market for years, as there were burgers, but no one was really focusing on making products that had the juiciness and crunch of animal-based chicken,” says Kristie Middleton, vice president of business development at Rebellyous (formerly Seattle Food Tech).

These recent developments, however, could signal a change. And getting plant-based chicken right will be a huge – and much needed – breakthrough in the plant-based industry.

The rise of plant-based burgers is undoubtedly alleviating some of the carbon emissions and animal cruelty at the heart of the meat industry. And chicken farming is arguably even more damaging.

The U.S. has the largest broiler chicken industry in the world, and the number of chickens slaughtered for food far outweighs any other land animal. Broiler chickens on factory farms are separated from their parents, and often confined to cramped conditions where they are stressed and become aggressive to each other. They spend their time in the dark, injured, unwell and unable to move, with no choice but to breathe ammonia and particulate matter from feces and feathers. (For this reason, in addition to highlighting the benefits of fast-food chains incorporating plant-based option on their menus, many advocates are encouraging companies like McDonald's to upgrade its animal welfare standards. The company still sources chickens who've been bred to grow so large, so fast that many cannot even walk without pain. The good news is that Burger King, Subway, Jack in the Box, and more than 100 other food companies have committed to phasing out this abuse.)

In addition, one of the biggest motivators for switching to a plant-based diet is the proven health benefits. Red meat has been linked to heart disease, high cholesterol and early death. While chicken has long had a free pass, we know that chicken is low in fiber, and recent research suggests it’s just as bad for cholesterol as red meat.

In an ideal world, we would replace fast food with whole vegetables, legumes, whole grains, and fruit. But the most effective way to alleviate the rising consumption of all meat - including chicken - is to offer alternatives that live up to the Impossible Burger, Beyond Burger, and other great plant-based alternatives, so that consumers don’t feel they have to make radical sacrifices or changes to their diet and lifestyle.

The only way we’ll achieve this is if plant-based companies invest more into research and development, and boost chicken alternatives to the same experience that the likes of the Impossible Burger and Beyond Burger offer. The innovations in the industry so far have been incredible – this is the kind of challenge it was made for.