Both winners of the Guatemalan presidential vote have been accused of corrupt practices. 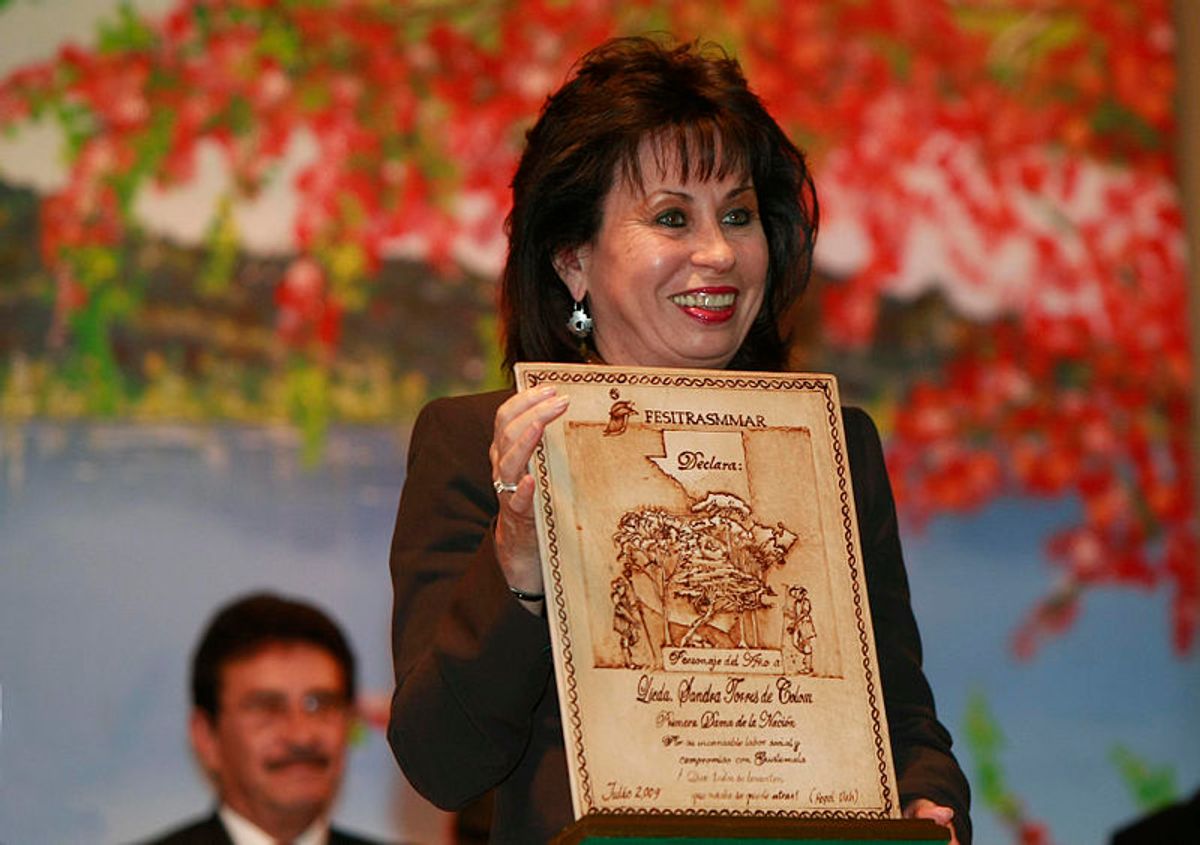 The two winners in Guatemala’s June 16 presidential vote — former first lady Sandra Torres and former prison director Alejandro Giammattei — will face off in a second round of voting in August.

But already one election loser is clear: Guatemala in its decade-long fight to root out massive government corruption.

Both Torres, who won 25.7% of a vote split between 19 candidates, and Giammattei, who trailed 11 points behind her, have both been accused of corrupt practices. Both are also alleged to have links to powerful Guatemalan organized crime groups involved in drug and human trafficking.

Early in the campaign the anti-corruption crusader Thelma Aldana was favored to win. But in May she was barred from the race for alleged financial mismanagement while she was Guatemala’s attorney general.

The judge who disqualified her candidacy is under investigation for accepting bribes, and many saw the ruling as politically motivated. As attorney general from 2014 to 2018, Aldana worked closely with the United Nations-backed anti-corruption panel known as CICIG and protested when President Jimmy Morales expelled its prosecutor earlier this year.

Since its creation in 2007, CICIG has prosecuted three former presidents and dozens of other high-ranking officials in Guatemala for everything from money laundering and embezzlement to ties with organized crime.

Both Torres and Giammattei oppose CICIG’s continuing presence in Guatemala.

Neither is expected to pull the Central American country out of the morass of kleptocracy, violence and extreme poverty that sends thousands of desperate Guatemalans fleeing abroad each year.

It’s grim but not remarkable that Guatemala’s next president may be in cahoots with organized crime.

Through bribery, coercion and threat of violence, criminal cartels have infiltrated Guatemala’s government over the last 20 years. A CICIG investigation found that half of political party financing comes from organized crime and corruption.

It’s not just the president: In Guatemala’s Congress, dirty legislators known to be on the take are locally regarded as the “Pact of the Corrupt.”

As a longtime researcher on post-conflict justice in Guatemala, I see both the CICIG and Aldana’s efforts to root out corruption and end impunity as absolutely critical to stabilizing the country. So this election worries me.

Until her term as attorney general ended last year, Aldana helped strengthen the rule of law in Guatemala. Like her predecessor, she pushed forward human rights trials of former military brass implicated in the massacres of hundreds of thousands of Guatemalans in the decades-long armed conflict that ended in 1996.

This work cost Aldana her presidential run and quite nearly her life: She fled the country in March after the American Drug Enforcement Agency warned of plots to kill her.

That left Torres as the clear frontrunner to become president of Guatemala.

Torres, who is on her third presidential run, is the ex-wife and former social affairs secretary of jailed former Guatemalan President Alvaro Colom. He was accused of taking US$11 million from drug traffickers in 2007 and is now awaiting trial on separate charges of complicity in a kickback scheme for a new bus system.

Torres herself was accused by Guatemalan prosecutors of illegal campaign financing for her 2015 campaign. That charge could have derailed her presidential bid, but anti-Aldana prosecutors are widely believed to have slow-walked their investigation of Torres until her candidacy was approved.

Under Guatemalan law, she now has immunity from criminal charges until she either loses the election or finishes her term.

As president, Torres would likely reinstate the popular social welfare programs that characterized her ex-husband’s government from 2008 to 2012. Her campaign targeted voters largely in poor, rural areas of the country who could desperately use more government aid.

Torres’ runoff opponent Alejandro Giammattei, an ally of President Morales, is an extreme right-wing former prison official with known ties to old military intelligence groups involved in illegal activities. He was the director of prisons when seven prisoners were killed in jail, in an apparent mass assassination.

Giammattei was charged but eventually acquitted of conspiracy in the prison deaths.

He draws his electoral support from the military and Guatemala’s conservative traditional elite. This is Giammattei’s fourth presidential try.

Though the top two vote-getters were political veterans and Torres’ National Unity of Hope party won a majority of congressional seats, new forces on the left made inroads in Guatemala’s election, too.

Thelma Cabrera from the Movement for the Liberation of Peoples, a new indigenous political party, placed fourth with just over 10% of the presidential vote. Cabrera, a Mayan organizer for the peasant rights organization Codeca, ran on an agenda of “dignity” and radical change, including a “plurinational” constituent assembly that would better reflect the diversity of Guatemala’s population.

Congressional candidates from her party faced violence throughout the race — a sign that this indigenous movement has stirred up fear among the powerful elites who’ve governed Guatemala for decades.

And Thelma Aldana’s young Semilla, or “Seed,” Movement won just over 10% of legislative seats. Semilla will be a vocal opposition voice when Guatemala’s new Congress takes office in 2020.

Between now and then, I expect the current Congress will scramble to restore business as usual in Guatemala.

Free of Aldana’s anti-corruption crusading and of the CICIG’s scrutiny, lawmakers are expected to try again to pass a controversial amnesty law.

That would protect former military officials from being prosecuted for crimes committed during Guatemala’s civil war, including a well-connected former Guatemalan general just charged with genocide for army operations he oversaw in the 1980s. Luis Mendoza García, who has been on the run since 2011, was arrested on election day while voting in his home town.

No matter who wins the presidency in August, Guatemala’s vicious social problems remain deeply rooted. That’s bad news both for Guatemala and nearby countries, including the United States.