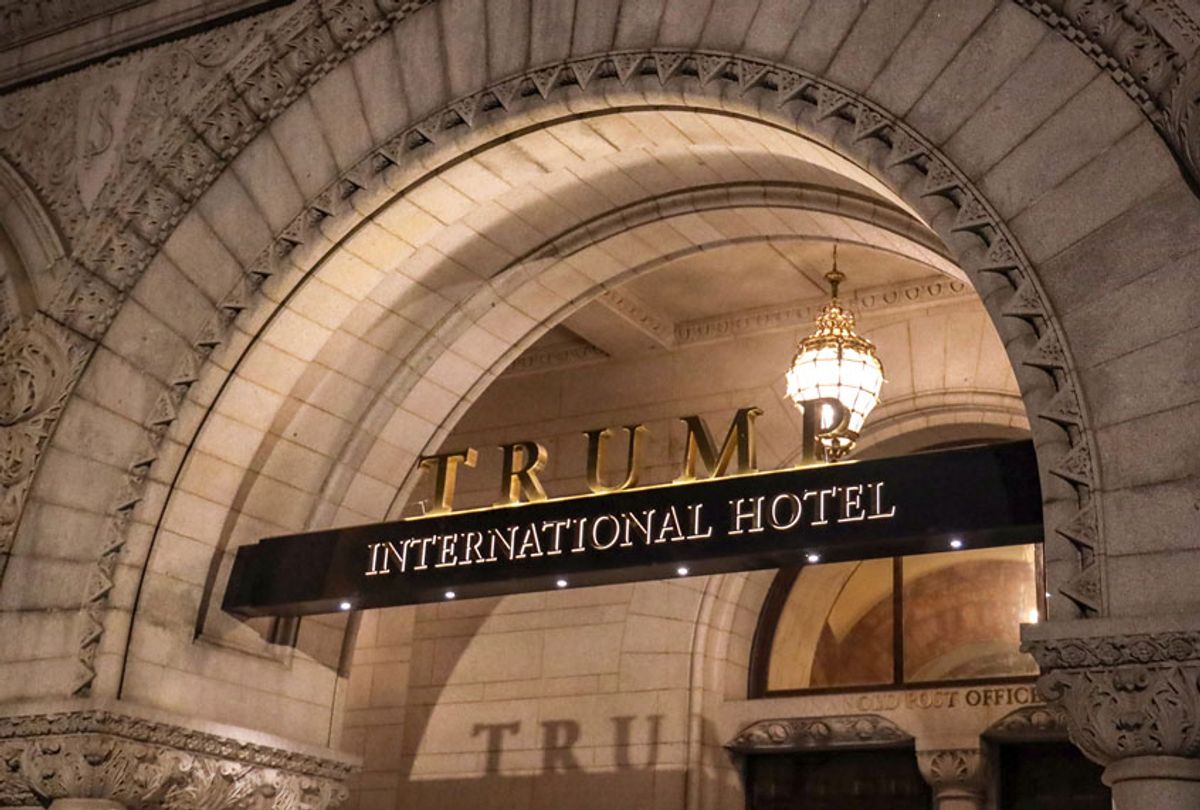 On Thursday, NBC News reported that the Trump International Hotel in Washington, D.C., billed the Secret Service $200,000 in just 2017.

Documents obtained through the Freedom of Information Act reveal a stunning expenditure of security money paid to the Trump property, which was run out of the Old Post Office building and on lease from the General Services Administration. In one instance, the Secret Service spent $30,000 in two nights.

GSA has been criticized for its failure to consider conflicts of interest in leasing the building to the president in an inspector general report.

The Secret Service generally has to reimburse whatever establishment the president visits for any goods or services they use. This is in theory an ethics rule to prevent them wasting taxpayer money — but it has the opposite effect when the businesses being patronized belongs to the president’s family, a conflict of interest that past presidents took great pains to prevent ever from happening.

Previous reporting indicated the Secret Service also spent $63,000 at Trump’s Mar-a-Lago golf resort that year, including tens of thousands in golf cart rentals alone. The agency reportedly has struggled to pay its officers because of how much they have had to spend protecting Trump Organization properties.