The government is working — for corporations

With myriad inappropriate appointments for positions within the Trump administration, the big picture is revealed. 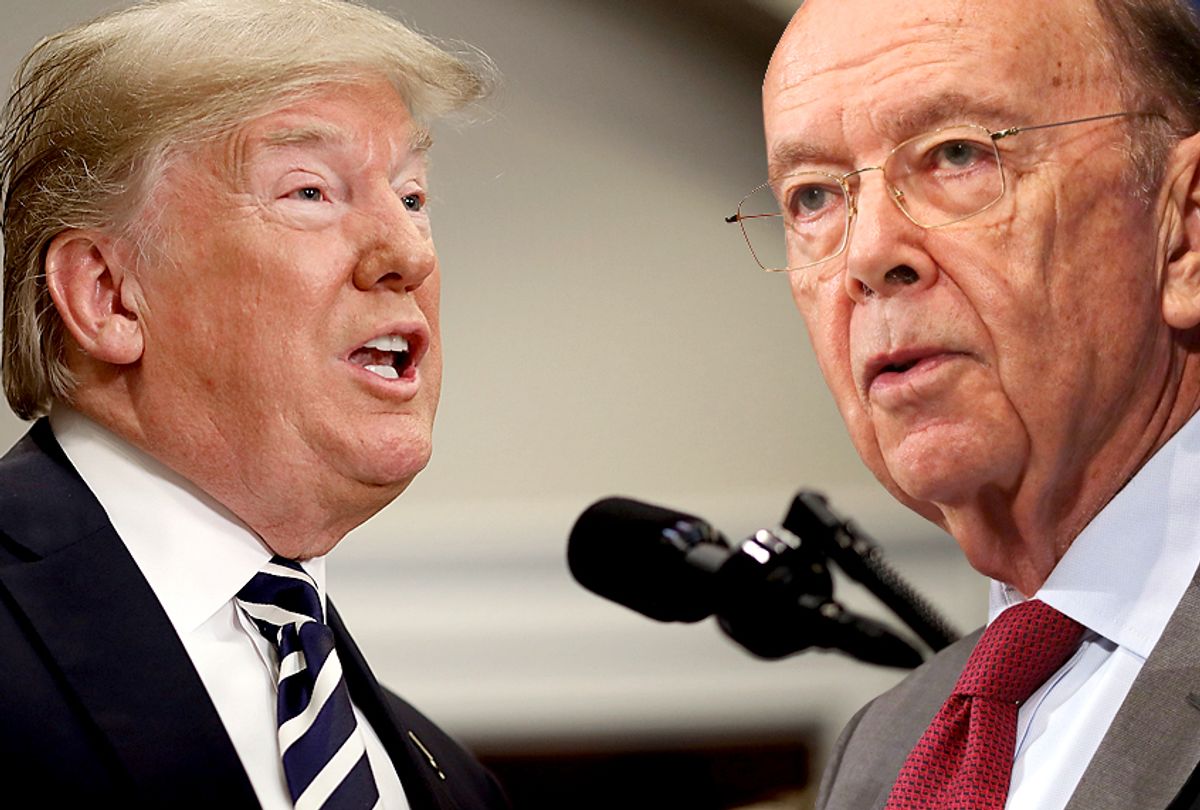 In light of a violent past, Acting Defense Secretary Patrick Shanahan has withdrawn himself from consideration as President Trump’s official pick to lead the Pentagon, leaving Mark Esper, a former vice president of government relations at Raytheon, to succeed him.

If you can imagine an obviously inappropriate appointment for any given regulatory body, Trump has probably already filled it. The Daily Beast found that more than half of his 2017 nominations had conflicts of interest, ProPublica confirmed the trend in 2018, and tracking by the Sunlight Foundation suggests little has changed in 2019.

After all, it wasn’t Shanahan’s history with Boeing, where he oversaw the development of both missiles and 787s, that disqualified him, but rather allegations of domestic abuse. It’s the latest in a series of high-profile turnovers, each one introducing a new industry player just as unfit for government as the last one.

Interior Secretary David Bernhardt was just confirmed in April after Ryan Zinke resigned amid a staggering 17 ethics investigations. Bernhardt — an anti-science oil lobbyist with so many conflicts of interest that he carries a card around to keep track of them — has a clear record of pursuing regulatory rollbacks at the expense of the environment.

Of course, he’s not alone. Andrew Wheeler, a prolific coal lobbyist who wants to see more industrial runoff in our water, took over the Environmental Protection Agency (EPA) in February, overseeing the same regulations that he spent the last two years privately lobbying against. Wheeler looks set to continue his predecessor’s work of taking a wrecking ball to the EPA, reversing, lifting and weakening a huge number of life-saving environmental regulations.

Treasury Secretary Steve Mnuchin spent 17 years at Goldman Sachs, managed his own hedge fund, and was on the Sears Holdings board of directors during the wholesale corporate dismantling that occurred from 2005-2016, for which Mnuchin has been accused of asset stripping (to the tune of “billions of dollars”). Energy Secretary Rick Perry, who is reportedly stepping down in favor of more “remunerative work,” campaigned for president in 2012 (though inarticulately) on abolishing the very department he later oversaw.

Octogenarian “King of Bankruptcy” Wilbur Ross is still secretary of commerce, despite having so many lies on his financial disclosures that the Office of Government Ethics refused to certify them. Ross once received bipartisan praise from Sen. Richard Blumenthal for his willingness to actually divest from his holdings, but an investigation by Forbes found this to be untrue: As commerce secretary, Ross — who until 2016 was a registered Democrat — has maintained stakes in companies tied to the Chinese government, a shipping firm connected to members of Russian President Vladimir Putin’s inner circle and a Cypriot bank caught up in the Robert Mueller investigation. When the Paradise Papers outed his involvement in a sanctioned Russian energy company, Ross actually shorted the company in advance of their publication and turned a profit.

Health and Human Services Secretary Alex M. Azar II, an Obamacare-critic and anti-abortion advocate, built a portfolio between worth between $9.5 and $20.6 million working for Eli Lilly and Co. before joining the Trump administration.

Brendan Carr, a former telecom lawyer, is a commissioner at the Federal Communications Commission, and Dana Baiocco, a corporate defense attorney, works for the Consumer Product Safety Commission. A fertilizer salesman runs the U.S. Department of Agriculture (USDA), filling the agency with enough anti-science appointees to catch the attention of the Union of Concerned Scientists, while Elaine Chao, the Wells Fargo and News Corp insider who also happens to be married to Senate Majority Leader Mitch McConnell, is still secretary of transportation.

Trump himself has to take some responsibility for his swamp. He neutered an Obama-era ethics agreement by removing a restriction explicitly banning lobbyists from working in agencies that they’d lobbied for two years prior, provided they get a “waiver,” which neither names the individuals who receive them nor offers any explanation why, making an honest count of the lobbyists with waivers impossible.

But it’s McConnell and the senators on both sides of the aisle that allow these routine appointments to pass without any real resistance. Commerce Secretary Ross was confirmed 72-27, Interior Secretary Bernhardt was confirmed 56-41, EPA Administrator Wheeler was confirmed 52-47, and Transportation Secretary Chao was confirmed at a whopping 93-6.

Unlike some of Trump’s wholesale destruction of Barack Obama’s legacy, this particular spree of regulatory capture could only have happened with the full aiding and abetting of our Senate, including both Democrats and Republicans.

K Street shows no signs of backing down. Why would they? They’ve taken over the public interest. The public needs to take it back.