Carol Moseley Braun slams Harris’ debate tactics: She "got it wrong" about Biden

Despite criticism, Harris has appeared to stand by her decision to confront Biden over the issue of race 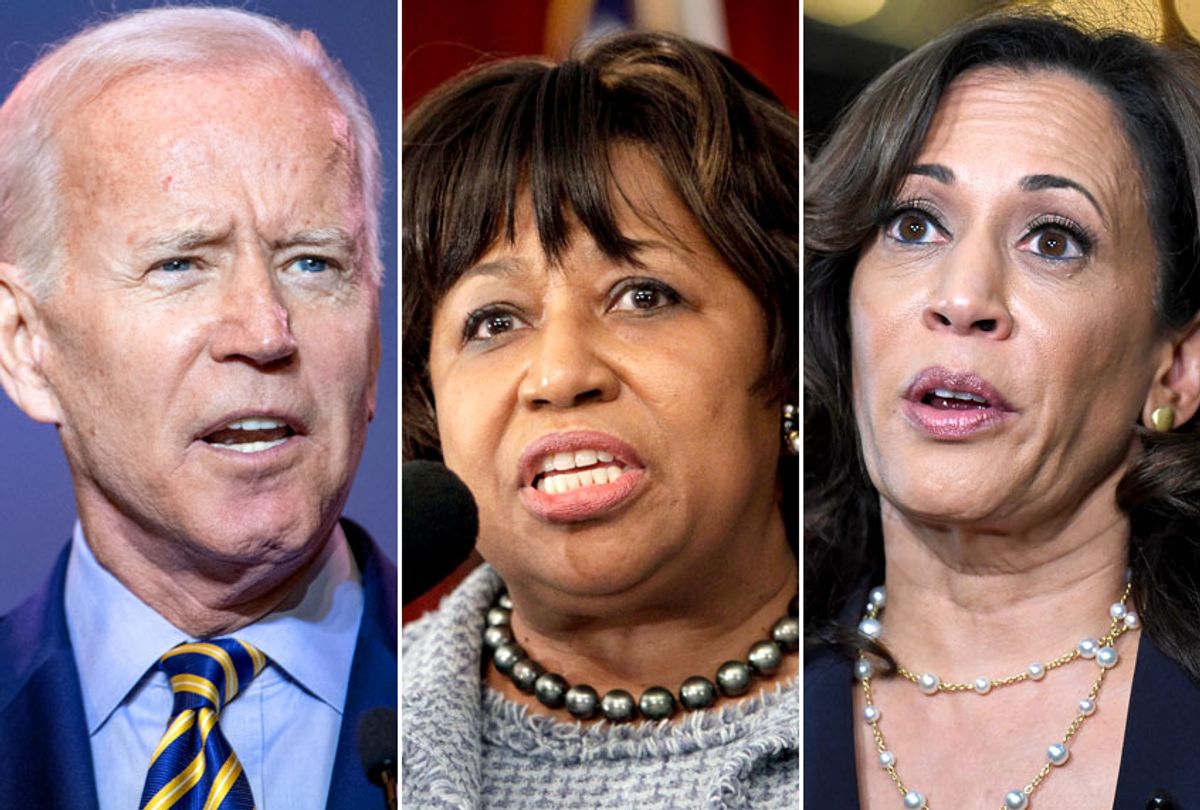 Democratic presidential Kamala Harris has come under scrutiny after she confronted former Vice President Joe Biden over the issue of race at the second Democratic primary debate last week.

Former Sen. Carol Moseley Braun, D-Ill., the first black woman to serve in the Senate, called the California Democrat's decision to attack Biden over his past civil rights record "sad."

"We can be proud of her nonetheless, but her ambition got it wrong about Joe," Moseley Braun told Politico. "He is about the best there is; for her to take that tack is sad."

Moseley Braun has endorsed Biden in the 2020 Democratic primary. Her comments come after Harris took aim at Biden over his civil rights record, as well as remarks the former vice president made earlier this month about his "civil" working relationship with segregationist senators in the 1970s.

Biden has labeled Harris' attacks as a "mischaracterization" of his views and said he was previously opposed to "busing ordered by the Department of Education” rather than busing itself. His campaign also called the senator's attacks a "low blow."

The exchange between Harris and Biden was seen a breakthrough moment for the California Democrat, who has received a surge of support and donations in the wake of her debate performance. Reps. Frederica Wilson, D-Fla., and Bobby Rush, D-Ill., were among those impressed by the freshman senator's debate performance. The lawmakers on Sunday became the fifth and sixth members of the Congressional Black Caucus (CBC) to endorse Harris.

Despite criticism from some Democrats, like Moseley Braun, Harris has appeared to stand by her decision to confront Biden on the issue of race. She told reporters Sunday that while she understands it "may make people uncomfortable to speak the truth about the history of our country," it is critical to "speak the truth."

"We must agree that there not only is fact that is the basis for these truths but that we should recommit ourselves to also agreeing that these things should never happen again," Harris said, according to Bloomberg.