From Iran to Bahrain to the border, it’s one tin-eared, out-of-step, stupid thing after another 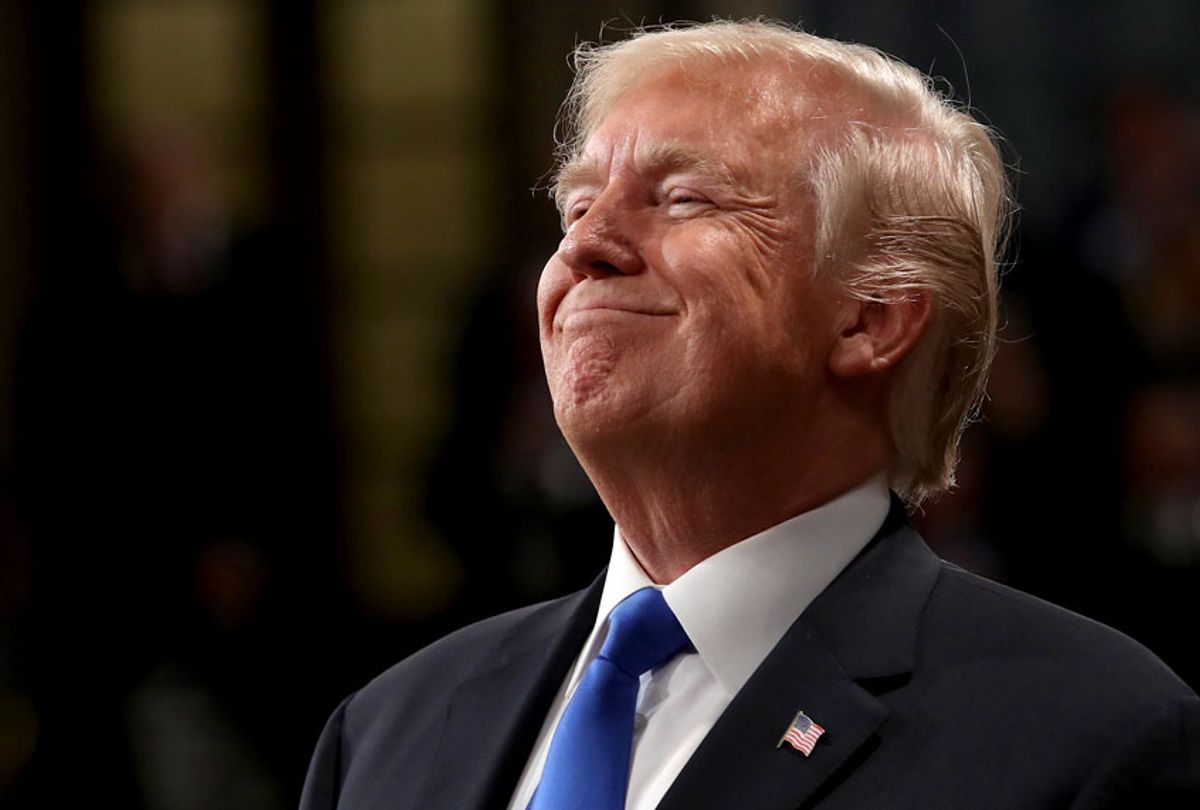 As Donald Trump continues to find only wonderful things to say about himself, his words­ — and actions — continue to belie an administration of lies and ineffectiveness, and bravado over solution. But all you need do is listen to the daily voices from the White House to feel as if you’ve entered a Twilight Zone episode.

Almost across the board, there are signs of slowdowns in the economy, U.S. standing in the world is slipping, particularly involving Iranian and North Korean nuclear ambitions, the immigration situation on the southern border continues to worsen both in numbers of border crossers and in the treatment of those held in detention, and there are personal issues galore. Through all of it, Trump continues to tweet policy announcements rather than provide an explanation, and to fight with Congress rather than figuring out how to work together.

The voices include Kellyanne Conway saying it is okay for her — not the average federal employee — to talk politics from the White House in violation of the law. The voices include Trump saying he did not assault or rape or even know columnist E. Jean Carroll, adding that “she’s not my type,” raising the question of what “type” Trump has in mind for sexual assault. The voices also express the bafflement of foreign leaders over policy-making and Trump executive time tweets in a time of pending war about his Democratic opponents.

A few notable updates show the nature of the effect of having a Trump White House:

Dealing with nuclear weapons foes: Yet more sanctions are on their way in a Trump attempt to squeeze cooperation out of Iran, while Trump and North Korean leader Kim Jong Un have exchanged letters described as “beautiful” and “excellent.” Meanwhile, neither squeezing nor serenading recalcitrant leaders seems to be proving effective. After backing off the strike on Iran in retribution for downing a U.S. drone, news reports quoted sources saying America launched cyber-attacks on missile-launching codes in Iran. Iran says it didn’t work, and they can still knock drones — or planes — out of the air.

And the new sanctions, which are in addition to the existing sanctions to ban the sale of Iran’s oil and other goods, are strange: They aim to block Ayatollah Ali Khomeini and others from reaching and using their international bank accounts. There is a threat to extend them to the foreign minister, whose job it would be to travel to different places to negotiate with Trump and European officials. The U.S. says it invites Iran to talk without pre-condition, but then lists 12 musts that start with stopping nuclear plans.

Now President Hassan Rouhani says the door is closed to negotiation. It is unclear how exactly any of this puts pressure on Iran that will bring about the abandonment of its nuclear ambition.

Appointing the Trump Team: From leaked memos, Axios disclosed an interesting array of bad hiring choices made by the transition team after firing former Gov. Chris Christie. What came across was that Trump generally favored those who had spoken well of him during the campaign over any measure of competence, that Trump specifically ignored red flags about people like Scott Pruitt and Tom Price, both Cabinet members who were dismissed or left under pressure.

The transition team then was headed by Vice President Mike Pence; the documents show that Trump himself passed on doing deeper examinations of selected candidates before simply announcing them. The White House response was that “President Trump has assembled an incredible team throughout the federal government who — in spite of 93% negative news coverage — has accomplished undeniable successes like tax cuts, record employment levels, a booming economy…rebuilding the military and crushing ISIS.” Christie summed it up, saying, the process was a guarantee to bring ill-equipped people into top jobs.

Judges join in criticizing migrant detention center cruelty: Judge William Fletcher asked Sarah Fabian, a Justice Department lawyer, “Are you arguing seriously that you do not read the agreement as requiring you to do anything other than what I just described: cold all night long, lights on all night long, sleeping on concrete and you’ve got an aluminum foil blanket? I find that inconceivable that the government would say that is safe and sanitary.”

Nevertheless, Fabian said there had never been a readout of specific basic safety requirements. The White House said that unless Democrats in Congress agree to changes in asylum law, among other immigration changes, they have canceled soap, water and beds at centers where minors are being detained.

It’s a position that raises questions once again for me about the gap in Trump policy between anti-abortion concerns and what happens to children once they are born.  Most of the young detainees have not been able to shower or wash their clothes since they arrived at the facility, those who visited centers told The New York Times. They have no access to toothbrushes, toothpaste or soap. “There is a stench,” said Elora Mukherjee, director of the Immigrants’ Rights Clinic at Columbia Law School, one of the lawyers who visited the facility. “The overwhelming majority of children have not bathed since they crossed the border.” The Trump response is to move the children to another facility, apparently in secret under cover of night — 100 were either returned or replaced in the original facility — and to remove and replace another customs and border patrol chief. Again, how this is supposed to get Congress to consider changes in the law is unclear.

Poor reception for the Middle East Peace Plan: As predicted, the general outlines of an economic approach to Middle East peace carried by presidential son-in-law Jared Kushner has fallen flat. Neither Palestinians nor Israelis will attend a meeting in Bahrain, where Kushner wants to float a plan to invest $50 billion in both sides if they buy into a peace plan. Palestinians said the plan was insulting, Israelis acknowledged internal political problems buying into easing access between occupied areas and Israel proper. We’re not even getting to step two, in which Kushner had hoped to introduce an outline of political cooperation.

The Trump shrug: That murder of American resident and journalist Jamal Khashoggi by Saudi Arabian operatives in their Turkish embassy last year? Let it go, says Trump now, after months of saying he would go after anyone involved. Of course, the evidence by a UN team looked again to point to Crown Prince Mohammed bin Salman, the lynchpin of American foreign relations with the Saudis. We have bigger concerns in selling the Saudis $400 billion worth of military weapons, said Trump. So much for protecting Americans.

Sometimes the voices in the news tell the story themselves.