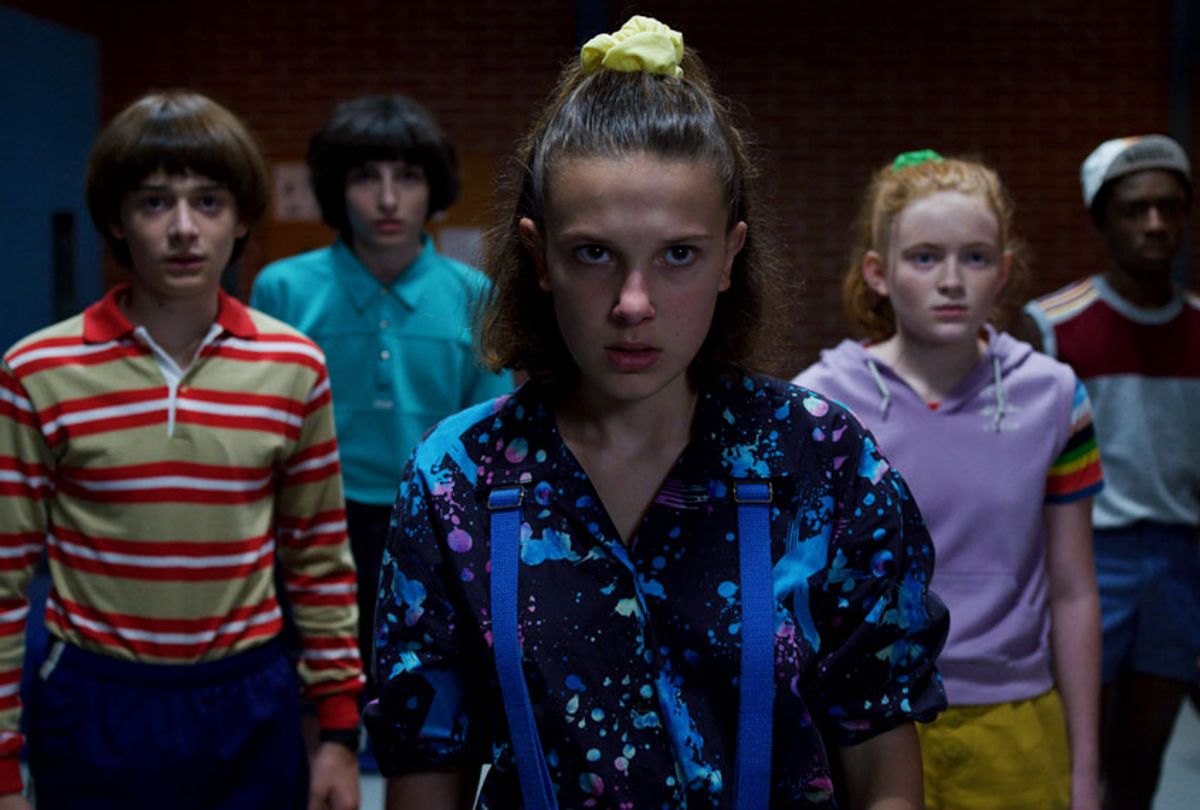 People look upon holidays with a sense of generosity, an expectation of communal interaction, and a comfort in knowing that regardless of what year it is, certain traditions are immutable. Independence Day is a great example of this — rain or shine, there will be fireworks.

Even if the 2019 edition of the Fourth of July is accompanied with a sense of uneasiness due to what’s going on in the world, and our anxiety-inducing relationship with [redacted], at least we can put those anxieties aside and enjoy some barbecue.

This is similar to how most people will view the arrival of “Stranger Things 3,” the third season of the genre phenomenon dropping on a national holiday, or Thursday. Not long ago the Fourth of July was a major day for movie releases. But the arrival of new “Stranger Things” episodes may be more highly anticipated than almost anything in theaters right now, and why not?

Like every season before it, the third season is jam-packed with cinematic references and Easter eggs catering to movie buffs and children of the ‘80s, including homages to “The Terminator,” George Romero’s oeuvre (and maybe “Night of the Comet”), [redacted] — oh, and especially, more than anything, [redacted] and [redacted]. There are jokes about New Coke, Eleven (Millie Bobby Brown) discovers neon and scrunchies, and there is conflict over Slushie flavors.

The most significant development, however, is the influence of [redacted] upon the town.

Netflix released the eight-episode third season of “Stranger Things” to critics along with one of the lengthiest embargo lists yet, one that precludes those of us writing about the series to reveal details about almost all of the action.

This doesn’t necessarily make evaluating its merits impossible, but it does require a bit of tap-dancing in the days leading up to its release, and if you don’t marathon the entire season on Thursday it’s probably best to avoid any stories about our collective return to Hawkins, Indiana, this time in the summer of 1985.

It's probably safe to observe that the flavor of “Stranger Things” is moving into pre-John Hughes territory by necessity, although for some more quickly than others. Mike (Finn Wolfhard) and Lucas (Caleb McLaughlin) have both entered the realm of teen romance. Lucas and Max (Sadie Sink) are still going strong while Mike and El are still in the early heavy-petting phase. El’s adoptive parent Hopper (David Harbour) is none too happy about that, so he consults Joyce (Winona Ryder), although she has her own worries to bear.

With half of his party fully hypnotized by romance, Will (Noah Schapp) feels a sense of distance from his friends as they turn away from boyhood pursuits like Dungeons & Dragons campaigns. Even Dustin (Gaten Matarazzo), who spent a month at science camp, is more understanding of the fact that life is changing for all of them. After all, during his time away, he [redacted].

Meanwhile, the older kids are contending with adulthood in more tangible ways. High school hero Steve (Joe Keery) is showing the classic signs of peaking early, spending his post-high school year working at an ice cream shop at the shiny new Starcourt Mall alongside his coworker Robin (Maya Hawke), who [redacted]. Jonathan (Charlie Heaton) and Nancy (Natalia Dyer) endure hazing and dismissal as interns at the local newspaper, where they [redacted]. Billy (Dacre Montgomery) finds a way to flex his dominance by serving as the lifeguard at the local pool, much to the delight of Hawkins’ bored housewives, especially Nancy and Mike’s mother Karen (Cara Buono). Summertime, 1980s style, continues apace. Except for [redacted].

Naturally “Stranger Things” isn’t going to transform into “Square Pegs,” and the Upside Down hasn’t gone anywhere. Neither has the government lab where season 2’s main action took place, although supposedly it has been shut down. Supposedly.

While “Stranger Things” gently utilizes some of 1985’s action to make parallels to 2019, these new episodes still remind us of why the series is equally praised and criticized for its sugar-coated presentation of nostalgia. Many critics and academics have poked holes in the way the series appropriates the false vision of Reagan’s America so as to promote the vision of a safer and more innocent time that never actually existed.

Being aware of this doesn’t preclude people from enjoying the series while still acknowledging the dome of cinematic and cultural artifice under which it operates. The series’ topmost lure is in its stubborn devotion to a Spielbergian vision of our culture, Steven Spielberg being the director whose filmography established one of the modern age’s dominant storytelling languages.

In some ways this third season dares to present the idea that a dose of nostalgia is acceptable, even welcome; oddly some portion of this commentary giving permission to romanticize the good old days plays out in the show’s own thematic development — or the overwhelming lack of it.

The Duffer Brothers previously announced that they envision “Stranger Things” as a story with a four- or five-season arc, a plan that requires key aspects of the series to evolve. That makes it odd to note how little the third season’s framework matures and changes the story beyond what’s been established in the first two. Certainly the priorities of the main protagonists have changed because they must. The younger actors are growing into teens and quickly moving beyond days of imagination-fueled adventure and furious bike rides.

While “Stranger Things” still does an adequate job of fan service, even by way of incorporating familiar stars like Jake Busey and Cary Elwes into the mix with the awareness that they’re highly recognizable, the mechanics of its plot are repeating themselves like a greatest hits cassette. You won't find much acknowledgment of El's identity odyssey that dominated season 2 other than a couple of flashbacks, and the producers consciously side-stepped repeating the mistake of the famous bottle episode generally considered to be a creative nadir for the show.

To be fair, El’s powers are the only weapon holding the monsters at bay, and with a bigger effects budget, the Duffers can’t be blamed for showing her using them more frequently and with force. But the tension has flowed out of them; not even her nosebleeds cause much of a worry beyond fretting how close she is to a tissue box.

Even so, an invigorated emphasis on comedy in these new episodes is welcome, particularly when the series finds a reason to give Brett Gelman’s conspiracy nut Murray an encore appearance. The strongest elements of “Stranger Things,” besides [redacted], is the writers’ awareness of what the audience wants and the best way to deliver those treats. The second season’s breakout character, Lucas’ sister Erica (Priah Ferguson) has an expanded role this season that both the writers and Ferguson maximize. A surprising team-up between [redacted] and [redacted] results in some of the series’ best comedic moments.

Angling for laughs is a necessity given the new episodes’ three-way break between the horror, action and buddy cop genres and ultimately buys the season some understanding when the last two episodes of the season spin out into a CG-heavy blizzard as [redacted] confronts [redacted] at the same time [redacted], and [redacted].

To some this may stand as evidence of a series relaxing into its baroque period, and depending on how much love a viewer has for the show, that’s probably fine. Kid fans are going to love it, although the frights have escalated this season. Adults yearning to be seduced by memories of a past injected into our brains by Hollywood will be amply satisfied — even when [redacted] goes to [redacted]. It’s the Fourth of July, after all, a great time to enjoy something sweet with little to no nutritional value besides the fun of it. That makes “Stranger Things” a summertime treat built for the broadest range of tastes — even demonstrably picky ones, like [redacted].