Border war of words: Trump, right-wing media are eager to muddy the waters. That means it's bad

Conservative media is working to downplay the situation at the border. Likely reason? It's worse than we think 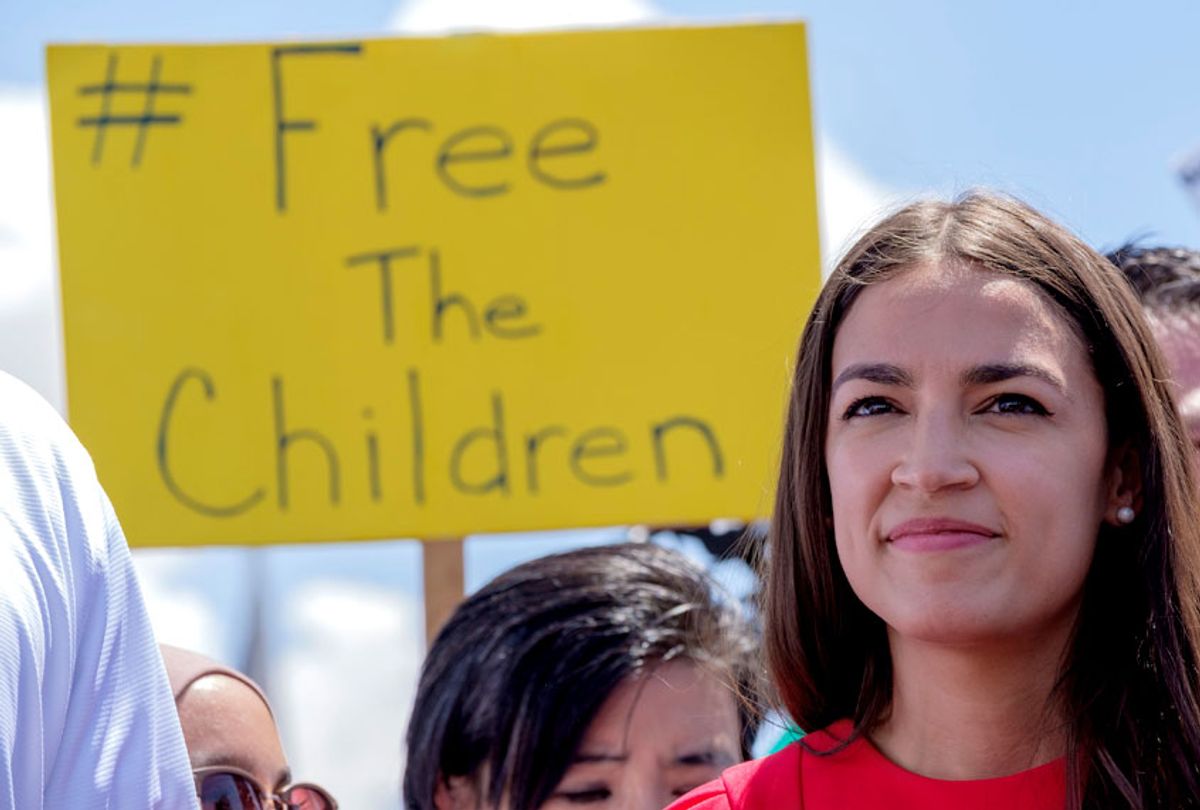 Are Donald Trump, Fox News and the Republicans going to be able to spin the crisis on the border? Reports are streaming out of Customs and Border Protection (CBP) stations along the border about migrants being kept in horrific conditions: People crammed into cells at three to five times their holding capacity, families being separated, people (including children) being deprived of sleep, showers, toothbrushes and food.

The reports are so bad that even the most strident racist has trouble rationalizing this away. But all this is happening behind closed doors, in facilities in relatively remote places like El Paso and McAllen, Texas. So the right-wing spinmeisters have their angle, which is to recast this as a "he said, she said" situation where the real truth is unknowable, and therefore anyone who would like to dismiss the complaints as liberal hysterics is free to do so.

"Who is telling the truth?" Martha MacCallum of Fox News intoned dramatically at the top of a Monday segment covering the issue, setting the frame of unknowability for her largely conservative audience.

The competing-accusations story is all coming from a visit made by members of Congress, led by a delegation from the Congressional Hispanic Caucus, to two CBP facilities in the El Paso area and another detention center for children run by the Department of Health and Human Services. The lawmakers emerged from the CBP tours visibly shaken, and Rep. Alexandria Ocasio-Cortez, D-N.Y., reported that one woman told her she was told to drink out of a toilet by Border Patrol agents.

Rep. Joaquin Castro, D-Texas, tweeted that the members spoke to Cuban women "crammed into a prison-like cell with one toilet, but no running water to drink from or wash their hands with," some who reported they "had not bathed for 15 days" and had "been held for more than 50 days." He tweeted a photo of women who looked jagged and exhausted and had clearly been crying.

Border Patrol leadership and Trump himself swiftly moved to imply that the congressional delegation was lying, or at least exaggerating.

"I know the Border Patrol is not happy with the Democrats," Trump said to reporters, casting the agency as victims of a partisan attack. "The Border Patrol, they’re patriots, they’re great people."

Anonymous sources, who appear to be Border Patrol officials, also swiftly moved to make accusations of their own, which, in a remarkable coincidence, were focused on Ocasio-Cortez, a favorite hate object on Fox News and throughout the right-wing thought bubble.

The accusations started at the Washington Examiner, a hard-right conservative outlet to which anonymous Border Patrol agents claimed that Ocasio-Cortez had behaved in "a threatening manner" and was "crying and screaming and yelling."

Fox News immediately elevated the accusations, which echo long-standing racist stereotypes of Latina women as unhinged hysterics. The anonymous accusers also portrayed the Border Patrol agents as nobly holding it together, saying "they wanted to respond, but they held back because she’s a congressional delegate."

This effort to recast the entire border crisis as a "nobody really knows" narrative, allowing people's existing prejudices and stereotypes to fill in the blanks, is complicated by a few factors.

The most immediate one is a report, released by ProPublica right before the congressional visit, showing that a secret Facebook group for current and former Border Patrol agents was a hotbed of racism and misogyny, and included one photoshopped image of Trump sexually assaulting Ocasio-Cortez. The active group also included jokes about letting migrants die and conspiracy theories about Democrats.

Border Patrol and right-wing media are heavily pushing the "few bad apples" narrative to minimize the revelation of this Facebook group. That's almost certainly an undue minimization, and not just because the sheer size of the group — 9,500 members — is literally more than half the number of active Border Patrol agents. Even accounting for the fact that members of the Facebook group could be former agents, the group exposed an uncomfortable and widespread aspect of Border Patrol culture.

It is also worth noting that Shawn Moran, a leader for the National Border Patrol Council, which is the agents' union, peddles racist ideas, uses terms like "illegals" and pushes the idea that immigrants are largely criminal. That such a man is in a leadership position cuts against the notion that these attitudes are rare or unacceptable in the Border Patrol.

The "conflicting stories" narrative is also undercut by official Homeland Security reports suggesting that the members of Congress, lawyers and other observers who have seen the inside of the facilities are describing something closer to the truth than the denials coming out of Trump's administration.

On Monday, NBC News reported that "an internal report prepared by the Department of Homeland Security's Office of Inspector General" detailed conditions "so bad that border agents were arming themselves against possible riots". The report, which again was created by administration officials, described cells so crowded that people couldn't lie down to sleep, including one where 155 men were crammed into a cell made for 35. On a single day, 75 people were treated for lice, due to the unsanitary conditions.

To be certain, not all Border Patrol employees are bad. As the DHS report also stated, two civilian employees used their own credit cards to buy food for the detained people, spending thousands of dollars to do so.

But the ugly truth, as the exposed Facebook group shows, is that Border Patrol is full of agents with bad motives. There's every reason to fear that the rapid decline of conditions at Border Patrol stations reflects a perception that having Trump as president is a permission slip to indulge agents' worst instincts.

As Elise Foley reported at the Huffington Post in February 2017, the mood throughout much of the Border Patrol when Trump was elected was elation that Barack Obama was being replaced by a man who claimed that many immigrants were "criminals" and "rapists."

"There was a real sense that we were going to be able to do our jobs again," Moran told Foley.

Moran has, in the past, called border towns "godforsaken" and complained that it's not the role of Border Patrol agents to take care of people, which he said is the work of "hired help." He was defending a tweet from his organization complaining that under Obama agents were being assigned to "Babysitting, Diaper Changing, Burrito Wrapping" for child migrants.

So it really shouldn't come as a big surprise that under Trump the interest in making sure kids are clean and fed has declined even more precipitously.

It's true that the situation at the border is chaotic, constantly changing and largely happening in secret, which makes it very hard to know exactly what the truth is. Right-wing media is exploiting that fact to the hilt, trying to portray the horrific conditions as both exaggerated and strictly the result of the larger numbers of migrants who are crossing the border to seek asylum. This narrative — and CBP's claims of good intentions — were hard enough to swallow to begin with, but lose even more credibility when one looks at the truly dreadful bigger picture.