The independent senator's impressive haul came largely from very small donations, unlike many of his peers 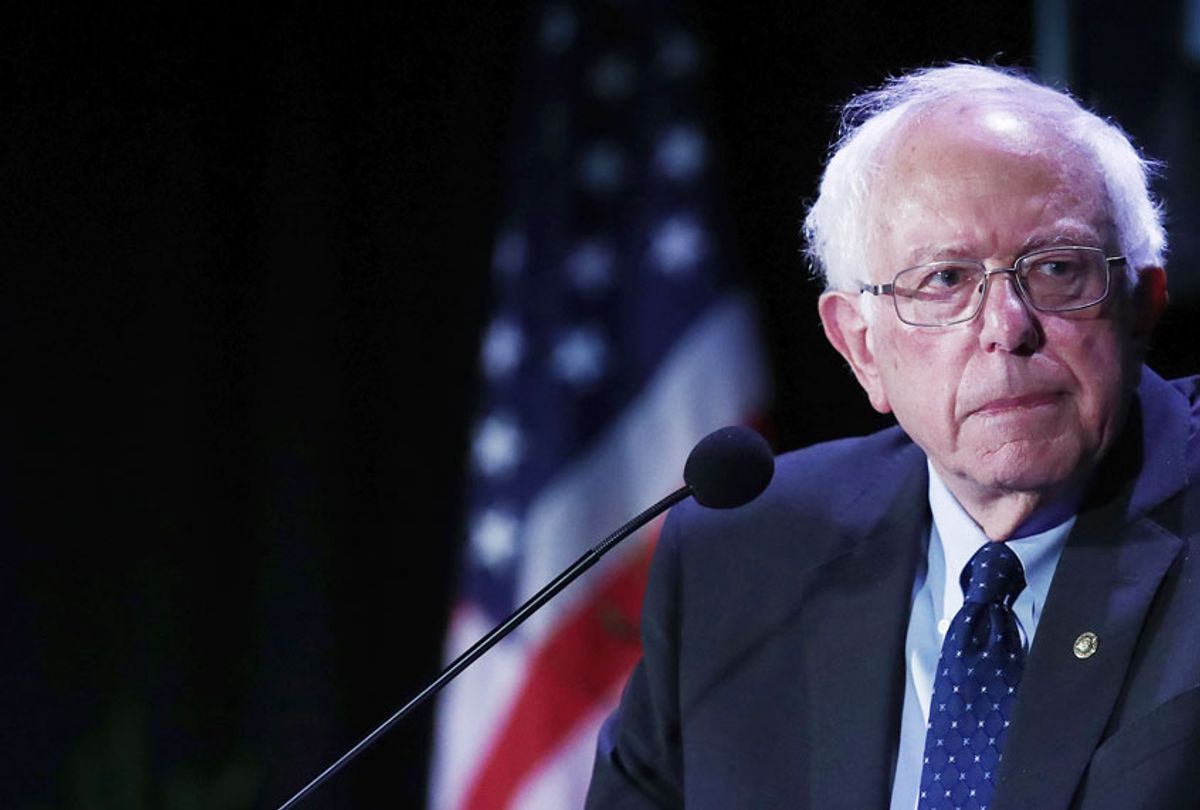 Sen. Bernie Sanders raised $18 million for his Democratic presidential campaign in the second quarter of 2019 and transferred an additional $6 million from other campaign accounts, for a combined total of $24 million deposited into his war chest as he enters the second half of the year.

The Independent Vermont senator's fundraising haul was powered by more than 1 million contributions in the second quarter alone, and nearly 99 percent of those donations were of $100 or less, his campaign said. The average contribution size was $18 — meaning that more people donated smaller amounts compared to the $27 average donation that the senator repeatedly touted in his first bid for the White House in 2016.  Sanders is likely to use the $18 average donation figure in his campaign literature as exemplary of how working- and middle-class voters believe in his political message.

The campaign said Walmart was the top employer of donors to Sanders' campaign during the second fundraising quarter of the year, suggesting that the senator's frequent attacks against the retail giant may be extending the breadth of his small-donor fundraising army.

Troves of employees at Amazon, Starbucks, Target and the U.S. Postal Service also donated to Sanders' campaign.  Sanders' campaign argued the employer data reveals that support for the lawmaker, who has been an outspoken critic of large corporations, is coming from "working people."

"While other candidates court big money at fancy fundraisers, this campaign is supported by teachers, retail workers and nurses who are putting what little money they have behind the one candidate who can bring about the transformative change this country needs," said campaign manager Faiz Shakir, a clear jab at former Vice President Joe Biden and South Bend Mayor Pete Buttigieg's fundraising efforts, which have featured catered events and admission tickets with a price tag of $2,800. "Our strength is in numbers and we have a million person movement committed to this campaign who can give over and over again."

The employer statistics do seem to reflect the average of the U.S. population, as Walmart and Amazon are among the top employers across the country.

Sanders is the second Democratic presidential hopeful to disclose his fundraising numbers for the quarter. His haul falls short of the nearly $25 million that Buttigieg's campaign announced it raised over the same period.

Candidates are required by law to track and disclose their fundraising reports to the Federal Election Commission, and those donations collected in the second quarter must be reported by July 15. Candidates are limited to collecting $2,800 from a single donor during the primary election.

Sanders' haul reveals that he continues to be able to rake in millions of dollars from a large pool of small donors —  a key argument of his presidential campaign and a clear distinction between the Sanders campaign and some of his top rivals, like Buttigieg and Biden, who are gobbling money from high-dollar donors, including venture capitalists in Silicon Valley, corporate executives and Wall Street bankers.

But Sanders, a prolific fundraiser of small-donor donations with near universal name recognition, still fell $6 million short of Buttigieg, who was relatively unknown on the national stage until a few months ago. Polls are also showing Sanders trailing Sens. Kamala Harris of California and Elizabeth Warren of Massachusetts, who both made significant gains in surveys taken after the first two Democratic primary debates last week.

Sanders has established himself as a national figurehead for democratic socialist ideas by pushing bold proposals, such as "Medicare for All," a $15-an-hour federal minimum wage, tuition-free college and university education, paid family leave and canceling the nation's outstanding $1.6 trillion of student debt and offsetting the cost with a tax on Wall Street transactions. He has also pledged not to accept money from special interests or corporate political action committees (PACs), which nearly every Democrat in the 2020 election cycle has vowed to do.

Several Democrats in the 2020 race, including Warren, Harris and Sen. Cory Booker of New Jersey, have embraced some of Sanders' progressive ideas — like a $15 minimum wage and "Medicare for All" — as they target Trump, suggesting the success of Sanders' second White House could depend on whether voters believe he is the best messenger for the ideas he helped popularize within the Democratic Party.

"You don't need Wall Street or fossil fuel money to harness a movement. In fact, by rejecting the influence of corporate money we have built a campaign that not only speaks to the working people and their issues but supports them in tangible ways. This is what a Bernie Sanders presidency would look like," Shakir said.