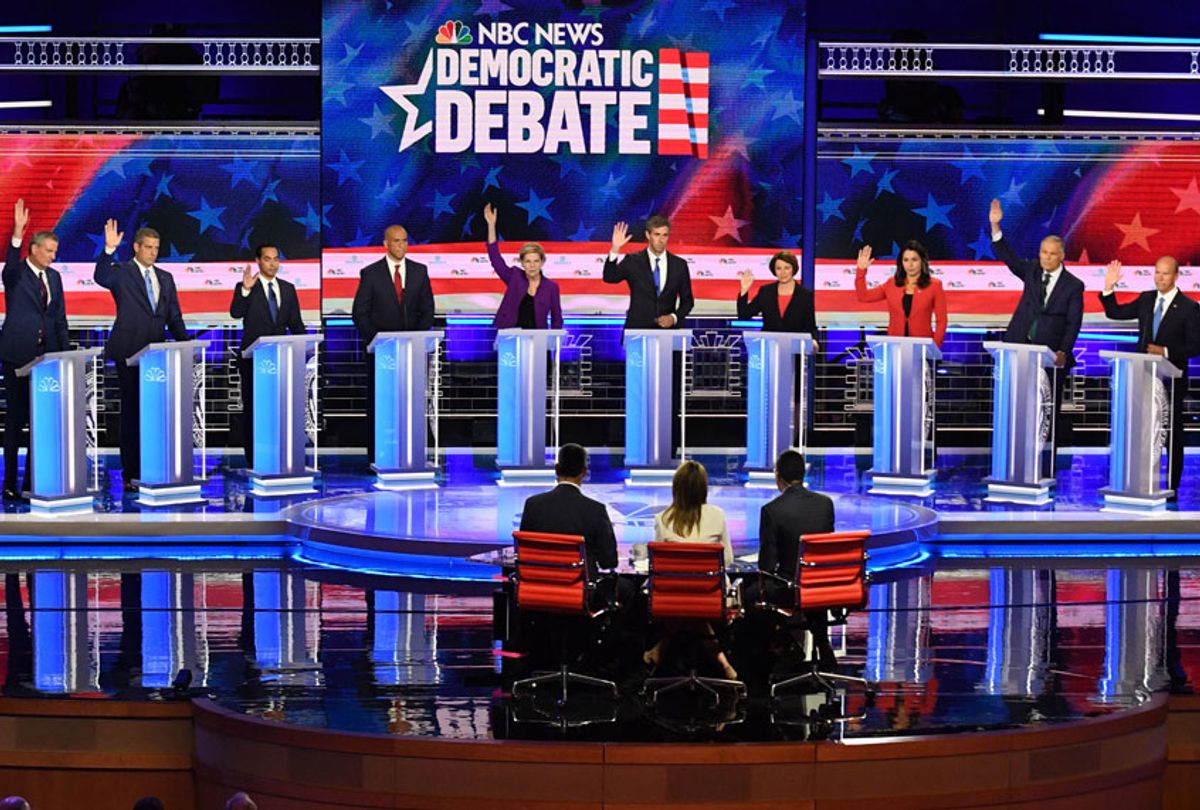 What is the greatest geopolitical threat to the United States? That was the question NBC’s Chuck Todd posed to 10 Democratic candidates for president during the first primary debate on Wednesday night. Four of them said climate change: Beto O’Rourke, Elizabeth Warren, Cory Booker, and Julian Castro.

The other candidates said nuclear war, China, and Russia. So ended a lightning-quick round of questions about climate change during the first Democratic debate in Miami. Most of the event was dedicated to other issues, like health care, immigration, jobs, and the pay gap. For the first 90 minutes or so, moderators steered clear of the climate crisis, even though the debate took place during a week that broke heat records in a city that’s rapidly sinking into the sea. But candidates managed to sneak tidbits of their climate plans into their answers anyhow.

Right off the bat, Warren said the economy was working for big oil companies, but not for ordinary people. She was also quick to focus on the climate crisis while talking about her industrial policy proposal, framing it as an opportunity for American innovation. “There’s going to be a worldwide need for green technology,” she said to applause. “We can be the ones to provide that.”

And then, of course, Inslee mentioned his $9 trillion climate change plan and the good-paying, union jobs it would create. Early on in the debate, though, Inslee took a break from his signature issue, focusing instead on showing voters that he can speak with confidence about topics like immigration and health care.

Beto O’Rourke, the stealth climate candidate this debate, said he would help cities become resilient in the face of impending climate disaster. “We in our administration are going to fund resiliency in those communities in Miami, in Houston, Texas, those cities that are on the frontlines of climate change today.” He also focused on farmers dealing with the fallout of flooding in the Midwest, particularly in San Juan, Iowa, a city he visited recently on the campaign trail. The former Texas representative surprised activists when he released an ambitious, $5 trillion climate action plan in April.

In the last presidential election cycle in 2016, only 1.5 percent of moderator questions focused on climate change. This time around, moderators grilled candidates on their plans for everything from carbon taxes to climate resiliency.

By the end of the debate, two things were clear: the amount of time dedicated to climate change this debate — less than nine minutes — was still not enough. And Jay Inslee isn’t the only climate hawk running for president.