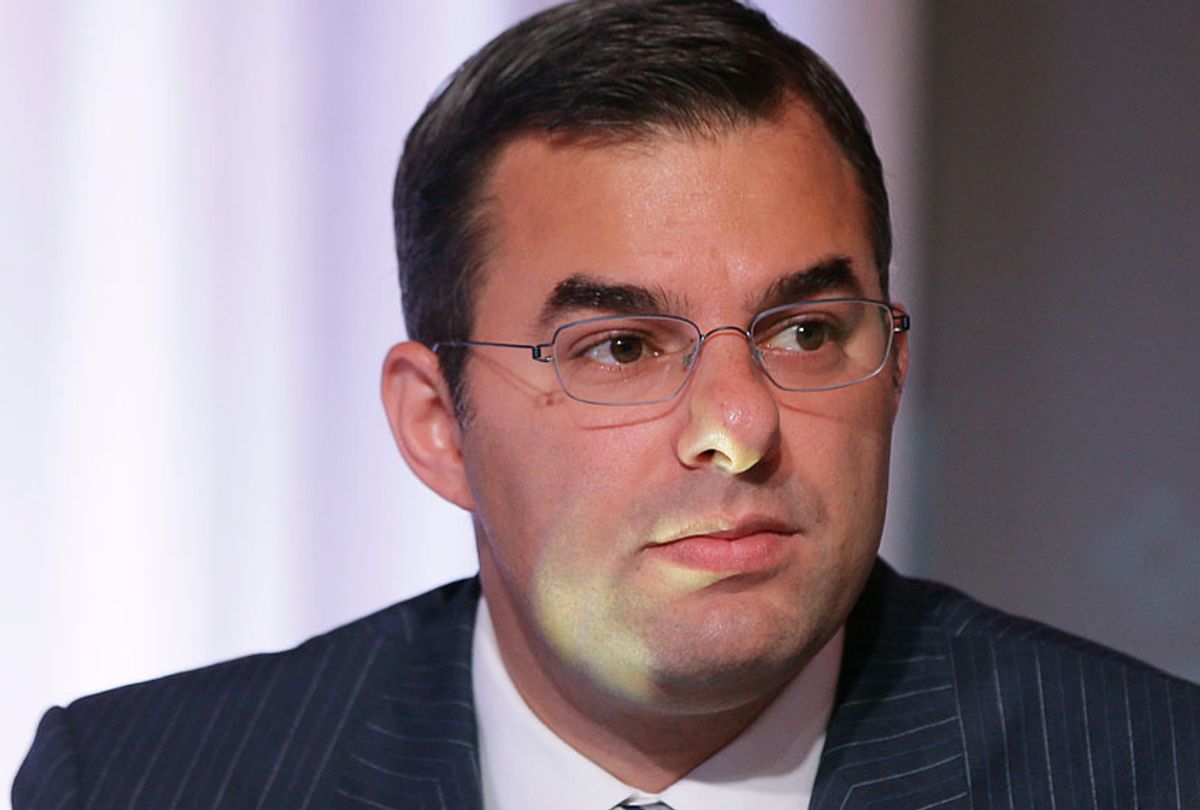 In an appeal written for the Daily Beast, a conservative columnist urged former Republican Rep. Justin Amash (MI) to take the next logical step and run for president against Donald Trump as a third party candidate even at the risk of electing a Democrat.

According to Matt Lewis — who claims he also no longer calls himself a Republican in line with Amash — he was “delighted” that Amash announced his own Declaration of Independence from the GOP on the Fourth of July, and said it gave him hope that it could bring about a sea change among fellow conservatives.

“I just really want someone to vote for come November 2020. Donald Trump (see his treatment of migrants on the border) is a non-starter for me.” he wrote. “And I’m left pining for a third-party designated hitter for the Republican Party.”

“Choosing Independence Day to announce your liberation from the Grand Old Party is both clever and poetic. And, having read Amash’s rationale for leaving the GOP, it seems to me like he now has an obligation to seek the presidency,” he continued. “Today’s Republican Party is, as Hunter Thompson said of the Kentucky Derby, decadent and depraved. As for me, I’m ready to go rogue. There’s a reason why I don’t self-identify as a Republican (though I am a proud conservative). I didn’t leave the party; the party left me. And I’m more than willing to follow Amash—if he does the right thing and runs for president.”

According to Lewis, there was no reason for Amash to stick around in the Republican Paty after what it has become under Donald Trump, writing, “It’s time for Justin Amash to run for president.”

“Sure, he’s not gonna win and he might even get blamed for electing a Democrat. But presidential campaigns are about more than the here and now,” he confessed. “Maybe someday the GOP will get its act back together, and maybe an Amash run will help inspire a new generation of conservatives and libertarians who will do just that. Or maybe this will be the beginning of a whole new movement—a whole new political party?”

Adding that he can’t vote for Trump and finds Democratic positions unpalatable, Lewis said he has set his sights on a “less ambitious goal.”

“To have someone on the ballot in 2020 that I’m not embarrassed to support,” he wrote, adding, “As far as I can tell, Justin Amash is the only game in town. ”