After a terrifying vision the novelist turned to the Episcopal Church. Soon after he became a countercultural hero 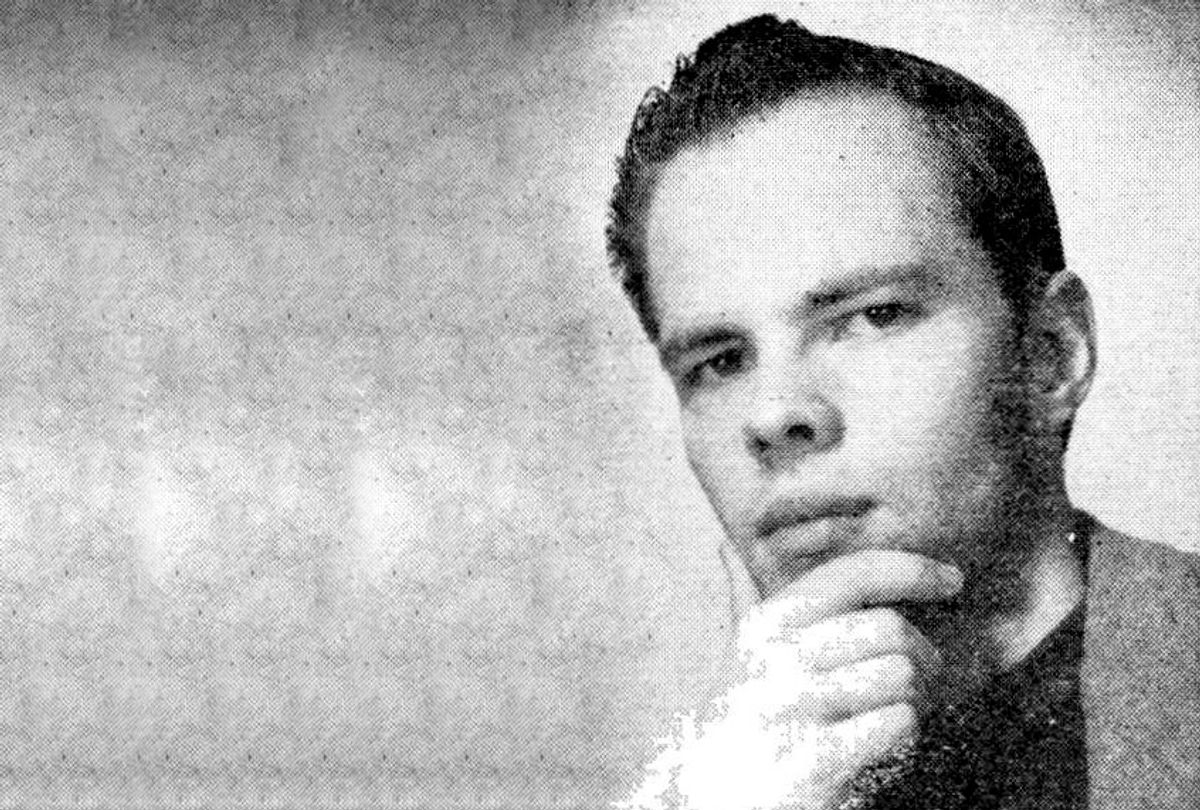 Adapted from “High Weirdness: Drugs, Esoterica, and Visionary Experience in the Seventies” by Erik Davis (MIT Press). Reprinted with permission from MIT Press.

Once considered a cult figure, the science fiction author Philip K. Dick is now recognized as one of the most prescient and powerful writers of the 20th century. His work not only foreshadowed many of the technological anxieties and possibilities of our era, but shaped the sensibility of the sixties and seventies in ways that continue to mark us today. His tumultuous personal and psychic life not only fed his art, but led him to pursue a quirky mysticism that took a myriad of forms.

In 1963 Dick turned to Christianity after a terrifying vision. By the fall of that year Dick’s third marriage had devolved along with the emotional stability of both partners; Dick even managed to have the psychiatrist he shared with his wife, Anne, briefly commit her to a mental hospital. Sometime during the fall, perhaps following the assassination of JFK, Dick was walking to the isolated shack he rented as a writing office. He looked up at the sky and saw a face, a “vast visage of perfect evil” that had empty slots for eyes. “It was metal and cruel and, worst of all, it was God.” For once, Dick was not just writing the weird; he was staring it in the face.

The visage haunted him for days, possibly weeks. He told his shrink, and he told the Episcopal priest at St. Columba’s Church in nearby Inverness, who identified the figure as Satan and gave Dick holy unction.

The exact relationship between the slot-eyed vision and Dick’s embrace of Christianity is murky. In some accounts it was the cause, while in others, he explained the turn to the church as Anne’s last-ditch attempt to save the marriage. In any case, the family began attending St. Columba’s by the end of the year, and were baptized in early 1964. Though Dick wouldn’t attend services for long, he more or less self-identified as a Christian and Episcopalian for the rest of his life. In his catechism class, Dick became fascinated with the Eucharist, which in the high church tradition embodied at St. Columba’s remains haunted by the mysterious logic of transubstantiation found in the Catholic rite. According to biographer Lawrence Sutin, Dick’s fascination with this almost alchemical transformation of God into matter led him to Jung’s “Transformation Symbols in the Mass,” where Dick may have encountered the explicitly Gnostic notions of the fallen and ignorant demiurge for the first time.

In a 1969 letter, Dick describes this pivotal 1963 vision as an “actual mystical experience” in which “I saw the face of evil.” In a foreword written a decade later, he back-peddles in a way that paradoxically speaks to the force of such spectral encounters, even as they flicker on the edge of the real: “I didn’t really see it, but the face was there.” In the late seventies, despite being neck-deep in the Exegesis, the expansive personal journal that explored his metaphysical beliefs and paranoias, Dick reduced his earlier mystical experience to psychological causes, particularly extended isolation and “sensory deprivation.” Switching to a more psychoanalytic register, Dick also explained that, subsequent to his hallucinatory vision, he came across a war photograph in Life magazine that reminded him of the terrifying World War I gas mask that his father—who abandoned the family when Dick was four—would sometimes don when Dick was a child. But even as Dick deflated his sky vision into an “atavistic” encounter with the absent and terrifying father, he still suggested that such psychological ciphers can nonetheless be hijacked by “transcendent and vast” forces. Regardless of origins, Dick’s imaginal encounter still had (metal) teeth. “Anyhow the visage could not be denied.”

Dick translated his dark vision into the titular character of 1965’s nightmarish novel "The Three Stigmata of Palmer Eldritch." Eldritch’s three stigmata include artificial eyes, a metallic hand, and steel teeth that, for literary scholar Marcus Boon anyway, suggest the motor-mouth jaws of speed freaks. In the novel, the evil Eldritch wrests demiurgic control over the subjective realities of poor Martian colonists and others who consume his new-fangled reality-twisting drug, Chew-Z. Though written when Dick felt like a born-again believer, the drug scenes in the book represent dark and debased parodies of Christian communion. The book also reflects the breadth of Dick's mystical comparativism. Instead of the I Ching, Dick fleshed out the novel’s metaphysics with another seeker best-seller, "The Tibetan Book of the Dead," as well as popular reports about LSD.

Dick was a huge H.P. Lovecraft fan, and his use of the Lovecraftian adjective “eldritch” is unquestionably an allusion to the Weird Tales master. Dick admired Lovecraft’s ability to create the sense that his disturbing stories were somehow true—a feature that we have identified as one of the keys to the weird. Indeed, despite its mutant offworld trappings, "Three Stigmata" is as much an example of supernatural horror as of science fiction. It certainly left many readers with the stoned Lovecraftian hunch that the same reality warp that imprisons Chew-Z users also absorbs the readers of the novel, preventing them from ever quite exiting its discursive labyrinth.

"The Three Stigmata" was unnerving, but it was also deeply weird. And it was recognized as such by many budding freaks and heads, who were scarfing up paperback metaphysics and pulp novels that not only included drugs but mischievously played with the malleability of reality and perception. With novels like "Now Wait for Last Year" (1966) and "Three Stigmata," which one review dubbed a “Satanic bible,” Dick earned a reputation not only as a psychedelic author, but as the author of books that functioned as drugs. As Emmanuel Carrère notes, “The adjective Phildickean—a term used to describe strange situations or a twisted yet accurate perspective on the world—was becoming a countercultural shibboleth, at least in some circles, as his reputation spread beyond the small world of science-fiction devotees.”

These science-fiction devotees had more influence on the cultural explosion of the sixties than is usually acknowledged. Indeed, one of the secret histories of the era is the migration of some very idiosyncratic bohemian writers from the tiny world of science-fiction fanzines into the emerging rock press, where they exerted an outsize influence on the vibrant spunk of the scene. Paul Williams, the most important of these science-fiction rock geeks (and later the executor of Dick’s estate), passed on a copy of Three Stigmata to Timothy Leary, who in turn gave it to John Lennon, who briefly considered turning it into a film. In 1967, in the introduction to his seminal Dangerous Visions anthology, the Los Angeles science-fiction writer Harlan Ellison notoriously claimed that Dick had written his contribution, as well as books like Three Stigmata, on LSD. For a while at least, this was a myth that Dick, having found a new identity in a countercultural world that was not entirely his own, was happy to nurture himself. By then Dick had drifted away from the life of the church, although he continued to refer to himself as a Christian and Episcopalian, and remained fascinated by the themes and tropes of Christianity for the rest of life.

Erik Davis is a journalist, scholar, podcaster, and counter-public intellectual whose writings have run the gamut from rock criticism to cultural analysis to creative explorations of esoteric mysticism. He is the author of "High Weirdness: Drugs, Esoterica, and Visionary Experience in the Seventies."