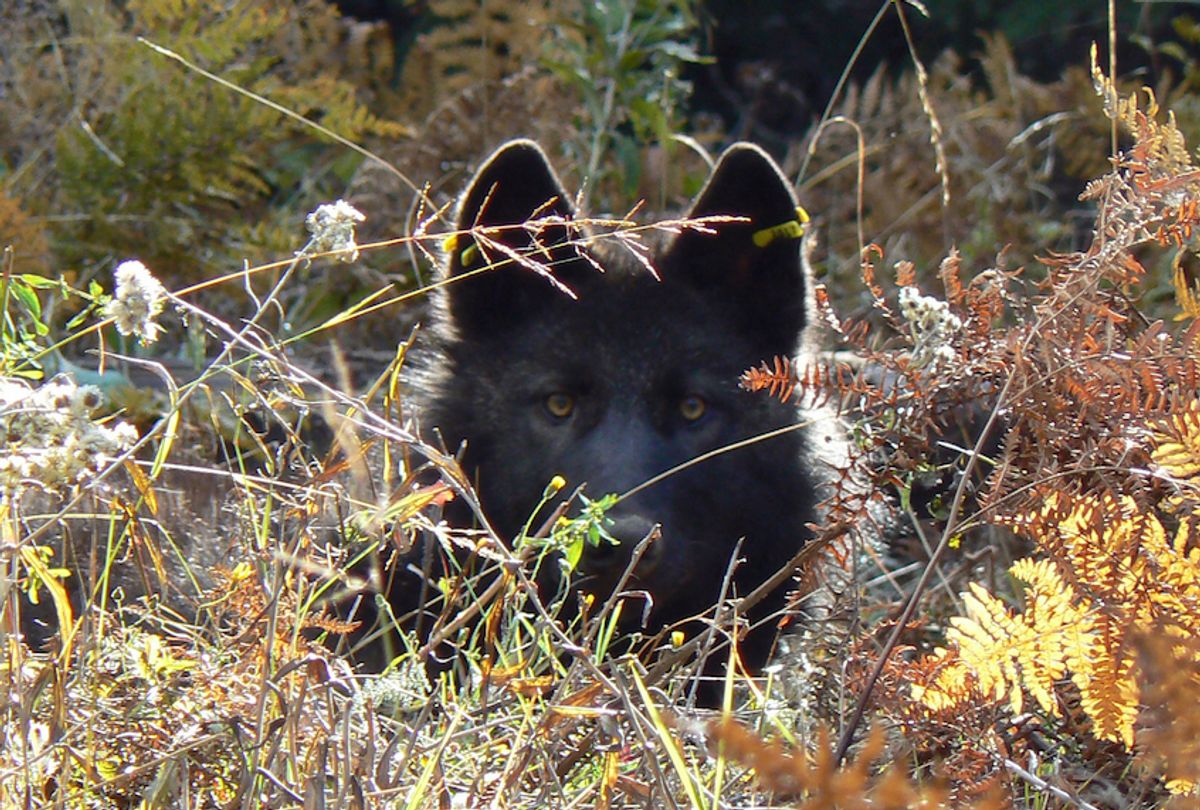 Almost a century ago, gray wolves were completely eradicated from western states due to aggressive campaigns using bounties, traps and poisons. With the protection of the federal Endangered Species Act, wolves made a comeback in places like the Yellowstone ecosystem and central Idaho. But in 2011, once their federal protections were removed in Idaho, the state quickly returned to aggressive wolf control methods including the recent use of helicopters to gun down seven wolves on national forest land in the Lolo District of the Clearwater National Forest in northern Idaho.

Why is Idaho using tens of thousands of taxpayer dollars to kill seven wolves? There are no livestock conflicts in the Lolo, and elk numbers declined long before wolves were present. Killing wolves year after year has had no measurable effect on elk numbers, yet the aerial gunning of entire wolf packs continues today. This is just one example among many demonstrating how badly Idaho is abusing its state authority to “manage” wolves, and a cautionary tale for what could happen if wolves were delisted throughout the lower 48.

Only about 500 to 800 wolves remain statewide, though we cannot know for certain since Idaho no longer reports wolf counts as it did under federal oversight. Comparatively, we have an estimated 2,000–3,000mountain lions, 20,000 black bears, tens of thousands of coyotes, over 100,000 elk, and more than 500,000 deer .Idaho pledged to manage wolves “like black bears and mountain lions” as part of the agreement to lift federal protections in 2011, but the state has broken that promise repeatedly, and the situation is only getting worse.

Like most states, Idaho Fish and Game (IDFG) adheres to a wildlife management model based on principles of fair chase, wildlife managed as a public trust, and elimination of private markets for game—specifically bounties. Until 2011, there had not been a public bounty on wolves since they were eradicated in the early 20th century. Since the loss of federal protection, Idaho has allowed a private anti-wolf group to pay bounties of up to $1,000 per wolf, today totaling about $250,000 including more than $20,000 from state wildlife funds, for 470 dead wolves. There is no bounty for bears or mountain lions, and there should never be a bounty for wolves either.

Idaho has also set aggressively long wolf hunting “seasons” — year-round in many parts of the state, allowing mother wolves and their pups to be killed even at their den sites. Idaho allows wolves to be trapped and snared where they may suffer for days before dying from dehydration, asphyxiation or being shot. Bears and mountain lions do not face year-round hunting seasons, are not routinely chased by helicopters and gunned down, and are not snared and trapped to death statewide. Idaho is clearly not managing wolves like bears and mountain lions.

While wolf supporters in Idaho repeatedly speak out against these double standards for wolves, Idaho officials argue that wolves must be aggressively managed because hunters and ranchers demand it. We hear their demands at nearly every IDFG public meeting and counter those with peer-reviewed science to best protect livestock and their own hunting statistics. Despite the anti-wolf rhetoric that wolves are “wiping out” elk herds, as many hunters claim, IDFG reports elk populations have increased to historic high numbers statewide in recent years despite the return of wolves.

And why should this surprise us? Evidence shows elk herds living with wolves (compared to those before wolves were reintroduced) have lower rates of some diseases, likely due to wolves hunting the weakest elk. With strong herds at sustainable numbers, it is clear that wolves and elk belong together and always have.

Another argument for killing wolves — conflict with livestock — is also steeped in misinformation. While there are more than 2 million cattle and over 200,000 sheep in Idaho, wolves only kill a few hundred livestock statewide annually. More livestock are killed by domestic dogs and preventable disease than by wolves. Many ranchers successfully minimize problems with wolves by proactively adopting improved livestock management strategies and utilizing conflict deterrence tools. Unfortunately, these ranchers receive far less support from Idaho wildlife managers than those relying on archaic taxpayer-funded wolf killing programs. Clearly, wolves are not a serious threat to the state’s livestock industry.

Rather than address the dominant issues threatening elk and livestock — disease, inadequate livestock husbandry and mismanagement of public lands, to name a few — vocal Idaho anti-wolf groups are using “big, bad wolf” propaganda to scapegoat wolves. This misplaced hatred has found a victim that cannot speak for itself and cannot escape traps, snares and helicopters. A brutal part of our state history is recurring while wolf-haters cheer them on. And now with renewed attempts by the Trump administration and some in Congress to remove all federal protection for wolves across the country, more wolves may become victims of archaic and brutal predator management, the very reason they once were afforded federal protection.

There is still time to speak out against national wolf delisting by adding your public comments here or here by July 15, 2019. Wolves are intelligent, closely bonded animals who play a vital role in nature. We need them more than ever to preserve biodiversity, strengthen ecosystems and reduce disease. They deserve our compassion, respect and legitimate efforts to coexist with them in the remaining places wild enough for wolves to roam.

Suzanne Asha Stone has worked in wolf restoration in the northern Rockies since 1988. Over the last 20 years, she has managed Defenders of Wildlife’s wolf conservation programs starting in Idaho, Montana, and Wyoming and now in Oregon and Washington as wolves expanded their range. She is the lead author of “Adaptive Use of Nonlethal Strategies for Minimizing Wolf- Sheep Conflict in Idaho” and “Livestock and Wolves: A Guide to Nonlethal Tools and Methods to Reduce Conflicts.” Today, she works with livestock owners and wildlife managers to devise and implement nonlethal coexistence strategies to reduce wolf and livestock conflicts both in the western USA and internationally. You can find her on Facebook and Twitter.