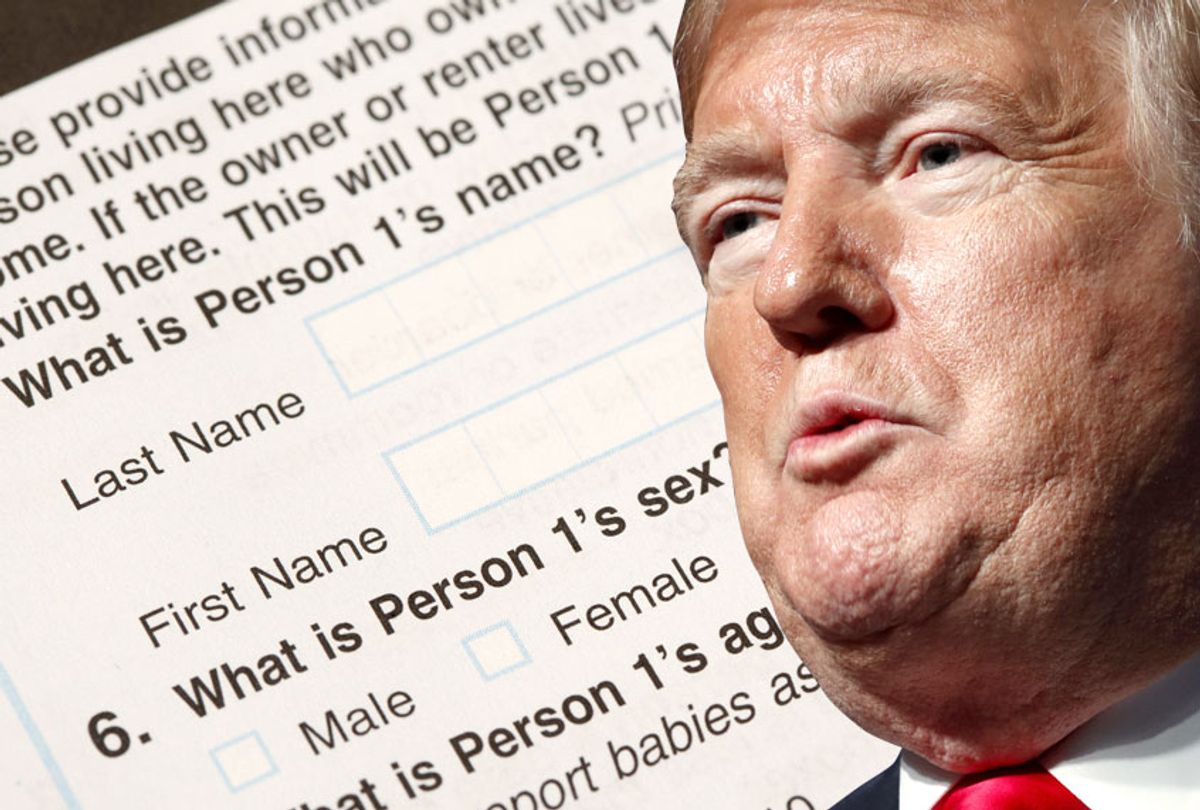 The Justice Department announced Sunday night that it is assigning a new team of lawyers to defend President Donald Trump's ongoing efforts to include a citizenship question to the U.S. Census in 2020.

A statement announcing the move did not provide an explanation for the decision.

"As will be reflected in filings tomorrow in the Census-related cases, the Department of Justice is shifting these matters to a new team of Civil Division lawyers going forward," Justice Department spokeswoman Kerri Kupec said in statement.

"Since these cases began, the lawyers representing the United States in these cases have given countless hours to defending the Commerce Department and have consistently demonstrated the highest professionalism, integrity, and skill inside and outside the courtroom,” she continued. “The Attorney General appreciates that service, thanks them for their work on these important matters, and is confident that the new team will carry on in the same exemplary fashion as the cases progress.”

The news comes after Trump said Friday that he is weighing an executive order to ensure the inclusion of the citizenship question to the Census. His comments came after the Supreme Court last week blocked the question from appearing on the Census — for the time being — in a 5-4 ruling.

Chief Justice John Roberts joined with his liberal peers in delivering the high court’s opinion. He said the government has the right to ask a citizenship question, but it needs to provide an appropriate explanation for adding such a question. The Supreme Court said the administration could offer another plausible rationale for adding the question.

Three federal judges ruled earlier this year against the question, arguing that Commerce Secretary Wilbur Ross official explanation for the move — that it was needed in order to enforce the Justice Department's voting rights enforcement efforts — appeared to be inaccurate.

Critics of including the citizenship question argue it was designed as part of a Republican ploy to scare immigrants from participating in the survey and to engineer a population undercount in Democratic-leaning communities with large immigrant populations.

Justice Department lawyers scrambled to meet a Friday afternoon court deadline to detail a path forward to add the question to the Census — a reversal that was prompted by a tweet from the president earlier this week urging officials to continue pursuing avenues to add the question despite the Supreme Court's ruling and public statements from the Justice and Commerce Departments indicating the question would not be included.

"The News Reports about the Department of Commerce dropping its quest to put the Citizenship Question on the Census is incorrect or, to state it differently, FAKE!" Trump tweeted Wednesday. "We are absolutely moving forward, as we must, because of the importance of the answer to this question."

Trump, who has argued that the citizenship question is needed to accurately count the population, has pledged to delay the decennial population survey manded by the U.S. Constitution to respond to the Supreme Court's ruling.

U.S. District Court Judge George Hazel of Maryland, who is overseeing a lawsuit over the citizenship question, set a 2 p.m. ET deadline last Friday for the administration to explain how it intended to add the question. Hazel is reviewing whether there is discriminatory intent behind the administration's efforts to add the citizenship question to the Census — a different legal question than the one addressed by the Supreme Court.

Trump said Friday that Roberts, who called the administration's legal rationale "contrived" in the majority opinion, had essentially invited the White House to return to the court to come up with a new legal pathway to include the question.

"I have a lot of respect for Justice Roberts, but he didn't like it. But he did say, 'Come back.’ Essentially he said, 'Come back,'" Trump said.