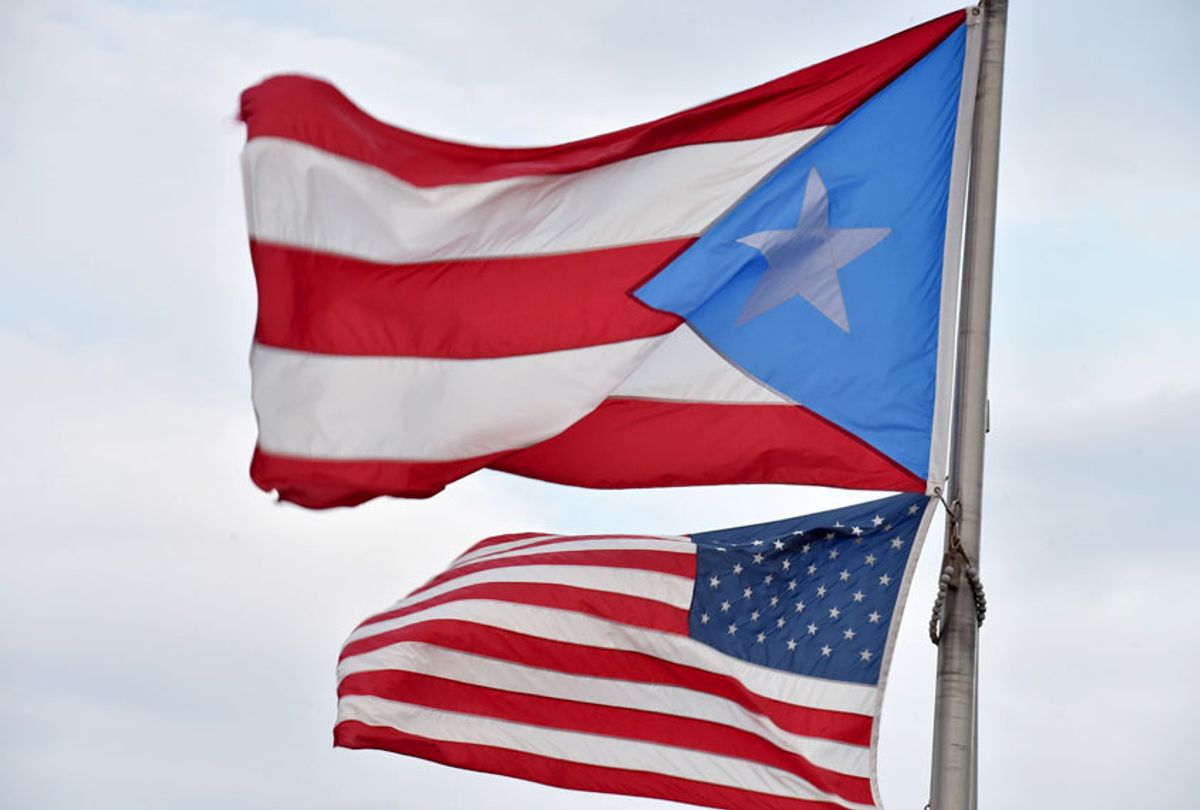 Human rights groups filed a federal lawsuit accusing Georgia of illegally discriminating against Puerto Ricans who apply for driver’s licenses by forcing applicants to take a bizarre quiz to prove they are from the island.

The lawsuit, filed Tuesday in U.S. District Court in Atlanta, alleges that the Georgia Department of Driver Services has violated the Civil Rights Act by engaging in "race-based stereotyping and implicit bias against Puerto Ricans." The suit claims that Georgia requires Puerto Ricans to undergo more stringent requirements than other citizens.

According to the lawsuit, Georgia's Department of Driver Services seizes identity documents from Puerto Rican applicants, does not process their applications in a timely manner, and forces them to take extra driver tests and answer “trick” questions about Puerto Rico to prove they are really from the island. (It is presumably meant to weed out Latin American immigrants falsely claiming to be Puerto Rican.)

As a result of the practice, the lawsuit continues, residents from Puerto Rico are prevented from traveling to work or school or to receive medical treatment or attend places of worship. The suit also notes that Puerto Ricans face a $500 fine and a year in prison if they drive without a license.

The suit was brought by LatinoJustice and the Southern Center for Human Rights on behalf of Kenneth Cabán, a Puerto Rican man who moved to Georgia, after the Department of Driver’s Services failed to return his identity documents for more than 600 days after he applied for a license, according to the suit.

Cabán was accused of providing false documents and arrested. He later obtained a new birth certificate and Social Security card and obtained a state ID, but still has not gotten his driver's license. The lawsuit says that the agency has not explained why it claimed his original documents were fake nor why he has not been issued a driver’s license.

“Imagine going to a new state and being treated less than a human,” Jorge Vasquez, an attorney with LatinoJustice, told NBC News. “Imagine being told: ‘We’re going to keep your paperwork …’ Now you are stuck in a new place with no way to start a life.”

The lawsuit goes on to allege that not only are Puerto Ricans’ documents seized for a “fraud review,” the agency also keeps documents if Puerto Rican applicants fail to answer trivia questions about the territory, like “identifying ‘what a meat filled with plantain fritter’ is called," where a specific beach is located, and the name of a species of frog native only to Puerto Rico.

Vasquez told NBC News that the agency’s employees use a “DDS Puerto Rican Interview Guide” that includes questions about the definition of colloquial terms like “pegao,” or crusty rice, and “trick” questions about the name of a beach in a landlocked town, or how long a nonexistent train ride between San Juan and Fajardo would take.

“The so-called quiz, applied to Puerto Rican drivers, bears a strikingly disturbing resemblance to the tests applied by segregationists to block voter registration of people of color,” Gerry Webber, an attorney with the Southern Center for Human Rights, said in a statement.

Vasquez said that numerous Puerto Ricans have faced experiences like Cabán for at least two years. According to the Census, at least 93,000 Puerto Ricans now live in Georgia.

Susan Sports, a spokeswoman for the Department of Driver Services, told NBC that the agency has not been served with the lawsuit.

“All issuances including those for applicants from Puerto Rico are handled in accordance with Georgia Statute and Federal Real ID requirements,” she said.

But CNN reports that another spokeswoman, Shevondah Leslie, confirmed that the quiz questions came from the document cited in the lawsuit, though she added that it "is not an authorized DDS document."

The guide, obtained by CNN, lists a number of trick questions as described in the lawsuit.

"While this guide can in no way positively determine if a person was born in or lived in Puerto Rico, it will help determine if the individual has a normal base of knowledge of their claimed birthplace," it says, according to the network.

"To ask someone what celebratory events happen, what beaches are in certain places, is essentially a literacy exam," Vasquez told the outlet. "Imagine asking U.S. citizens questions like that, asking them, 'Hey, I see you're in New York, but can you tell me what festival is happening in Texas? Can you tell me what's happening in Idaho on this day?' Those aren't things that the common person is going to be able to explain."