It's a White Claw summer — like it or not

Whether you're mocking White Claw Guys or loading up the cooler, the easy drinking days of hard seltzer are here 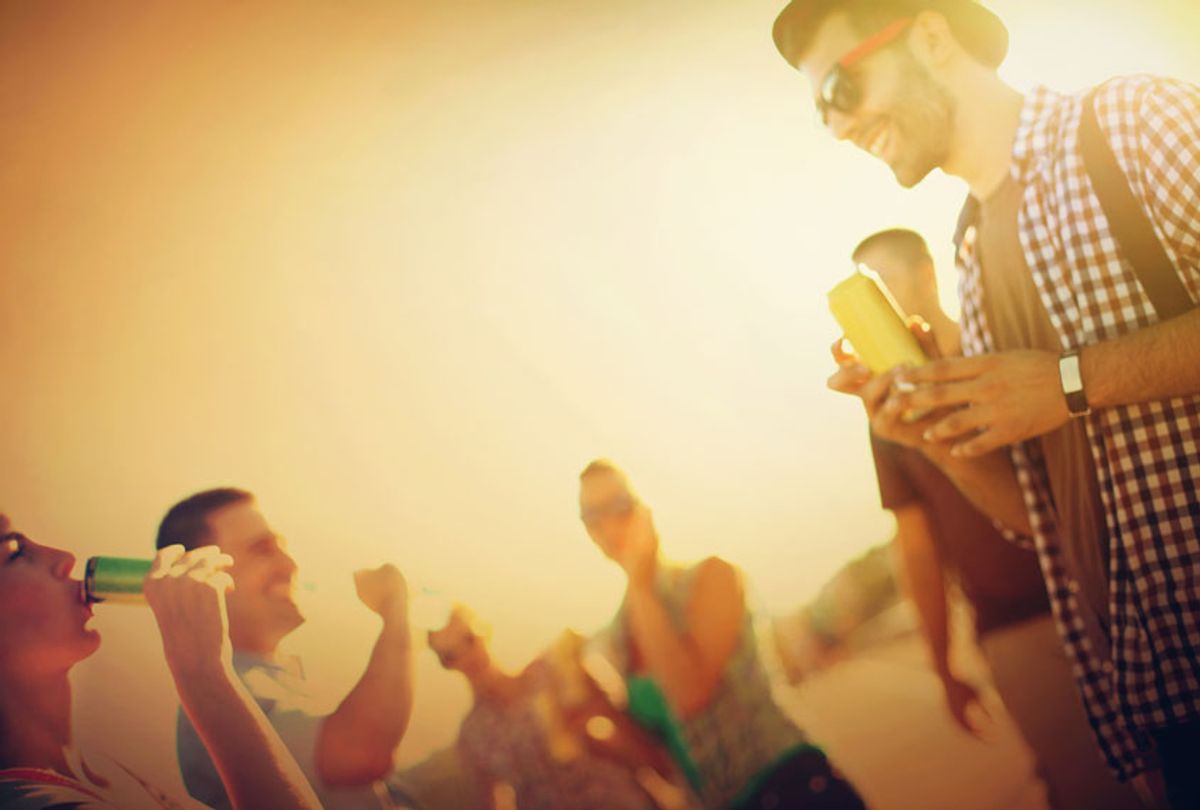 Four hours before the call to post for the 2019 Kentucky Derby, I saw someone purchase White Claw hard seltzer for the first time. Most Saturdays, I probably wouldn't have noticed what kind of alcohol the man with the cart in front of me in the check-out line was buying, but he had two things going for him: timing (while we were waiting in line at a suburban Louisville liquor store, 157,000 people were packing into Churchill Downs and would collectively drink 120,000 trackside mint juleps) and volume.

“Big plans this weekend?” the cashier asked the man, who looked to be in his 30s, as she scanned the 11 White Claw variety 12-packs in his cart, each box stacked with three cans each of the Natural Cucumber, Raspberry, Ruby Grapefruit and Black Cherry flavors.

"Lake," he replied, and rolled a single puny lime towards the register. “Got to get out of here.”

She nodded — a lot of Louisville natives leave town during Derby — and, after restacking the variety packs in his cart, the man made his way to the parking lot. The sliding glass doors closed behind him. It was the first Saturday in May, the summer of White Claw upon us.

Since that day, I’ve seen the hard seltzer brand everywhere, from Walmart endcaps and cocktail recipes to its deeply enthusiastic — and definitely not irony-proof — online fanbase.

An entire genre of White Claw memes exist now; there’s one in which Pennywise, the clown from “It,” lures passersby into the sewer with a promise: “We have White Claw down here.” Copious posts exist on Instagram featuring people posing with cans of White Claw with the caption: “Ain’t no laws when you’re drinking Claws.”

Stand-up comedian Trevor Wallace posted a video, “drinks white claw once,” a humorous analysis of the typical “White Claw Guy” — Hawaiian shirt, “Weekend Legend” hat, obnoxious catchphrases — which has gone viral. This week, I spoke to a woman who lives in Austin, Texas, who claims that when a bar runs out of White Claw, some locals say the bar has been “declawed.”

Ironic memes and videos aside, the level of consumption is no joke. White Claw is now to canned alcohol what the fanny pack (which accounted for 25 percent of accessory sales growth in 2018) is to bags.

According to a Nielsen scan of supermarkets and liquor stores, there has been a 210% increase in spending on hard seltzer in general compared to last year, and White Claw, which initially hit shelves in 2016, has had an incredibly profitable 2019.

Hard seltzers and other malted beverages are tracked by Nielsen within the beer category, and as summer has worn on, White Claw climbs a list stacked with big name brands — Corona Light, Guinness, Rolling Rock. At this point, only Blue Moon Belgian White purchases account for more spending within the category.

But what underpins the brand’s surging popularity? According to beverage industry experts, there are a few contributing factors.

The first is a tie-in to an existing trend: wellness.

“Seltzer tugs at the macro trend of living a ‘healthy’ or ‘better for you’ lifestyle, which is something many Americans are actively looking at,” Chris Furnari, the editor of the craft beer industry publication Brewbound, told Salon in an email.

“These offerings tend to be lower in calories and sugar, gluten-free and provide an alternative to beer for drinkers seeking variety," Furnari continued. "Additionally, many of the flavors — lime, raspberry, grapefruit, etcetera — remind consumers of the non-alcoholic versions that are likely already in the fridges at home.”

That’s an apt way to describe White Claw; with bubbles and a light touch of fruit-flavoring, it’s the alcoholic cousin of the insanely popular flavored sparkling water brand La Croix. Both brands have found fans in the ketogenic diet community (and White Claw is currently running a social media campaign advertising the drink specifically as “keto”).

The second element of White Claw’s popularity is a little more difficult to distill, but in essence, something about it feels like “summer” to drinkers. Every few years a new drink or two — and their inevitable variations — tap into this. Think rosé, frosé and (shudder) “brosé.”

And while the drinks of summer change, they all have a few things in common.

First, according to spirits writer Sam Slaughter, many contain a lower alcohol content.

“I feel we as a drinking culture are trending toward sessionable drinks, which hard seltzer for sure is,” said Slaughter. “Whether it’s cocktails like spritzes — again, bubbles! — Session IPAs, or the hard seltzers in questions, I feel more and more people are looking for something they can have multiples of in one go.”

White Claw contains 5% alcohol by volume, compared to a typical glass of merlot which contains at least 13.5% alcohol.

For a summer drink, portability is also a plus; according to another Nielsen study, the RTD (ready-to-drink) beverage segment is booming in past months.. Canned wine is surging, Nielsen said, and now generates more than $81 million in annual sales, compared to about $46 million a year ago.

And finally, according to spirits historian Christine Sismondo, most people are looking for a “drinker, not a thinker” during the summer months.

“I think this also fit into the general vibe of rejecting really pretentious aspects of drinking culture, which is especially popular in the summer months, when people really want to have something fun to order and drink,” Sismondo said.

There’s nothing particularly elitist about White Claw. The 12-can variety pack retails for just shy of $15, and the product is owned by Mark Anthony Brands, which also owns Mike's Hard Lemonade. Light flavor and carbonation also makes for easy drinking, and it's served simply, in an ice-cold can.

And yet, Sismondo said, “there are always people who put down the public's taste for easy-drinking things.” (Look to the recent New York Times piece trashing another popular summer drink, the aperol spritz.) For all its popularity, there are many people who don’t understand the appeal of the barely boozy beverage, or the members of its fanbase who post videos of themselves shotgunning it, #aintnolaws.

But this isn’t necessarily a bad thing for the brand.

“For example, you either love wearing boat shoes, ‘Nantucket red’ shorts and playing corn hole, or you love making fun of the ‘Chads’ who do those things,” wrote Funmari. (And to be fair, the #whiteclaw feed on Instagram is heavily populated with these "Chads.")

“In the case of White Claw [or] hard seltzer, you've got people who just can't stand the stuff and others who are willing to risk legal action for attempting to make and sell t-shirts that mimic the brand's trade dress," he said.

The worst thing a brand can do, Funmari said, is be irrelevant — and, at least for the rest of summer, that’s something that White Claw won’t be. But, like other summer drinks, once the leaves start changing, so do our tastes. No one orders a frosé come October.