The ad shows Biden defending his past positions on reproductive rights, the Iraq War and criminal justice 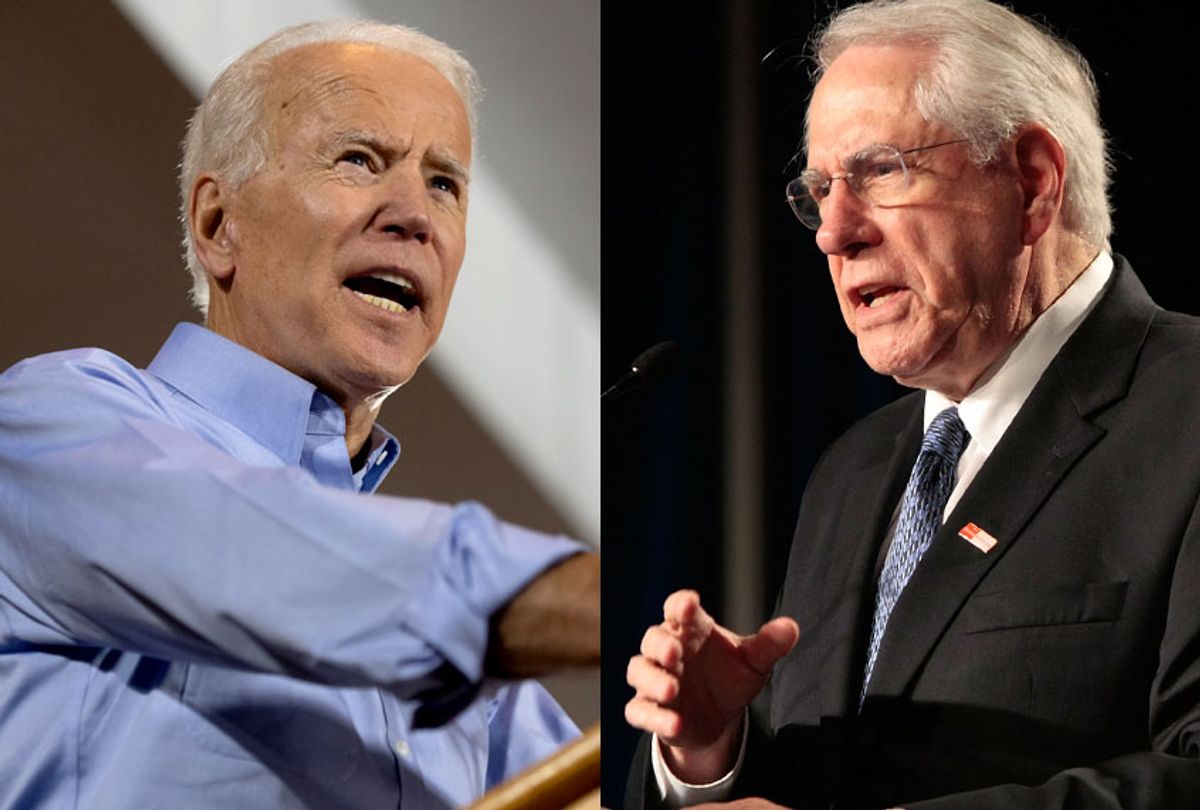 The first ad purchased by Gravel, which is set to begin airing Friday, shows various clips of the former vice president and senator defending his past positions on reproductive rights, the Iraq War and criminal justice.

"I served with Biden in the Senate. He's dead wrong on many issues that have serious human consequences. His ideology is just off the rail," said Gravel, an outspoken critic of Biden on a range of issues, including foreign policy and school integration.

"We bought this ad to show the hollowness of Joe Biden's candidacy and his absurd claim to be the 'most progressive' candidate in the field. Too often politicians get a free pass in the media when they 'evolve' on clear-cut moral issues out of sheer political convenience," campaign manager David Oks said in a statement. "Hopefully this ad exposes Biden's actual beliefs and deeds instead of his empty rhetoric and plays a small role in his inevitable collapse."

"Our goal has always been to draw attention to the flaws of centrists like Joe Biden, who masquerade as 'progressives' and peddle a made-up argument of 'electability,'" Oks added. "Senator Gravel called out Biden for his right-wing policies in the 2008 debates and is prepared to do so again in the July debate."

"If a few Iowans see this and discover that Biden is hardly a Democrat, or that his flip-flopping makes him an incredibly vulnerable potential nominee and we see his poll numbers go down in a few weeks, this will have been a success," he continued.

Gravel is just short of hitting the 65,000 donor threshold to qualify for the second-round of Democratic presidential debates later this month, his campaign, which has reported more than 58,000 unique donors, said.

The press release for Gravel's ad misspelled the former senator's last name as "Gavel," a mistake which the campaign pointed out in a tweet.

"lol that was a funny typo. live and learn," the campaign wrote on Twitter from Gravel's account, which is managed by Oks, who just graduated high school, and Henry Williams, a student at Columbia University.

You can watch the full ad below: