Natural deodorants go mainstream — but is it because of unsubstantiated science?

A growing fear of chemicals is driving consumers to natural deodorant 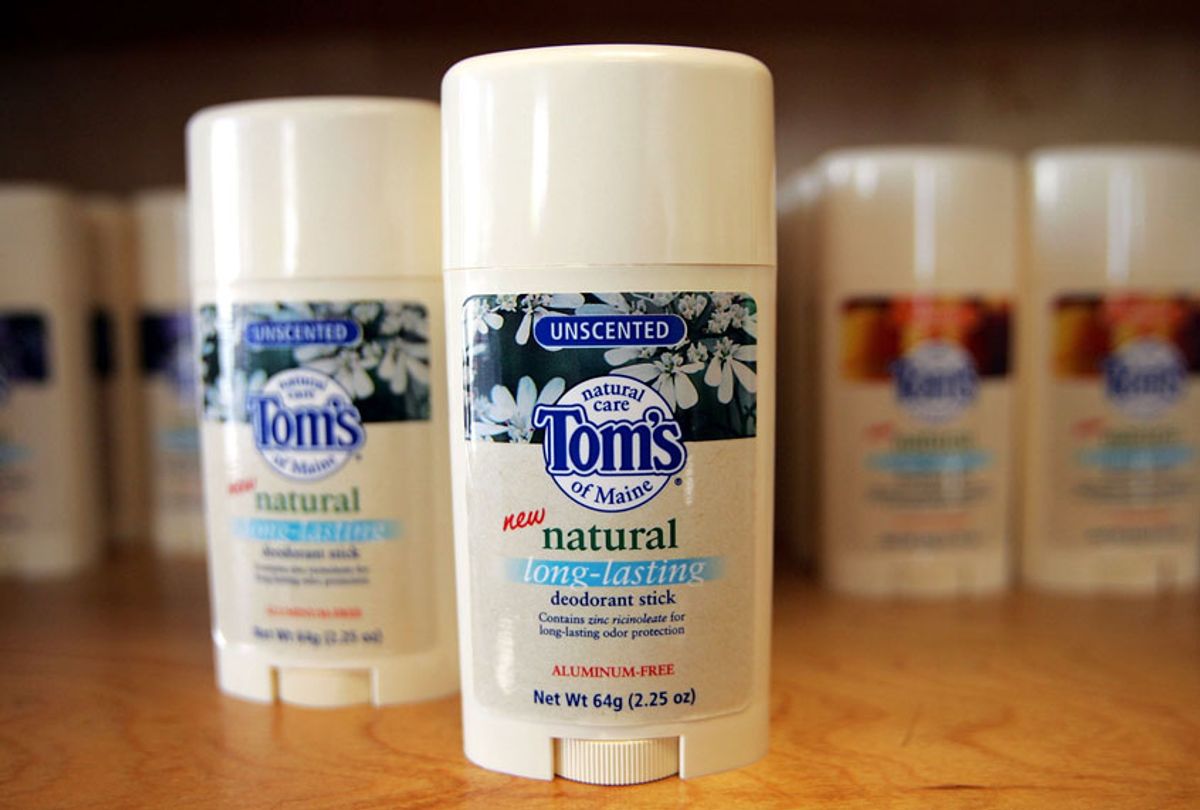 I moved from the Bay Area from the Midwest in 2013, and it has become increasingly difficult to distinguish between what I would have side-eyed at pre-West Coast days and how much of the California culture has rubbed off on me. One thing I do know is that when arrived from the Midwest I was absolutely not interested in natural deodorants. Recently, browsing creative classes at a workshop space in my new Oakland neighborhood, I was equally intrigued and skeptical when I noticed one offering.  “Making Natural Deodorants and Lip Balms” as an option. “Smell amazing while keeping toxic chemicals out of your armpits and plastic out of the ocean,” the description read.

It is estimated that 1.15 to 2.41 million tonnes of plastic are entering the ocean each year, so I was receptive, but everybody knows natural deodorant don’t actually work, right? Ask your friends next time you’re together, it is guaranteed to be an intensely prosecuted and polarizing topic, especially in the summertime.

The use of natural deodorant, essentially aluminum-free deodorant, has slowly been on the rise over the last several years. A practice once widely derided and the butt of hippie jokes has become so mainstream that even Justin Bieber is putting his name on a natural deodorant.

CRYSTAL has been around since 1984, “way before natural deodorants were considered legit or even cool,” Catie Wiggy, Vice President of Marketing & Product Innovation at CRYSTAL, told Salon that the rise in interest is due to the wellness movement.

“Today's consumers are savvy and want to make healthier choices, and are demanding cleaner, safer products,” Wiggy said. “As they clean up their skincare routines from parabens and other well-known toxins, they are also taking an in-depth look at what other items they use daily, like their deodorants.”

In some corners of the world, like on natural living sites, people assert that aluminum-based deodorants (which mask your body’s natural odors or  cloak them with perfumes) and antiperspirants (which “plug” the sweat ducts) cause breast cancer. The National Cancer Institute says this is nonsense. No studies have produced evidence linking the use of aluminum-containing antiperspirants with an increased risk of breast cancer says NCI. Several medical experts have gone further and denounced the connection between aluminum and cancer as a myth.

“The long-standing myth around aluminum in antiperspirants operates under the belief that the aluminum present enters the body through your sweat glands,” Robert Korn, medical director of Northwell-GoHealth Urgent Care, told Teen Vogue in 2017. “This is false, as skin acts as a barrier to your internal systems and bloodstreams, keeping the substance from getting through ...Additionally, there is no conclusive evidence to suggest a link between breast cancer and aluminum in antiperspirants.”

However, according to one study, aluminum in your armpits can harm your health in a different way. A 2016 study showed that traditional deodorants with chemicals such as aluminum can alter your skin’s ecosystem and potentially weaken your immune system. In the study, participants who did not use deodorant had Corynebacterium in their armpits, which is a bacteria that produces body odor, but can also help fight infections. Understanding that the armpit’s ecosystem changes is key to transitioning from aluminum-based deodorants to natural ones, that are often made of tea tree oil, lemongrass and sage, among other natural ingredients. Meaning, it takes some time for the natural deodorant to work.

Allison field, a 26-year-old marketing manager and yoga teacher in New York City, told Salon she switched from Secret Outlast to Crystal because she became “more conscious of the products I consume and put on my body.”

“I didn’t like the idea that I had a daily habit that could be harming my body over time,” Field said in an email. “I feel my healthiest when I allow my body to be in its most natural and trust it’s intelligence and natural process.”

She added: “However, I am very physically active, so this was a big step for me and I had my doubts going in.”

Since she has transitioned, she said it has been a positive change for her. “Sometimes I do reapply on really hot days or when I know I’ll be heading to a workout,” she said.

Lynn Montoya, a 50-year-old fitness trainer in California, said she switched from mainstream deodorants to natural ones because of her concern about the chemicals, too.

“The older I get, the more concerned I’ve become with chemicals,” she said in an email. “I kept coming across articles saying that the ingredients in deodorants and antiperspirants were toxic and that the aluminum could cause breast cancer.”

She said after trying different several, some that caused rashes, she came to realize her “pits need chemicals.”

To each their own. As for me, all of this research has got me on the natural deodorant train. Maybe it is the California rubbing off on me.