Radical Republicans want to finish off an endangered fish 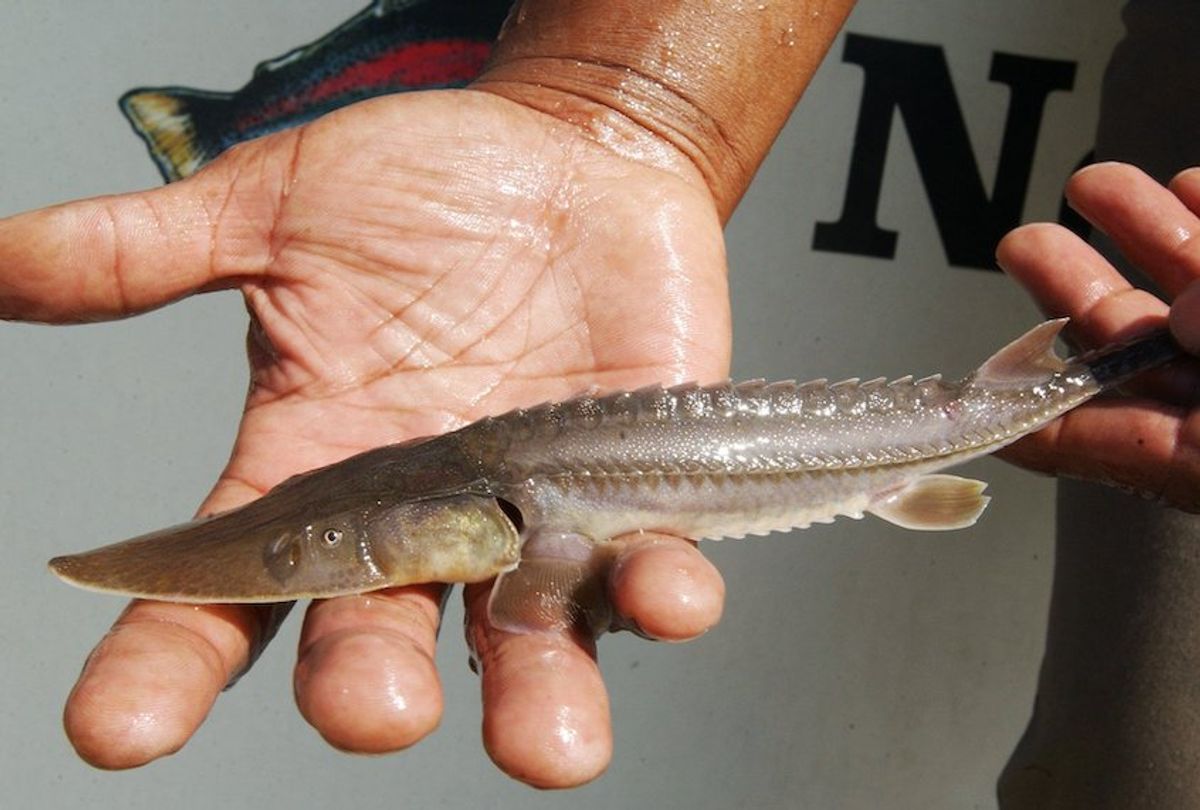 The pallid sturgeon, a bottom-dwelling fish found in the Missouri and Mississippi rivers, has survived since the days of the dinosaurs, but it might not survive Missouri’s Republican politicians.

Rep. Sam Graves (R-Mo.) sponsored an amendment that made it into legislation Trump signed in October, America’s Water Infrastructure Act of 2018, S.3021, to block efforts to help young pallid sturgeon that suffocate and die in the dead zones of the industrialized Missouri River.

“For the sake of landowners, businesses and taxpayers, I believe we must halt these activities until the Corps can prove more harm will not be done to Missourians,” Graves said.

The new law blocks plans by the U.S. Army Corps of Engineers to build a dozen areas in the river below Kansas City, Mo., for just-hatched pallid sturgeon to feed and grow in slower, shallower water. Six major dams built on the 2,341-mile river between 1933 and 1964 created dead zones with very little oxygen where the young pallid sturgeon suffocate and die. The fish, which can grow to 80 pounds and live 60 years or more, were listed as endangered in 1990.

Two shallow areas to help newly-hatched pallid sturgeon survive were built at Searcy Bend, near Huntsdale, Mo., and Baltimore Bend, near Waverly, Mo. The law Trump signed blocks building more areas until a report is done about the impact on flood control and navigation.

The American Waterways Operators, the national trade organization for the barge industry, opposes building these areas, saying they could hinder navigation. The organization gave $273,000 to federal candidates in the 2018 election cycle, including $7,500 to Graves.

Despite politicians’ support, the Missouri River plays a very small role in agricultural markets. In 2017, the 5 million short tons of cargo transported, most of it sand and gravel, was 1.6% of what was transported on the Mississippi River.

Historically, flooding was common on the Missouri River with floods up to 17 miles wide. When Lewis and Clark explored the river, it had multiple channels, islands, shallow sloughs and oxbow lakes. The Corps transformed the river into a nine-foot-deep by 300-foot-wide navigation channel from Sioux City, Iowa to the mouth of the river near St. Louis.

Flooding in 2007, 2008, 2010, 2011, 2013 and 2014 has been among the worst flooding years in the river’s history. In March 2018, a federal judge ruled that the Corps was responsible for flooding in some of those years because of changes to try to protect endangered species. The damage estimates for this year along the Missouri and Platte rivers already top $1 billion, and that’s just for repairing levees.

John Echeverria, a professor at Vermont Law School, said it is unclear whether flooding of private land along the Missouri in recent years has been any greater than it would have been if the federal government hadn’t spent millions to build the flood control system on the Missouri River.

Missouri politicians now are proposing the Missouri River Flood Control Prioritization Act, S.1571, which could bar the Corps from trying to prevent extinction of the pallid sturgeon. Sen. Josh Hawley (R-Mo.) sponsors the bill. Co-sponsors include Sen. Roy Blunt(R-Mo.) and Sen. Charles Grassley (R-Iowa.) Graves is the sponsor of the House version of the bill.

“The U.S. Army Corps of Engineers needs to get its priorities straight, and that means putting flood control and navigation first,” Blunt said.