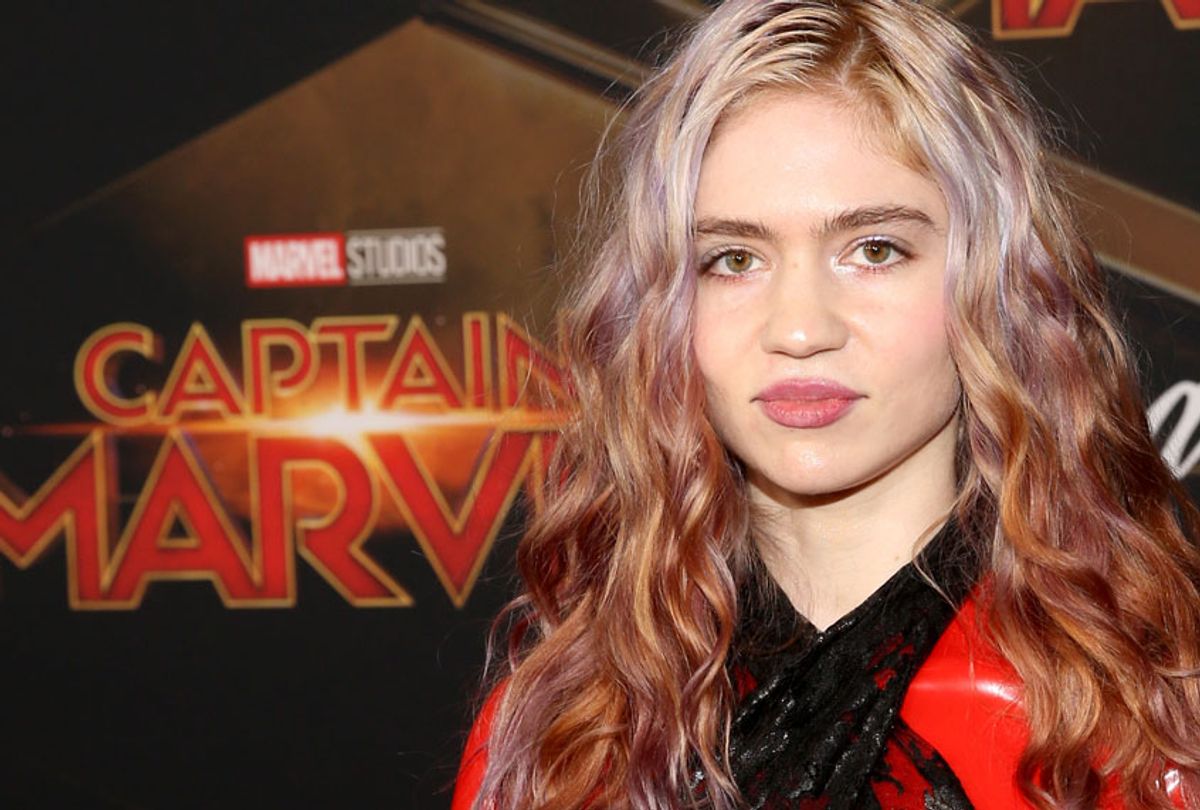 To commoners, the lengths that celebrities will go for “wellness” cures may seem unfathomable. This week, singer-songwriter Grimes, stage name of Claire Elise Boucher, showed the world that $10 acai bowls and juice cleanses are nothing compared to her own wellness routine.

In an Instagram post on Tuesday, which was meant to promote her collaboration with Nike and Stella McCartney, Grimes shared her “training regimen,” which included spending 2 to 4 hours in her deprivation tank to “astro-glide,” a couple of hours of sword fighting, a screaming session, an inclined hike, a humidifier while sleeping, a bunch of supplements, honey tea — and an eye surgery that she designed with her friend to cure seasonal depression.

“I have also eliminated all blue light from my vision through an experimental surgery that removes the top film of my eyeball and replaces it with an orange ultra-flex polymer that my friend and I made in the lab this past winter as a means to cure seasonal depression,” Grimes wrote on Instagram.

Such an extreme measure — surgery to clear seasonal depression? Why not move to California? — sounds like it could be an attention-grabbing fib; BuzzFeed speculates the post is a parody of millennial self-care routines. But can we be so sure she was trolling us — or has Grimes gone full tech-bro after dating billionaire entrepreneur Elon Musk? To anyone who has spent time among the techno-utopianist entrepreneurs of Silicon Valley — some of whom are trying to hack human mortality — such an excessive routine might not be that out of this world. Likewise, celebrities are known for indulging elaborate wellness routines (remember Gwyneth Paltrow’s bee sting therapy?).

But removing a part of your eye to cure seasonal depression — sounds like fiction, right?

Seasonal Affective Disorder is a mood disorder characterized by depression; usually it is related to changes in seasons. It begins and ends at about the same time every year. According to the American Psychiatry Association, it can be treated in a number of ways, including light therapy, antidepressant medications, talk therapy, or a combination of all three. Light therapy, also called phototherapy, is when you sit a few feet from a special light box which exposes you to a bright light within the first hour of being awake. It is meant to mimic natural outdoor light, and can cause a change in brain chemicals linked to mood. There is no recommended treatment that includes removing a film from your eye to cure seasonal depression — but as Grimes said, her surgery was “experimental.”

But is it medically possible?

Salon contacted several eye doctors to figure out if this type of surgery is legitimate, physically or medically or both. No eye doctor that we spoke with had ever heard of the surgery, and many couldn’t comment because they needed more information to understand if it was medically possible. Others said it wasn’t medically possible, or did not make physical sense.

“There is no legitimate eye surgery available to eliminate blue light, nor a reason to eliminate all blue light,” Rahul Khurana, MD, the clinical spokesperson for the American Academy of Ophthalmology, told Salon. “The sun is the largest source of blue light in our environment.”

One cornea researcher at a major university research center, who spoke on the condition of anonymity, explained to Salon it is “highly unlikely to be remotely true.”

Even if it was an experimental surgery, the cornea researcher said it is an “experiment” that would take a long time to accomplish.

“Let’s say that these individuals want to avoid the bother of putting a contact lens on and off and propose to replace the contact with a surface implanted device,” he said. “There’s decades worth of work trying to come up with a superficially placed contact lens replacement. They’ve all failed, because a material placed in the superficial cornea ultimately starves the underlying cells of nutrients and oxygen leading to corneal haze or scarring and vision loss.”

“It’s hard for me to believe that as described, an ‘experimental surgical procedure’ with a material ‘we developed in the lab’ that this is anything more than a low cost social media hoax,” he added.