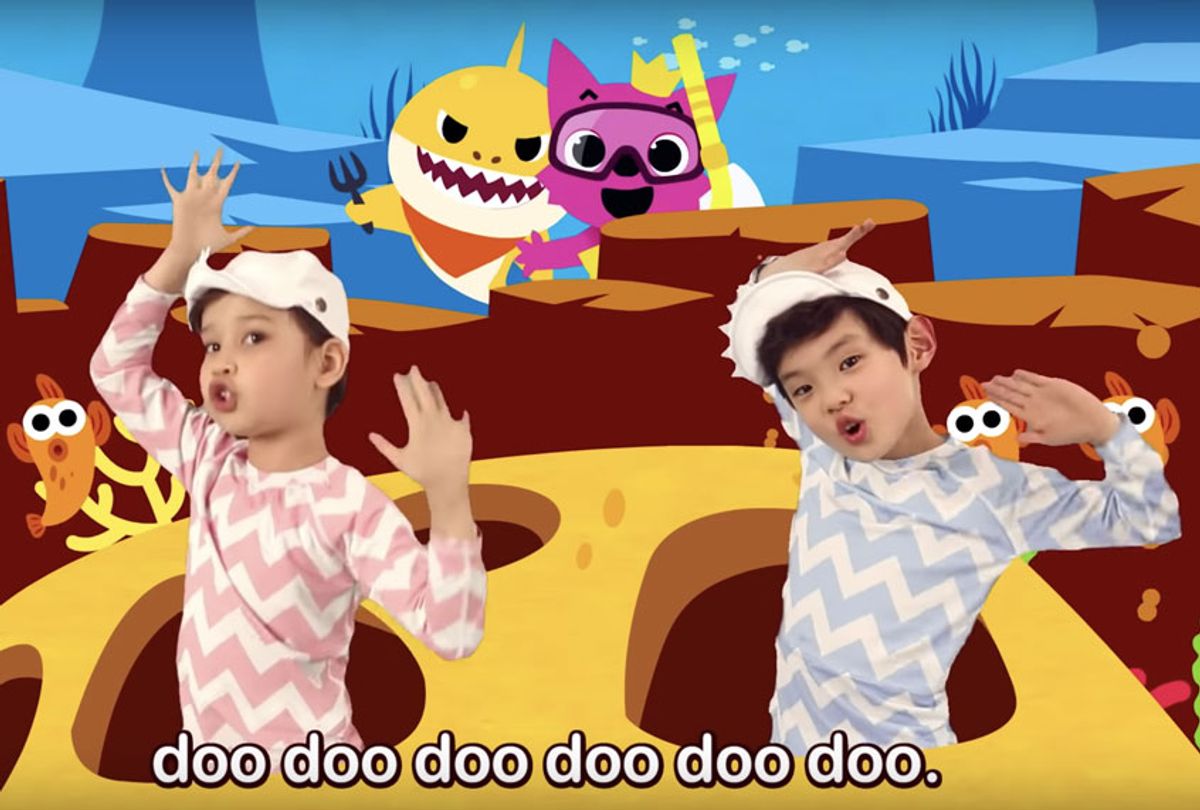 But city officials in West Palm Beach, FL, have implemented an audio component as a deterrent by playing a continuous loop of two children’s songs — “Baby Shark” and “Raining Tacos” — to prevent homeless people from sleeping on the patio of a city-owned rental banquet facility.

As the Palm Beach Post reported, the city expects to earn about $240,000 from events held at the Lake Pavilion. West Palm Beach Parks and Recreation director Leah Rockwell says people “shouldn’t have to trip over bodies” when early-morning staffers are setting up for events, or a wedding party leaves the venue at midnight.

“People are paying a lot of money to use the facility,” Rockwell told the Post. “Thousands of dollars. We want to make sure people paying this money had a facility that was clean and open and continue to use it in the future.”

If you have somehow been spared in the great "Baby Shark" takeover, count yourself lucky. I first heard the song at summer camp more than a decade ago, when counselors wrangled a group of unruly middle schoolers, including myself, and led us through the tune: "Baby shark, doo doo doo doo doo doo." That version ended with a swimmer losing an arm.

But in 2016, a simple sing-song version was recorded by a South Korean children's entertainment group called PinkFong, and the "Baby Shark" world domination began in earnest. The song crept up the US and UK charts — loved by children and hated by parents.

Headlines attest to the song's pernicious ear-wormish success: "Scared of Baby Shark? A short guide to the year's most annoying song," "What is the least annoying version of 'Baby Shark?'" and "Every Parent's Most Hated Song Is Stirring Up Controversy in Korea."

Jimmy Kimmel spoke up for adults everywhere when he said, "I don't think I'm overreacting when I say: whoever is responsible for it should be locked in prison for the rest of their lives, and then when they die, their body should be fed to the very sharks they sang about."

Using music to torture, subdue or otherwise control subjects has been famously implemented by the United States government. In December 1989, Panamanian General Manuel Noriega hid away in the Vatican's embassy in Panama City after President George H.W. Bush ordered a military invasion of the country.

Noriega was facing a U.S. indictment for drug trafficking, as well as claims he had rigged the 1989 election.

U.S. troops surrounded the embassy in a fleet of Humvees and blasted songs like The Clash’s “I Fought The Law,” “All I Want Is You” by U2 and Bruce Cockburn’s “If I Had A Rocket Launcher.” After 10 days, Noriega surrendered on January 3, 1990.

In 1993, during the siege of the Branch Davidian compound in Waco, Texas, FBI agents played Tibetan chants, Christmas carols and Nancy Sinatra’s “These Boots Are Made for Walkin.’”

And more recently, the 2014 Senate Intelligence Committee torture report revealed CIA use of "sound disorientation techniques" on detainees, using songs like the Blues Brothers recording of "Rawhide" as part of interrogation practices.

WHYY’s Michaela Winberg reported that in Philadelphia, 30 parks and recreation centers are outfitted with a small speaker called the Mosquito. It blares a constant, high-pitched ringing noise all night long — but one that only teenagers and young adults can hear.

According to Winberg, Philadelphia City Council member Helen Gym refers to the devices as "sonic weapons" — and she's working to get them removed.

"In a city that is trying to address gun violence and safe spaces for young people," Gym said, "how dare we come up with ideas that are funded by taxpayer dollars to turn young people away from the very places that were created for them?"

And as the Palm Beach Post reported, this isn’t the first time officials in Palm Beach have used audio as a way to drive out unwanted visitors; three years ago, Lake Worth Beach tried using a 24-hour loop of classical music to prevent loitering in a downtown plaza.

He continued: “Fifteen years ago, to drive violent drug dealers from Tamarind Avenue, the West Palm Beach Police Department played classical music through rooftop speakers housed in protective metal casings. That ended when somebody smashed the electrical cabinet that powered the speakers.”

According to Rockwell, city officials in West Palm Beach wants to formalize hours for the banquet facility, which should make trespassing laws easier to enforce. But as the “Baby Shark” tactic has attracted national attention, advocates for the homeless say the city of West Palm Beach needs to look at root causes and legitimate solutions, beyond prosecution and playing children’s songs.

Diana Stanley, the chief executive of the Lord’s Place, a group that works with West Palm Beach to serve the city’s homeless, spoke with the New York Times.

“For us to now be talking about a children’s song being looped, I step back and I go, ‘Oh my,’” Stanley said. “Because I really do think the bigger conversation is: Why is that person sleeping there?”