“Chaos is not good . . . If you get a reasonable deal, take it,” Sen. Lindsey Graham told reporters 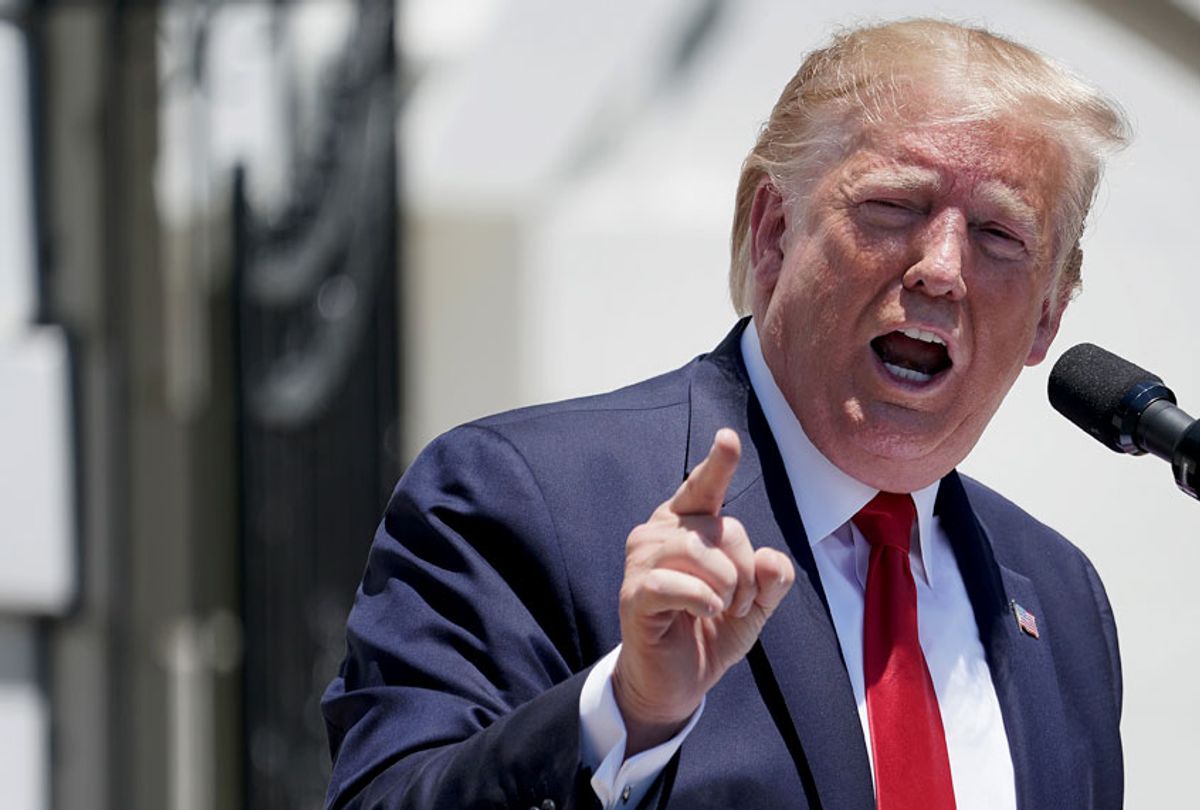 President Donald Trump takes questions from reporters during his 'Made In America' product showcase at the White House July 15, 2019 in Washington, DC. (Getty/Chip Somodevilla)
--

On Thursday, Politico reported that Senate Republicans are desperate for President Donald Trump to approve the compromise budget agreement that also brokers an increase to the debt ceiling.

Sen. Lindsey Graham (R-SC), who has reportedly warned Trump that “chaos is not good . . . If you get a reasonable deal, take it,” told reporters, “It’s in everybody’s interest after this recent debacle to show you can actually govern the country. I think he got that . . . What we want is no chaos between now and October.”

The “debacle” to which Graham is alluding is the 35-day government shutdown at the beginning of the year, triggered when the president unexpectedly rejected a funding resolution and tried to bully Congress into throwing in extra funding for his border wall. Trump and Senate Republicans emerged from that episode badly bruised amid public fury.

Another unnamed Senate Republican told Politico, “There’s some pretty good optimism right now. But it could all blow up … If we get a deal, I’m going to call him immediately and tell him: ‘Mr. President, this is brilliant.'”

For his part, Trump appears to be inclined toward approving the deal brokered between House and Senate Democratic leadership and Treasury Secretary Steve Mnuchin, but nothing is certain. He has also expressed displeasure that the deal requires domestic spending increases to reach parity with defense spending. It is also possible that Chief of Staff Mick Mulvaney, who has frequently proposed savage government cuts, will try to talk Trump into rejecting it.

The consequences of failing to reach a deal would be far more disastrous this time around than the January shutdown, as with the debt ceiling close to maxed out, it would trigger a default by the federal government and a destabilization of credit around the world.