California’s fires are getting worse

Despite Trump's claims that climate change plays no part in California's wildfire outbreak, reality is different 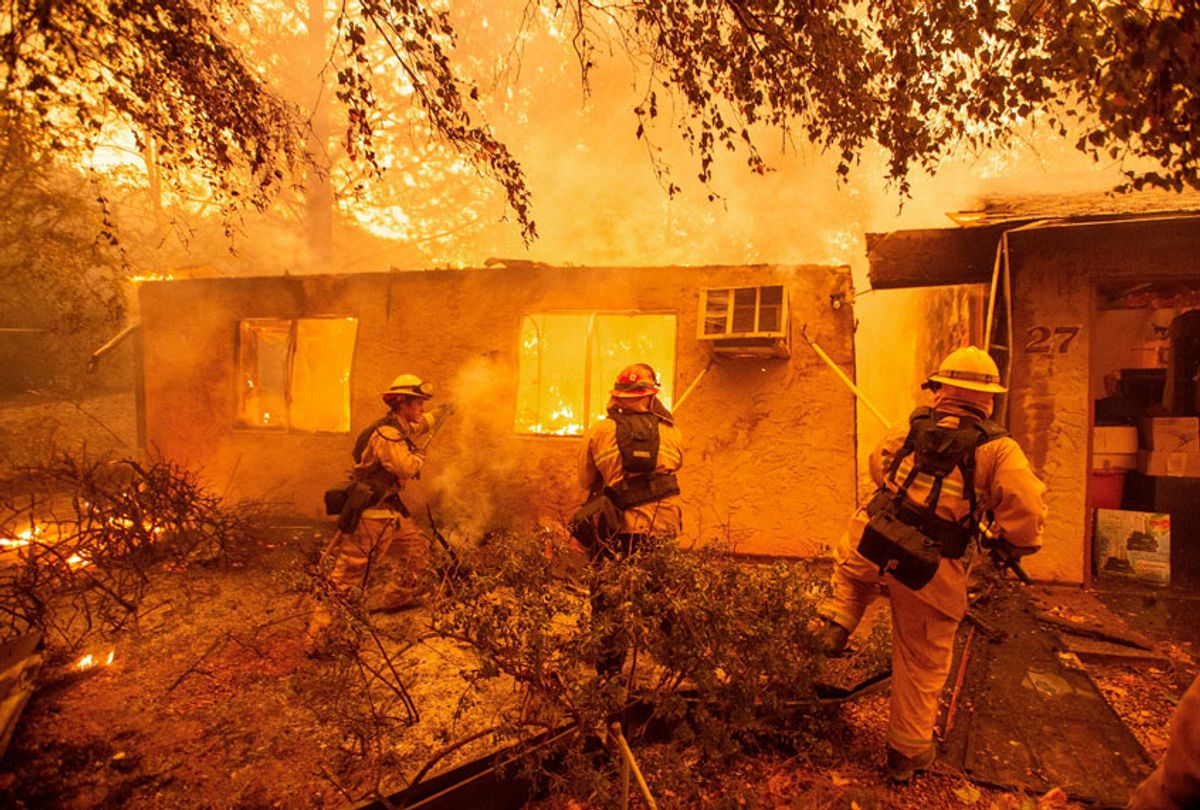 President Donald Trump recently doubled down on his idea that climate change played no part in California’s outbreak of wildfires in recent years. If people simply “cleaned” the forest, Trump said in a speech last week, then “you don’t have to have any forest fires.”

Now there’s even more evidence to show that’s bullshit. A paper just published in the scientific journal Earth’s Future, concludes that California has gotten 2.5 degrees Fahrenheit hotter since 1970, and that’s the primary driver of the 5-fold increase in torched forests over that period.

There’s been a lot of science suggesting that climate change could make wildfires worse in the future, but much less that looks at the past. This study was an attempt to see how closely changes in the weather lined up with the stunning rise in fires, especially during the summer. The scientists dug through historical data to figure out what the weather was like around the time when each of 40,000 fires ignited in California over the last 50 years. They found that when the weather got hotter and drier than usual during the summer, forests were a lot more likely to catch on fire.

But that doesn’t mean climate change is the only driver. There’s a grain of truth in Trump’s idea that California needs to “clean” the forest: People have suppressed fires for more than a century, which means a lot of very flammable kindling has piled up on forest floors. There are also a lot more people bumbling around these days, dropping cigarette butts, setting off fireworks, and forgetting to douse their bonfires. “California is a particularly difficult place to disentangle the drivers of changing wildfire activity,” they write.

But dry wood has been building up and more people have been venturing into the forests at a steadily increasing rate over the last century. In contrast, fires have soared exponentially in tandem with desiccating summers. “Each degree of warming has a bigger effect on forest fire than did the previous degree of warming,” said the lead author, Park Williams, a scientist at Columbia University’s Lamont-Doherty Earth Observatory, in a tweet.

If fires keep multiplying, former California Governor Jerry Brown will look like a prophet. Back in 2017, Brown warned that climate change has put the world “on the road to hell.”