As temperatures climb, a new push to keep workers safe

With rising temperatures all throughout the United States, preventive measures are needed to protect workers. 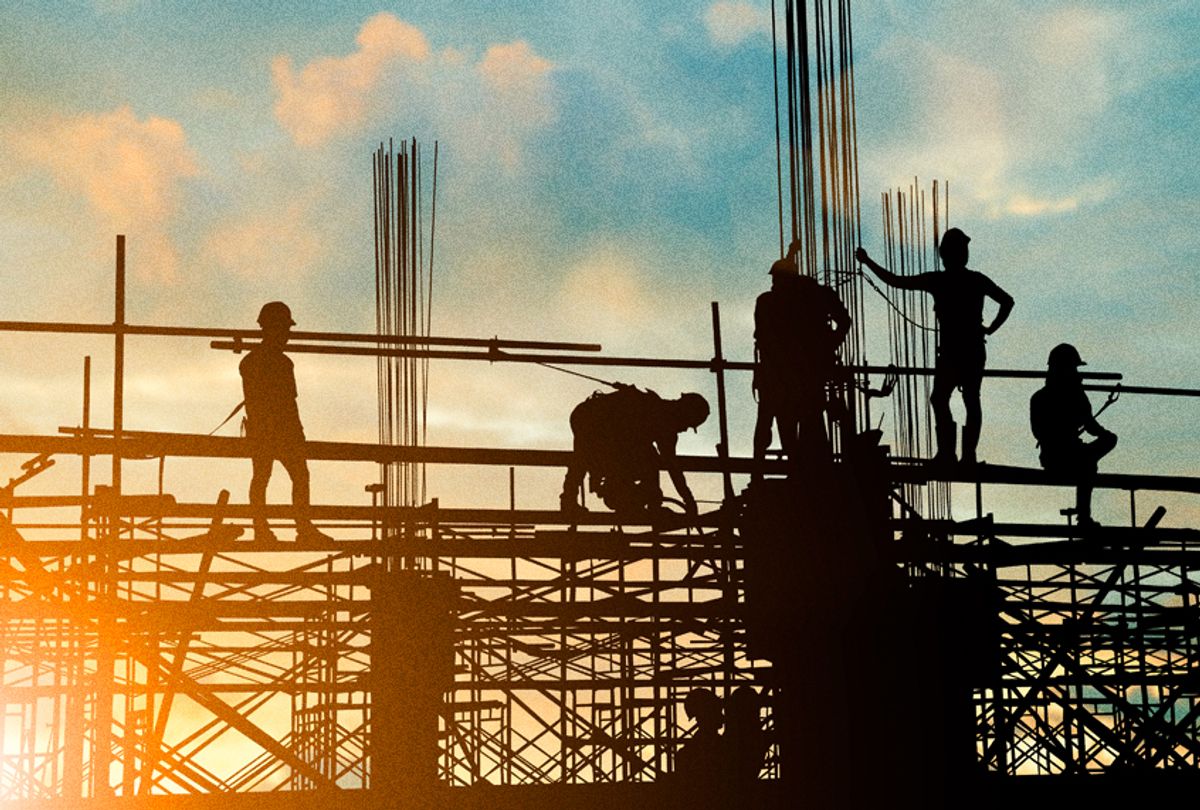 Last month, on a day that was sweltering even by Phoenix standards, Filiberto Lares knew he wasn’t well. An airline caterer, he said he had spent hours moving between the scalding tarmac and a truck with no air conditioning. Lares, 51, was dehydrated and fell ill with a fever that would keep him out of work for four unpaid days. It wasn’t the first time this had happened.

“Honestly, I never imagined I would live a situation like this in the United States, especially not in an industry as valued as the airlines,” he said in Spanish.

It’s a scene that plays out on airport tarmacs, in farm fields and on construction sites across the country: workers falling ill after laboring in hot or humid conditions for long hours without enough water and rest. Over the past decade, more than 350 workers nationwide have died from heat-related illness, according to data compiled by the U.S. Bureau of Labor Statistics. Tens of thousands have had heat-related illnesses serious enough that they missed at least one day of work.

For years, labor leaders have called on the federal government to create national regulations laying out steps employers must take to keep workers safe when it’s hot. On Wednesday, U.S. Reps. Judy Chu (D-Calif.) and Raúl Grijalva (D-Ariz.) introduced legislation that for the first time would require the Occupational Safety and Health Administration to create heat-related workplace standards.

Currently, just three states have heat-related labor standards: California and Washington, which protect outdoor workers; and Minnesota, which protects indoor workers. California’s regulations — developed more than a decade ago in response to a spate of farmworker deaths — are broadly considered the gold standard, and experts said the state’s experience is instructive in terms of what it would take for a national law to prevent thousands of injuries that occur each year.

“[Heat] is not an inconvenience or a nuisance,” said Marc Schenker, a professor at the University of California-Davis who researches the health effects of farm work. “It’s very real, with consequences that can range from minor to fatal.”

On the federal level, heat-related stress is regulated only by the general standard that employers must create safe working conditions. In the absence of specific regulations, that standard is difficult to enforce. In Lares’ case, he said his employer has a policy on the books that calls for a 10-minute break every two hours when temperatures rise above 95 degrees, and that trucks without air conditioning should not count as shade. But raising questions about enforcement with managers earned him only citations, he said, and his union had to step in to keep him from being fired.

The National Institute for Occupational Safety and Health, part of the Centers for Disease Control and Prevention, has recommendations for addressing workplace heat stress — but no mechanism for enforcement. The principles are fairly simple: Provide sufficient shade and rest when it’s hot (what’s considered hot depends on how hard the work is), as well as enough water to drink.

Because the majority of heat-related illnesses occur during the first few days on the job, employers should let workers acclimate and train them to spot signs of heat stress, according to the recommendations. That might have prevented the death of Miguel Angel Guzman Chavez, who died of heat stroke while picking tomatoes in Georgia last year just days after arriving in the United States.

California developed its heat standards in 2005, after 10 laborers, including four farmworkers, died from excessive heat exposure in a matter of months. The legislation requires water, rest and shade for outdoor workers, as well as education. At first, the state did little to enforce the law, said Leydy Rangel, a spokeswoman for the United Farm Workers Foundation. It wasn’t until several more farmworkers died, including a pregnant teen, and multiple lawsuits were filed that state regulators stepped up oversight, she said.

In 2015, the UFW received more than 50 complaints about heat-related violations and another farmworker, a father of three, died picking citrus. Complaints have steadily decreased since, though compliance remains an issue, Rangel said. Still, over the past two years, there have been no heat-related deaths among agricultural workers, according to state data.

Farmworker Vicente Reyes said he has seen just how much the statewide regulations have improved working conditions. He has worked the fields around Bakersfield since he was 11 and remembers that people used to hide if they were feeling sick or dizzy, afraid they would be sent away without pay. Now 19, and working and going to college full time, he said workers are told every morning they should rest if they need it and reminded throughout the day. They also are given shade and water.

There’s still room for improvement, he said, like having better access to cleaner bathrooms, but the difference is dramatic. “You used to see people dying,” he said. “Now, they are being more cautious.”

Despite improvements in California, home to the nation’s largest agricultural workforce, heat remains the leading threat to farmworker health. Across the country, other industries are hit hard as well, including construction, landscaping and postal delivery. For the population at large, heat is theleading weather risk, causing more deaths than hurricanes, tornadoes or flooding. The threat is expected to grow as the planet warms and heat waves become more intense and less predictable.

Florida, a top seller of ferns, citrus and tomatoes, offers a prime example of the dangers. Last year, temperatures soared above the thresholds considered safe for very heavy labor by NIOSH on more than 70% of days from May through September, in every Florida county, according to a report by Public Citizen, a nonprofit consumer advocacy group.

In 2015, Emory University researchers did a study involving Florida farmworkers, who were asked to ingest small devices, the size of a vitamin, that could track core body temperature. They found that 4 in 5 workersexperienced body temperatures that exceeded the recommended limit of 100.4 degrees Fahrenheit on at least one of the three days they were monitored. And nearly 85% of the workers reported symptoms of heat-related illness, including dizziness, confusion, fainting, nausea and headaches.

“People focus on the deaths because they are so tragic and dramatic,” said Jeannie Economos, environmental health coordinator for the Farmworker Association of Florida and a collaborator on both the Public Citizen and Emory University studies. “But you don’t have to just wait for somebody to die to be concerned about heat. The heat is so debilitating in so many other ways.”

In the absence of federal standards, some employers have been implementing changes on their own with dramatic results.

A decade ago, the city of Waco, Texas, wanted to do something about the costly illnesses outdoor employees were experiencing due to heat. The central Texas city regularly experiences temperatures above 100 degrees. Workers paving roads or grooming city parks were falling ill, said Dr. Ronda McCarthy, city medical director at the time.

From 2011 to 2017, McCarthy’s team trained employees on prevention and screened workers for diseases such as diabetes or hypertension that might put them at increased risk for heat-related illness. Some people found to be susceptible had their duties adjusted until they got other health issues under control.

But the biggest changes came from working with managers to provide more breaks and ensure adequate water supplies, and to start the riskiest jobs earlier in the day when it was cooler, or swap out the hardest tasks more frequently.

By 2016, heat-related illnesses had essentially been cut to zero and median worker compensation costs were cut in half.

In 2005, congresswoman Chu was a member of the California State Assembly and championed the legislation that worker advocates now hold up as a model. That legislation, combined with the recommendations from NIOSH and practices used by the military, form the backbone of the minimum standards proposed in the new federal bill.

Public Citizen has rallied dozens of organizations in support of the legislation, saying climate change poses an urgent crisis for outdoor workers.

“As temperatures continue to rise, the problem is going to get worse,” said Shanna Devine, the organization’s worker health and safety advocate. “In some places, we’re going to lose the ability to work outside.”