Activists have been rallying and promoting the hashtag #ExxonKnew for years 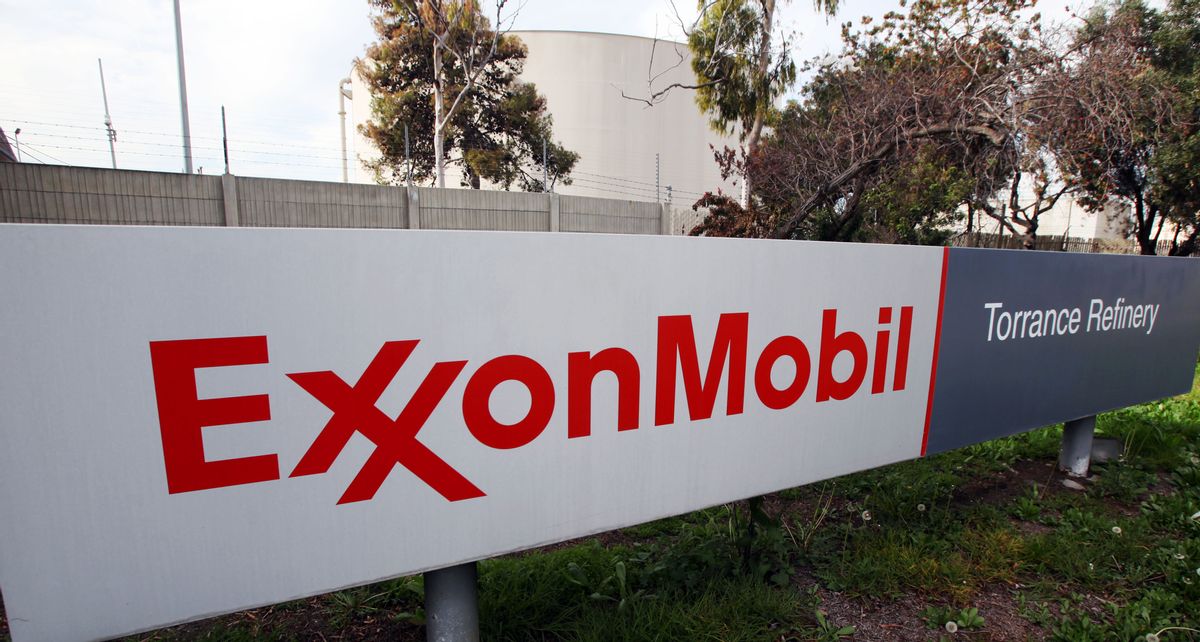 In January 7, 2019, after two years of struggle in the lower courts, Massachusetts Attorney General Maura Healey received some good news: The U.S. Supreme Court had cleared the way for her to investigate one of the largest fossil fuel corporations in the world — ExxonMobil — regarding what it knew, and when, about climate change.

The rapid heating of our planet poses an existential threat to all of us. Over the next decade, we must make significant changes to limit the most dire consequences of climate change. If we fail to do so, we know that under today's global power structures, the people who will be the most affected are the same ones who are currently experiencing the harshest effects of climate change.

No wonder then, that women, communities of color, communities in the global South, youth, low-income communities and Indigenous communities around the world have been developing just climate solutions that will address this crisis. What we need now is to move the fossil fuel industry and its backers out of the way so these solutions can be implemented. Those of us in the U.S. have significant opportunities to leverage the political climate at the state level toward that end.

The power of AG investigations

The fossil fuel industry's role in actively preventing effective global climate action has become increasingly clear with the publication of books like Nathaniel Rich's Losing Earth and Naomi Oreskes and Erik M. Conway's Merchants of Doubt. For about half a century, fossil fuel corporations manufactured doubt, attacked science and bought political loyalty. They effectively immobilized political will to implement any kind of legislation that would threaten their profits.

But not everyone was fooled. People on the front lines of climate change have been raising the alarm and developing solutions for decades. The People's Demands for Climate Justice, released last December, highlight many of these solutions, including energy democracy, agro-ecological practices and ecological restoration to recover natural carbon sinks. Just imagine where we could be today in implementing these kinds of just climate solutions but for the deception of the fossil fuel industry.

Healey's investigation of ExxonMobil is one step toward making up for this lost time. In 2016, the Massachusetts attorney general launched a civil investigation demand, attempting to force ExxonMobil to hand over internal documents related to climate change. The corporation not only refused to comply, it went one step further and sued Healey. Undeterred, Healey doggedly pursued her office's right to investigate ExxonMobil, even as the corporation took it all the way to the Supreme Court.

Now, with the refusal of the Supreme Court to hear ExxonMobil's case, Healey has set the precedent for other states that have similar consumer protection laws to launch similar investigations.

In fact, Healey's investigation hearkens back to the work of another attorney general taking on another abusive industry. Under former Attorney General Skip Humphrey III, Minnesota took its lawsuit against Big Tobacco all the way to trial — and settled in 1998.

But more importantly, this lawsuit led to the release of more than 30 million pages of internal industry documents — documents that would help pave the way for the implementation of lifesaving tobacco control laws around the world. The damning evidence of the tobacco industry's wrongdoings found in those documents spurred those working on the World Health Organization's global tobacco treaty. Formally known as the Framework Convention on Tobacco Control, it is the first public health and corporate accountability treaty in the world, and it is also one of the most quickly adopted and widely ratified treaties. It was adopted five years after the release of the industry documents.

There is no doubt that Healey's investigation and others can have similar global ramifications. The evidence they could uncover has the potential to spark action not only in the U.S. but also at the U.N. climate treaty, where necessary action has been stymied for decades under the influence of the fossil fuel industry and other big polluters.

It is no surprise, then, that the industry is scrambling to block these investigations and avoid litigation.

Going on the offensive, state by state

Not only did ExxonMobil pull out all the stops to try to halt the Massachusetts investigation, it is also attempting to protect itself from lawsuits related to climate change (along with other fossil fuel corporations). In 2017, ExxonMobil, along with BP, Shell and General Motors were founding members of an institute devised to promote market-based solutions to climate change. The institute subsequently released a plan that ExxonMobil, Shell and BP pledged millions of dollars to support. The plan proposes a modest tax on carbon — nothing in the scope of what would actually be needed to reduce emissions — in exchange for rollbacks on environmental protections and an end to climate liability lawsuits.

The U.S. is the largest total energy producer in the world, and under the Trump administration, the federal government is aggressively advancing the fossil fuel industry's agenda. For those of us who call this country home, we must do what we can to stand up to the industry bent on prioritizing its profits over global survival. Right now, we have a tremendous opportunity to go on the offensive at the state level — and investigations by attorneys general are critical to this.

Such investigations will help create the political climate and financing needed for the implementation of climate justice solutions led by those on the front lines of climate change. They will support other legal actions against the industry — including a lawsuit by Vanuatu, if the Pacific island country decides to go that route. Moreover, attorney general investigations have great potential to shift the public climate so more people demand accountability from the fossil fuel industry.

There are far too many ways that democracy is failing in the U.S. But Healey's investigation is one place where our political system is doing exactly what it should be doing: using the resources and power of public office to hold a powerful and harmful corporation to account. We need more elected officials to do the same.