Why won’t the charter school industry acknowledge its failures?

Nationwide, the litany of charter school outrages continues to grow. Why won't the industry reform? 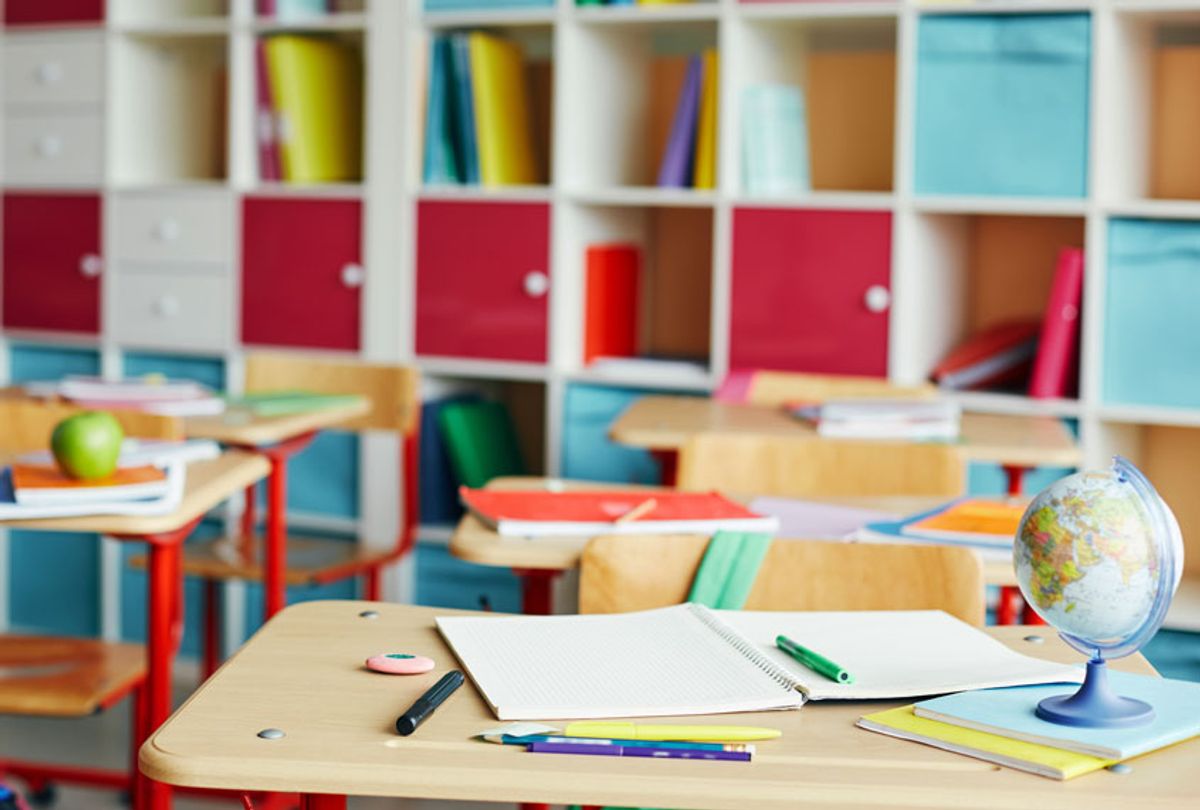 News broke recently about what may be the single biggest charter school scam ever in which an online charter school organization is alleged to have bilked the state of California for $80 million by enrolling tens of thousands of students into their programs, often without the students’ knowledge, and charging the state for nonexistent education services and bogus expenses related to operating the schools.

Nationwide, the litany of charter school outrages continues to grow — the Network for Public Education tallied 43 negative reports on charter schools from local and national news outlets in June alone. After a recent report I coauthored with NPE executive director Carol Burris found a federal government grant program had likely wasted as much as $1 billion on charter schools that never opened or were viable for only short periods of time, Burris and her colleagues followed up with yet more research that found $1 billion is likely an underestimate.

Charter advocates continue to dismiss these scandals as products of a few “bad apples,” but negative news about charter schools is landing blows to the industry’s image in California and nationwide.

Charter-friendly candidates in the Golden State have been trounced in recent elections, and in the Democratic Party presidential primary, campaign rhetoric surrounding the schools has been uniformly negative.

The charter industry is feelinga growing anxiety about public opinion turning against their schools. But recent developments both in California and at the national level show that rather than taking up an honest conversation about real reform, the industry is responding to criticism with behind-the-scenes maneuvering and a public relations campaign based on deception.

In California, where charters are more plentiful than in any other state, the widespread scandals are starting to prompt talk among top state leaders of much-needed reforms.

A new law recently passed requires charter schools to abide by the same open-meetings and conflict-of-interest rules as public schools. Also, a task force requested by Governor Gavin Newsom and assembled by State Superintendent Tony Thurmond issued a series of reasonable proposals that could rein in charter growth and increase much-needed oversight of these schools. One proposal to limit the number of charter authorizers in the state would likely have prevented the $80 million scam. Another recommendation would let authorizers consider financial and community impacts before approving new charters, considerations they’re currently prevented from taking into account.

Interestingly, the recommendations have come from a task force that includes a number of charter school leaders and representatives of pro-charter organizations. This could indicate a stronger willingness within the charter school community to address the corruption and mismanagement within their industry.

But another headline from California reveals a different story about the charter industry’s willingness to reform. According to emails leaked to a local blogger, shortly after teachers in Los Angeles concluded their successful strike that included, among other wins, a resolution from the local school board to end charter school expansions, charter industry operatives secretly conceived a plan to “take back” control of the board, elect a pro-charter mayor, and rewrite labor agreements in a way that would push out unionized teachers.

The primary author of the leaked “take back” plan even quotes Machiavelli about the need to feel “feared” rather than liked.

Other emails included in the leak revealed how the current superintendent, who was picked by the previous board for his pro-charter leanings, has been working in secret with local charter school leaders to align his actions with pro-charter messaging and policies.

As charter reform in California takes one step forward and two steps back, charter proponents operating at the national level show no signs of being willing to consider the need for more regulatory oversight.

For instance, months after the report Burris and I published about waste in the federal government’s charter school grant program, officials from the National Alliance for Public Charter Schools, a charter school lobbyist and advocacy group, attacked our report in a national media outlet supportive of charter schools.

The critique by Christy Wolfe and Nathan Barrett is a slog through a mostly unsubstantiated defense of a program their organization does not even administer and does not seem to have any greater understanding of than Burris and I’ve demonstrated. But what Wolfe and Barrett have written can serve as a useful example of how charter industry operatives continue to respond disingenuously to criticism of their schools no matter how reasonable and well-founded the criticism is.

As is so often the case, the first reaction charter school defenders have to critics is to attack the messenger, in this case, calling NPE “union-funded.”

The union-funded accusation is way off base, as Burris explains in her rebuttal published on a blog at the Washington Post. The accusation is sourced to a relatively small grant given to a former fiscal sponsor of NPE five years ago to help jump-start the organization’s first conference — a near-infinitesimal blip on the radar of the big money spent by education advocacy groups like NAPCS.

Wolfe and Barrett also accuse Burris and me of publishing “a hodgepodge of data sources, many not cited.” But a quick scroll to the footnotes in our report reveals over 100 citations to objective, unrelated sources, including Department of Education documents, Office of Inspector General audits, local newspaper reports, and articles in prominent national news outlets.

In the meantime, Wolfe and Barrett make plenty of assertions that are completely without sources, including this: “If a school closes, federally funded assets are liquidated or allocated to other schools,” and this: “when a funded school closes, at least some of the grant funding can usually be recovered.”

Another common deception Wolfe and Barrett employ is to claim expertise they’re unwilling to share. They describe their organization as having a “research team” of “several full-time staff members working year-round” who are “cross-checking across [sic] data sources” for “one of the most complex federal education-grant programs.”

Yet their critique of our report provides none of this supposed expertise—no new reports or data sets, just some generally unsubstantiated assertions about how the program works.

As Burris says, engaging in a point-by-point rebuttal to Wolfe and Barrett “would bore readers to tears.” Yet it’s instructive to note that much of the charter school lobbyists’ template for refuting criticism relies on convincing you that what you think you know from common wisdom and language is not really what you think it means.

For instance, charter school proponents would have you believe a “closed” school is not really closed if it was an “innovation” that just didn’t work out, or that if the failed school was “merged,” “downscaled” or “reorganized,” then it didn’t really close — even when you can verify that the school is no longer in an existing location or easily accessible to its original students.

As an example, Wolfe and Barrett point to University Yes Academy, which our report described as closed but they describe as “scale[d] back.” The Detroit charter had operated for years as a K-8 school, which it still operates, but had received a federal grant to open a separate high school campus. The high school program was fraught with financial and ethical problems and was closed a week before classes started for its last fall semester, sending scores of students and families scrambling to find courses they needed for graduation and college acceptance. You can call this a “scale back” if you want, but that would be like McDonald’s closing restaurants and calling it a menu reduction.

Similarly, Wolfe and Barrett want to convince you that federal funds going to “prospective schools” that have yet to open, often several years after receiving the grant money, are not in any way “risks” to taxpayer funds. Time and again, Burris and I found charter school grant recipients on very shaky grounds that even Department of Education reviewers said made them “not financially viable.”

One such school, a prospective charter in Hawaii, obtained a grant and then delayed its opening for years while it searched for a location. Recently, the school announced it will open in a temporary location above a Buffalo Wild Wings at a shopping center for the 2019-2020 school year. Yet Wolfe and Barrett want you to believe that gambling on this school, and hundreds of others like it, with your tax dollars is the rightful “premise” of a government program.

But the most deceptive argument Wolfe and Barrett employ would have you believe charter schools haphazardly opening and closing is “a good thing for students — and for anyone who cares about quality and accountability in schools,” while public schools are the real source of “waste” in the system.

No one disputes that public schools, especially those in communities that experience a lack of investment from tax dollars and the private sector, often struggle to meet various standards for quality due to a multiplicity of factors. Nevertheless, public schools remain society’s most preferred and best attempt to guarantee an education to every child, while private enterprises like charters have the option of closing down whenever they want because the public system remains as a safety net for students and families.

This is not to accuse every charter school of running a scam and to generalize that all charters are resistant to reasonable oversight. But the growth of these schools has been accompanied by the creation of a vast charter-industrial complex made up of organizations like NAPCS and the California advocacy groups who collude to undermine teachers and elections. Whether they operate in backrooms and boardrooms where policy is decided or in the public spaces of state capitals and prominent media outlets, they seem more determined than ever to resist reform of charter schools through a unified campaign of deception and denial.

If that sounds like a conspiracy theory to you, keep in mind the alleged mastermind of that $80 million charter scandal in California. As Burris notes, he “began his operation” as the CEO of a charter school chain that received $2,825,000 from the federal government’s charter school grant program.