Why the Democratic leadership must go. 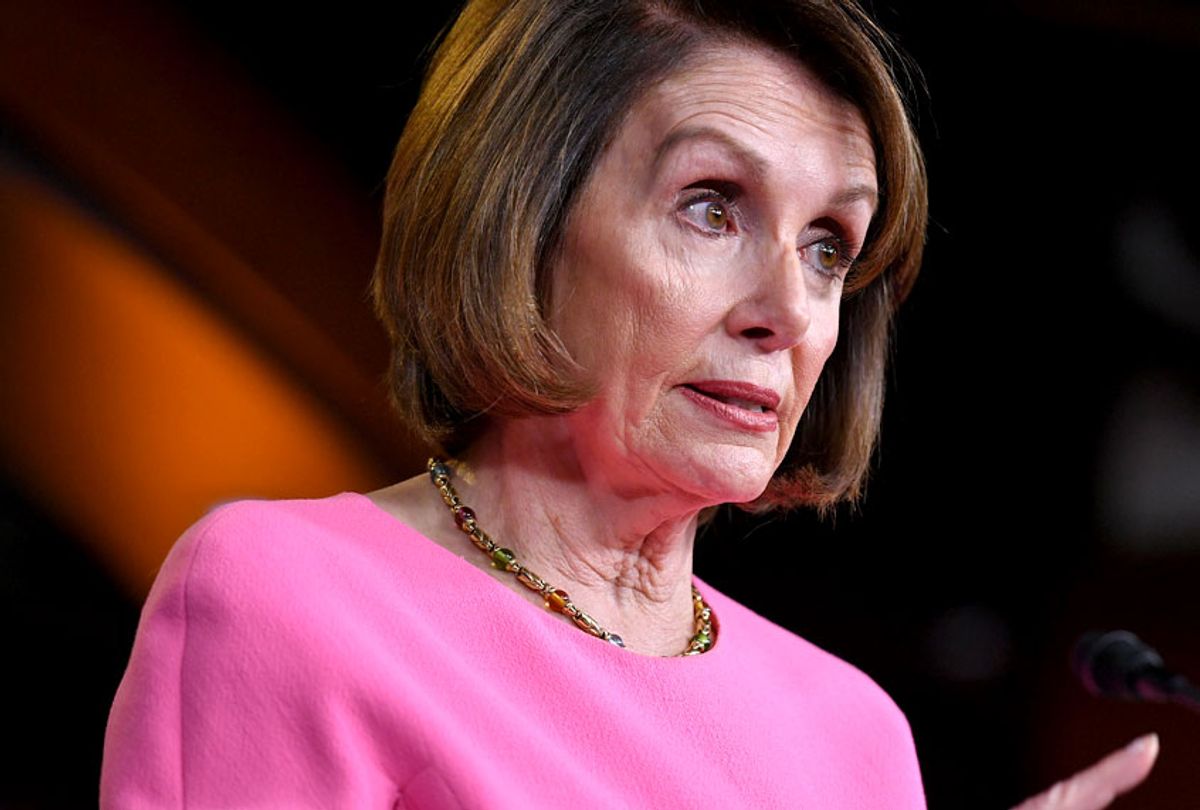 All are older than the average life expectancy in the United States, which stood at 78.7 years in 2018.

With age comes wisdom and experience. No doubt. But with age also comes a greater commitment to the status quo, because the older we get, the more we have to lose from change.

Take climate change, for example. If we really were to address the fundamental threat to our long-term existence with aggressive measures, it would highly inconvenience all of us. Let’s not fool ourselves.

But why pay that price, when you are unlikely to be around when the planet becomes no longer sustainable?

This is the key reason why Nancy Pelosi right at the beginning of her speakership referred to the Green New Deal, the passionate plea for climate change action promoted by young and newly elected representatives, dismissively as the “the Green dream or whatever they call it.”

She quickly lasered in on the chief architect of the Green New Deal, Alexandria Ocasio-Cortez (29), and her young freshmen colleagues in the House, partly in a fit of “feminist envy” and, of course, because they were a threat to the status quo and the way things are done.

Pelosi also surrendered to the Senate Majority leader, Republican Mitch McConnell, when she deleted language from the $4.6 billion border funding bill of the House that demanded to “protect migrant children,” only so that the tired, aging lawmakers could go home for the 4th of July.

Who cares about principles, when you want to take time off? The border bill passed and, of course, it was rightly opposed by the young Democratic “troublemakers.”

Bernie Sanders (77), another near-octogenarian top contender for the Democratic nomination for president, said a couple of days ago that Nancy Pelosi was “a little bit” too tough on Ocasio-Cortez.

So much for “Socialist” solidarity (both Sanders and Ocasio-Cortez brand themselves — falsely I might add — as democratic socialists).

Of course, Joe Biden the apparent front-runner of the Democratic race, who would be 78 by the time he swears the oath of office, if elected, is largely silent on the matter. He is still reveling in the good old days, when he, as a young member of the Senate, civilly struck deals with his Segregationist colleagues.

This stunning (mis)behavior by the old guard egged on Donald Trump feeling his oats to, once again, go on a racist rant. He tweeted that the four leading women of color who represent the young (even at heart) and passionate people should go back to the miserable countries they came from.

All but one were born in the United States. That country may have become miserable under his leadership, but they have nowhere else to go.

But Trump was enabled to get away with this by the old, out-of-touch leadership of the Democratic Party.

Republicans first kept largely quiet after Trump’s latest racist vitriol and now they even defend those words. As Representative Liz Cheney, the daughter of “Darth Vader” former Vice President Dick Cheney, put it today, GOP opposition to Democratic ideas has “absolutely nothing to do with race or gender or religion.”

Oddly, she has a point. Republicans cannot defeat many of the Democratic ideas on merit, so they choose to attack them by appealing to racism or sexism.

But what the Democratic establishment fails to understand is that these young women and the diverse freshmen colleagues of theirs are the reason for the current Democratic majority in the House of Representatives.

Not only did young and diverse voters turn out in November 2018, they also ran for office. They are the reason why Nancy Pelosi has become — once again and frankly once too often — Speaker of the House.

Without their passion and their enthusiasm not just in blue states, but especially in swing states, the presidential elections in 2020 will likely be lost to Donald Trump and the House will return to the gerrymandered Republican majority.

Let me be clear, those elections are all about turnout and Nancy Pelosi and her old colleagues are a turnoff for the young as well as for the middle-aged.

I deeply criticized young people, who refused to vote in 2016, because they had little trust in Hillary Clinton. I told them that too much was at stake.

They were turned off and did not turn out. The current governmental chaos of Donald Trump is largely their responsibility.

But, let me equally clear: If Joe Biden or Bernie Sanders become the nominee of the Democratic Party and if Nancy Pelosi and her “experienced” friends continue their assault on real change promoted by fresh, young minds, I will not vote on Election Day in 2020. Enough is enough.

Let Donald Trump and the Republican Party win and move this country even further towards a failed state. Democrats will bear responsibility for this descent. This time it will be the old guard that has to live with that responsibility.