Women are less supportive of space exploration – getting a woman on the Moon might change that. 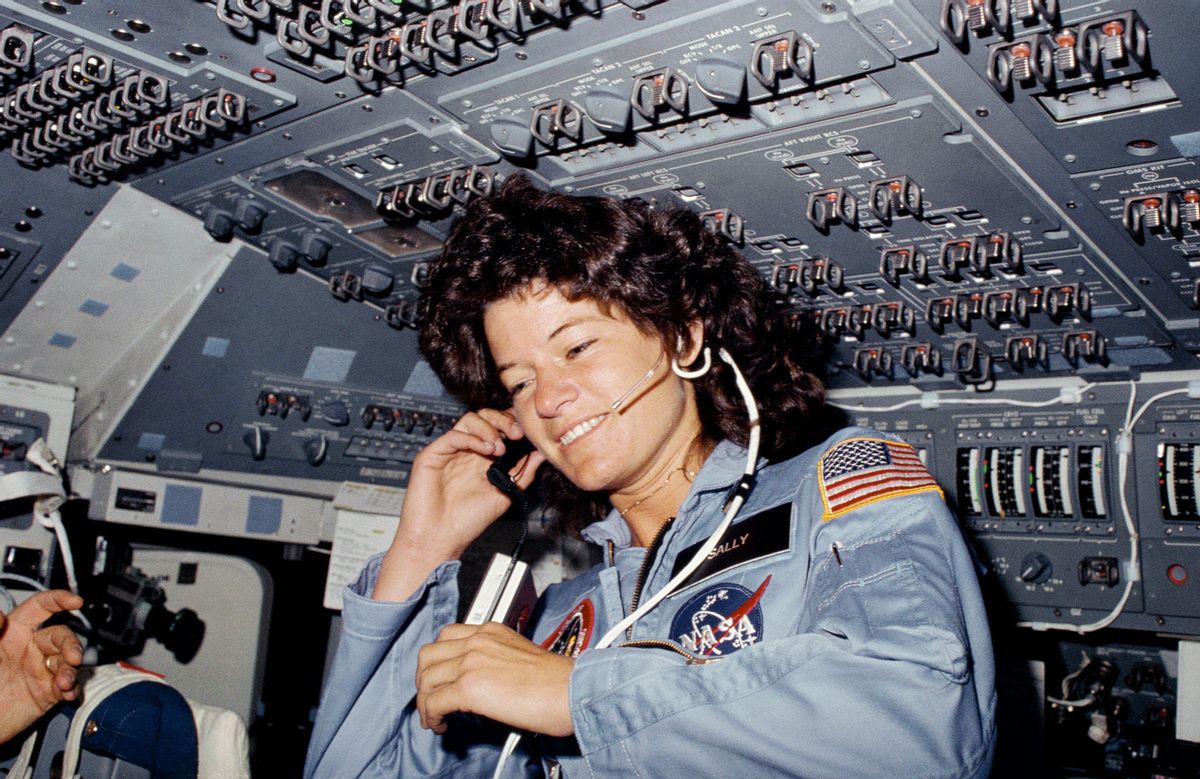 Astronaut Sally Ride on the flight deck of the space shuttle Challenger in 1983. (NASA/Wikicommons)
--

In March 2019, Vice President Mike Pence stated that the goal of NASA should be to return humans to the Moon by 2024. While the cost of such a venture isn’t known yet, NASA Administrator Jim Bridenstine has supported the effort and gone as far as naming the 2024 Moon mission, Artemis.

The selection of Artemis is no mistake. In Greek mythology, Artemis was the sister of Apollo as well as goddess of the Moon. The name also signals a new focus on the role of women in space exploration.

From my perspective as a space policy analyst, this is an important message for NASA to send. Women have been historically excluded from the space program, especially early on. While women have made inroads both as astronauts and more generally within the NASA ranks since, there remains a significant gender gap in support for space exploration.

And for Artemis to succeed in getting the first woman to the Moon by 2024, a lot of political and public support will be required. But a recent AP-NORC poll found there is not a lot of enthusiasm for going back to the Moon. Only 42% of the 1,137 respondents supported the idea, 20% opposed it, and 38% didn’t care either way. NASA’s efforts to reach out to women should help them garner support, but it is by no means guaranteed.

Women in space and STEM

There is a long-recognized gap in the number of men and women who pursue careers in science, technology, engineering and math, with women lagging far behind. Research into this phenomenon has ruled out differences in mental ability. Rather it attributes the gap to the power of stereotypes on young children.

One need look no further than the early space program for evidence of this. The astronauts of the 1950s and 1960s were all men, a natural result of the requirements for astronauts to have a military and test-piloting background. Given that women were not allowed in these fields to begin with, they were excluded.

Some people, like pioneering female pilot Jerrie Cobb and NASA flight surgeon William Lovelace, believed that women were just as capable and perhaps better suited to be astronauts than men. During a House hearing on gender discrimination in NASA, John Glenn, the first American to orbit the Earth, testified to Congress that women didn’t belong in the space program, stating: “The men go off and fight the wars and fly the airplanes and come back and help design and build and test them. The fact that women are not in this field is a fact of our social order.”

Though 13 women eventually passed medical tests given by Lovelace, the same tests given to NASA astronauts, they were completely excluded. It wasn’t until 1983 when the first American woman, Sally Ride, earned her astronaut wings.

Considerable effort has been made to increase both the engagement of women and girls in STEM as well as pathways to their involvement. NASA, for its part, has retroactively recognized the women who supported the early space program. The 2016 film “Hidden Figures” (itself based on a book) highlighted the role of African American computer specialists in supporting the Mercury missions. One of the featured women, Katherine Johnson, was awarded the Presidential Medal of Freedom by President Barack Obama in 2015, and in 2019, a NASA testing facility was named after her.

More recently, NASA renamed the street in front of their Washington, D.C. headquarters “Hidden Figures Way.” A Lego set featuring the women of NASA was released in 2017 with Margaret Hamilton, Nancy G. Roman, Mae Jemison and Sally Ride. NASA Administrator Bridenstine has repeatedly emphasized that Artemis will feature the first woman on the Moon.

Despite these efforts, there continues to be a gender gap in support for space exploration. Since 1973, the General Social Survey, a now biannual, representative public opinion survey of Americans, has asked respondents whether they believe spending on the space exploration program is too much, about right, or too little. Looking at the percentages of people who respond “too little,” we can assume that if they would like to see more funding, they also support a more expansive space exploration program. The data shows that there is an average gap of over 10 points between the percentages of men and women who support more funding. The gap has fluctuated over time: In 1974, there was only a 6.8 percentage point difference while in 1988, the gap reached 19.7 percentage points. In 2016, the gap sat at 9.7.

These data show that the support of women for an expanded space exploration program will not be easy to come by and women-friendly rhetoric may not fix the problem. Despite years of effort to stimulate interest in space and STEM by NASA and others, the gender gap in support for space exploration is growing.

While my current research project is examining this phenomenon, previous research shows that the influence of stereotypes begins when children quite young. The result might be that today’s young girls will be influenced by Artemis, but they will not contribute the political and public support needed to fund Artemis in the first place.

Solving societal problems like perceptions of women in science is a long game that will not be easily solved by turning something pink. It is admirable of NASA to make these efforts, but more work and time will be needed if the gender gap in space is to be fully closed.