"The Lion King," beautiful and bland: With nostalgia upgrades, there's always a cost

Disney's "Lion King" remake is gorgeous. But the artificial sweetness and color of the original is sorely missed 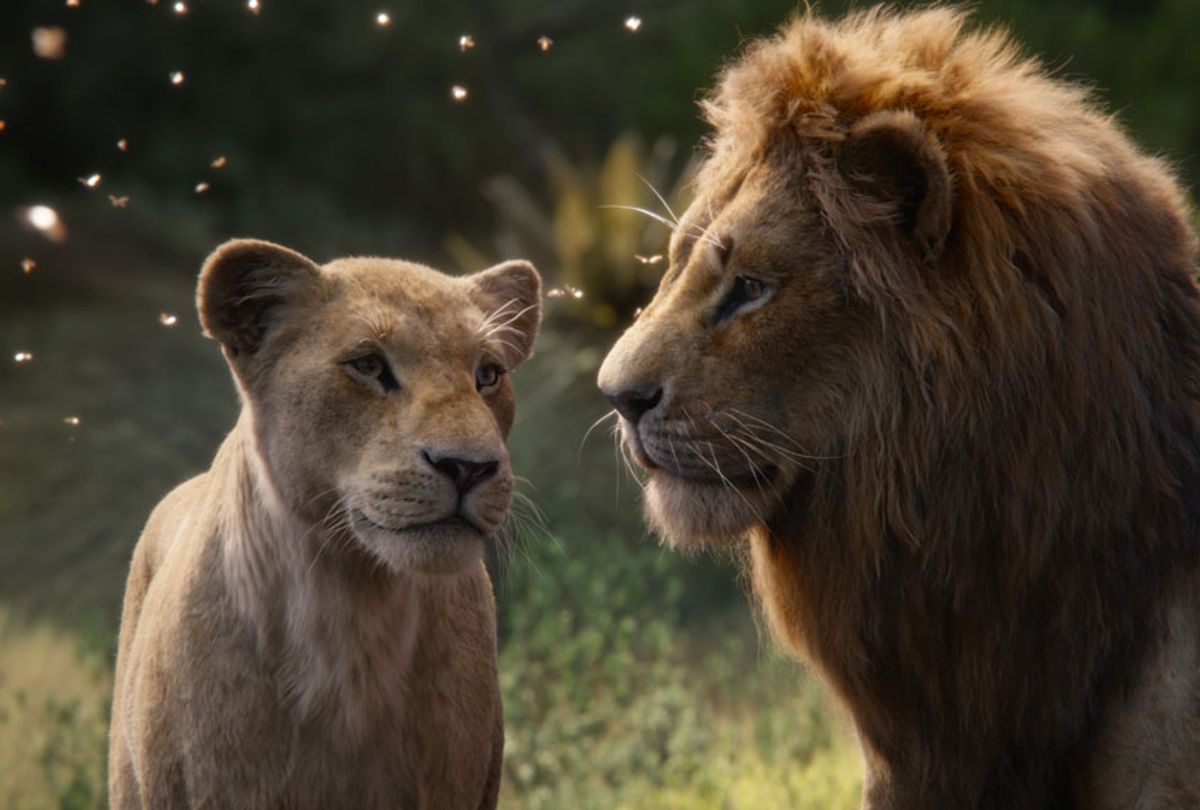 Occasionally, a well-respected chef will announce a pop-up event called something like “Eating Nostalgia” or “Dinner With Your Inner Child.” Adults will gather for a tasting menu of exquisitely-prepared takes on kids’ food: a PB&J is now a fig and almond butter panini, the french fries are dipped in aioli. At the end of the evening, after draining their boozy Capri Suns, people will push aside the adult-coloring books on the table and pay the tab.

“That was fun,” they’ll remark. “I didn’t know you could do that to chicken nuggets.”

But there’s always a lingering sense that something is missing — a certain crunch, a burst of sugar, the backdrop of 5th grade summer break — from these displays of professionalized nostalgia. The presentations are beautiful, but a little bland when compared to what came before, much like the 2019 remake of Disney’s “The Lion King.”

This version, which is a near shot-for-shot replication of the 1994 film, is stunning to look at. It’s a landmark of visual effects technology, with meticulous attention paid to detail. In their quest for accurate photorealism, animators accounted for every shadow across the Pridelands and every strand of fur (to the point that, when the trailer was first released, it seemed a whole subset of “Lion King” fans were unaware of what an actual warthog looked like and began complaining with the hashtag #NotMyPumbaa).

Looking into Simba’s eyes, which looked so shockingly real, I thought about Stanley, my dachshund, and hoped that he has as rich an internal life.

Because of this, I feel like the film earns a certain level of immediate emotional buy-in from anyone who watches nature documentaries and anthropomorphizes the actions of the subjects. Watching “The Lion King,” I couldn’t help but think of the Animal Planet show “Meerkat Manor,” a mid-2000s telenovela-style series that followed the relationships — friendly, romantic and feuding — between rival meerkat colonies.

When Flower, matriarch of the Whiskers clan, was killed in a snake attack in the Kalahari desert, the New York Times reported that the wire service UPI issued a report on the death.

“It proceeded in the earnest tone of an obituary, leaving you to wonder why a phrase like ‘Services to be held at Temple Emanuel next Friday’ had been omitted,” wrote Ginia Bellafante.“Thousands have outlined the particularities of their sadness on Internet message boards, some claiming they haven’t cried so much since they lost a parent.”

It’s a direct parallel to the death of Mufasa (voiced, as in the original animated feature, by James Earl Jones) at the hands of his brother Scar (Chiwetel Ejiofor). I remember, as many do, the first time I watched Mufasa’s body drop into the gorge, the wildebeests stampeding below.

I cried in 1994, and I cried last week — but mostly because I remembered how I felt 25 years ago, when the feelings were fresh and intense.

And that, perhaps, is the main shortcoming of the new “Lion King.” Despite the superstar talent of the cast — Beyoncé (Nala), Donald Glover (Simba), Seth Rogen (Pumbaa), Billy Eichner (Timon) — and the stunning presentation, it misses some of the heart that placed the original securely in the pop culture canon.

There are things that real animals, the type Disney endeavored to portray in this remake, just can’t do. Meerkats can’t dance in hula skirts, baboons don’t go around popping lions over the head with a ritual staffs, lions can’t sing tear-jerking ballads.

But that inherent dissonance hasn’t prevented the movie from becoming a mega-blockbuster.

According to the Hollywood Reporter, “‘The Lion King’ stampeded to an estimated $185 million in its North American debut for a 10-day worldwide total of $531 million through Sunday (it opened a week early in China, where it has earned $97.5 million to date).”

With numbers like that, Disney isn’t likely to back off their attempts to capitalize on live-action, second-generation remakes of classics like “Beauty and the Beast,” “The Jungle Book” and the upcoming “The Little Mermaid.” But like with those gourmet grown-up takes on kid food, if you remove all the artificial brightness, sweetness and color, some of the magic of the original can end up thrown out as well. The ingredients may have been fake, but the result was pure fantasy.