Trump to curtail due process for immigrants facing deportation 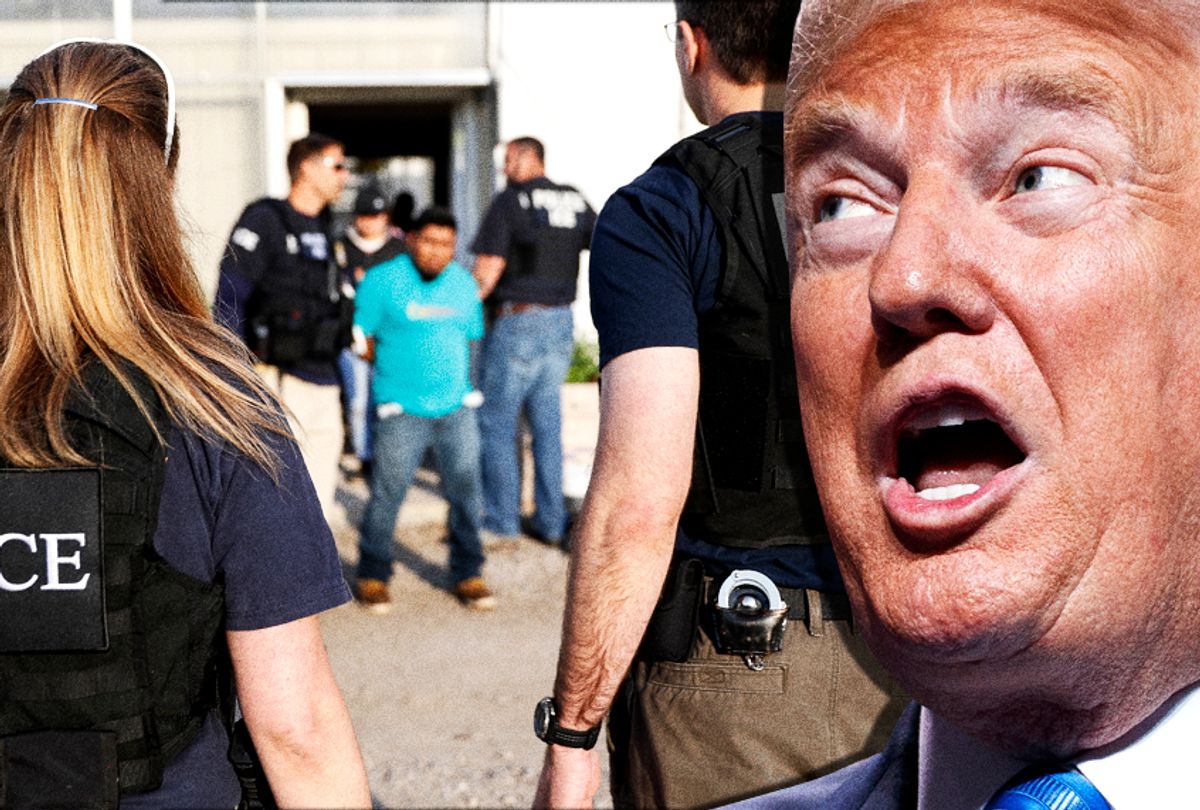 The White House is planning to bypass immigration courts and deport undocumented immigrants anywhere in the United States who cannot prove they have lived in the country continuously for more than two years.

The notice, set to be published in the Federal Register on Tuesday, intends to expand the Department of Homeland Security's authority to use "expedited removal," the fast-track deportation process that permits low-level immigration authorities to remove an individual without a hearing before an immigration judge. The Homeland Security Department said in the notice that the change will "enhance national security and public safety — while reducing government costs — by facilitating prompt immigration determinations."

Current policy allows immigration officials to deport undocumented immigrants who were caught within 100 miles of a U.S. land border and for individuals who have been in the country for less than two weeks. In addition, when arrests are made, individuals are subject to deportation proceedings and wait in the country for their cases to be heard by immigration judges — a process with massive court backlogs.

The proposed expansion could cause at least 20,000 more immigrants to be placed in expedited removal every year, according to an analysis of 2018 enforcement data by the Migration Policy Institute.

"It's hard to overstate the scope of this expedited removal expansion: It's going from 2 weeks and within 100 miles of the border to 2 years and anywhere in the entire U.S.," tweeted Chris Geidner, senior adviser for law and public policy at the Justice Collaborative and former legal journalist at BuzzFeed News.

The American Immigration Council said the change would allow immigration officers to serve "both as a prosecutor and judge. Further, given the speed at which the process takes place, there is rarely an opportunity to collect evidence or consult with an attorney, family member, or friend before the decision is made."

The proposed expansion marks the latest effort by President Donald Trump to crack down on legal and illegal immigration. Last week, the administration pushed through a regulation that will prohibit asylum-seekers who pass through another country and do not seek asylum there from being eligible for protection when they reach the nation's border. It also threatened to round up thousands of undocumented immigrants in mass deportation raids, though immigration rights advocates said there is little evidence those materialized.

Despite the administration's aggressive efforts to arrest and detain undocumented immigrants throughout the country, the number of migrants and asylum-seekers arriving at the nation's southern border has grown significantly under Trump and has overwhelmed detention centers.

Nearly 700,000 migrants have been detained along the U.S. border during the first nine months of the 2019 fiscal year, according to U.S. Customs and Border Protection (CBP) data.

The new rule is likely to face legal challenges from immigrant rights and civil liberties groups. In the past, federal judges have blocked other attempts by the administration to change the asylum policy, including the president's attempt to deny protection to migrants who did not enter the country through a legal point of entry.

"Under this unlawful plan, immigrants who have lived here for years would be deported with less due process than people get in traffic court," Omar Jadwat, director of the Immigrants' Rights Project of the ACLU, said in a statement. "We will sue to end this policy quickly."